Twin Cities Film Fest (TCFF) is excited to offer a sneak peak at several films coming to their 2013 lineup, including some of the most anticipated films of the year. TCFF is less than two months away, it will will run from October 17 – October 26.

Jatin Setia, executive director of the Twin Cities Film Fest, said this year’s slate of studio premieres represents the most promising, star-studded lineup in TCFF history: “The buzz we’re already hearing, from people wanting tickets to the new Meryl Streep-Julia Roberts premiere, to the new Alexander Payne film – which is sure to be a Best Picture contender – is deafening. And to then see subjects like Nelson Mandela and Simon Cowell in our lineup – for any serious movie lover, this is the true beginning of the Oscar race.”

While specific dates and showtimes are not yet public, TCFF is excited to showcase the following films:

After receiving a sweepstakes letter in the mail, a cantankerous father (Bruce Dern) thinks he’s struck it rich, and wrangles his son (Will Forte) into taking a road trip to claim the fortune. Shot in black and white across four states, Nebraska tells the stories of family life in the heartland of America. NEBRASKA is written by Bob Nelson and directed by Alexander Payne, which last film The Descendants won Best Adapted Screenplay.

Dern won Best Actor award at Cannes in this comedy drama, and in this interview with Filmmaker Magazine, Dern “…considered Alexander Payne to be a “genius” and why he “wouldn’t dare” to deviate from Payne’s script because “he’s too good.” Check out the first trailer:

From the director of The Devil Wears Prada, ONE CHANCE is a comedy based on the remarkable and inspirational true story of Paul Potts, a shy, bullied shop assistant by day and an amateur opera singer by night. Paul became an instant YouTube phenomenon after being chosen by Simon Cowell for ‘Britain’s Got Talent.’

No trailer yet but here’s that Britain’s Got Talent clip from a couple of years ago of the real Paul Potts. Make sure you have some Kleenex handy:

GET THEM EARLY
(while supplies last) 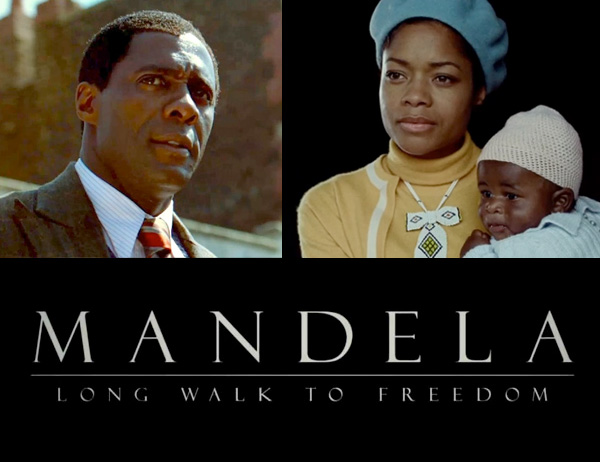 The film is based on South African President Nelson Mandela’s autobiography of the same name, which chronicles his early life, coming of age, education and 27 years in prison before becoming President and working to rebuild the country’s once segregated society. Idris Elba (Pacific Rim, Prometheus) stars as Nelson Mandela, Naomie Harris (Skyfall) stars as Winnie Mandela, with Justin Chadwick (The Other Boleyn Girl) directing.

I LOVE this cast! I’m a huge fan of Elba, who I think would make a fine Bond (if the producers are brave enough for a Black Bond) and Naomi was a sassy Bond girl in Skyfall so what a perfect pairing! I’ve seen about three Nelson Mandela films so far, with actors of various built and height portraying the titular world leader. I must say that Elba seems too big physically (not to mention hunky!) to play Mandela, but hey, it sounds like a meaty role for the talented actor, so I’m definitely looking forward to this! 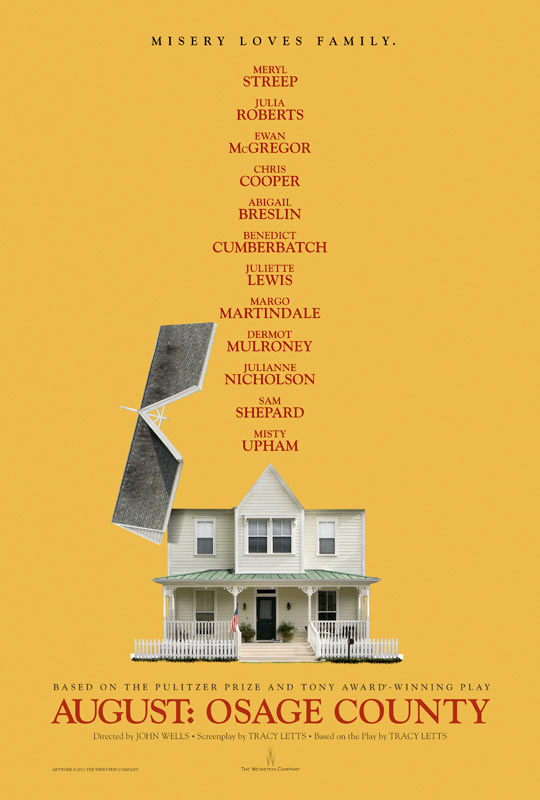 This is one of those movies I’d watch just for the cast. I mean, just look at the names in that poster! This film is based on Tracy Letts’ Pulitzer Prize-winning play of the same name made its Broadway debut in December 2007. It continued with a successful international run and was the winner of five Tony Awards in 2008, including Best Play.

It tells the dark, hilarious and deeply touching story of the strong-willed women of the Weston family, whose lives have diverged until a family crisis brings them back to the Midwest house they grew up in, and to the dysfunctional woman who raised them. AUGUST: OSAGE COUNTY is directed by John Wells (The Company Men) and features an all-star cast, including Meryl Streep, Julia Roberts, Ewan McGregor, Chris Cooper, Abigail Breslin, Benedict Cumberbatch, Juliette Lewis, Margo Martindale, Dermot Mulroney, Sam Shepard and Misty Upham.

This is one of my most-anticipated Fall movies so I’m thrilled TCFF’s got it! There’s already Oscar buzz on Meryl Streep and Julia Roberts in the Best Supporting Actress category. Now, I’m particularly curious about Cumberbatch’s role in this, who along with McGregor are the only two Brits in this star-studded cast. Their roles are probably pretty small though.

In early September, TCFF will announce its full 10-day slate, compiled from more than 300 viewed contenders and submissions. Tickets will go on-sale at twincitiesfilmfest.org beginning October 1, 2013.

What do you think of this early lineup folks? Any one of these on your must-see list?