Hello folks, welcome to the second 2013 edition of Five for the Fifth!!

As is customary for this monthly feature, I get to post five random news item/observation/poster, etc. and then turn it over to you to share your take on that given topic. You can see the previous five-for-the-fifth posts here.

1. Well, since it’s February and Valentine’s day is just over a week away, I thought I’d make the first topic to be romantic film. Of course a Nicholas Sparks movie adaptation is not far behind as Safe Haven, starring Josh Duhamel and Julianne Hough will be released just in time next Thursday. I have zero interest in seeing that one, I think The Notebook was the only one from Sparks I was remotely interested in and I wasn’t as enamored by it as most people. I was kinda feeling sorry for James Marsden!

I made this list of the kind of romantic films I love. I don’t really remember when the last time I was really swept away by a romantic film, the way Return To Me or Somewhere in Time did that left such a lasting impression on me.

So now I turn it over to you folks, what’s your favorite romantic film of all time?

2. Continuing on the romance thread, I made this top ten favorite movie couples list, which includes the likes of Russell Crowe & Kim Basinger in L.A. Confidential, Christian Bale & Emily Watson in Equillibrium, and Heath Ledger & Julia Stiles in Ten Things I Hate About You, among others. I proceeded to make a wish list of who I’d like to see on-screen together.

I’m not as keen on some of the pairings as I once was, but I think out of those ten, I’d still love to see Christian Bale & Emily Blunt, Edward Norton & Maggie Gyllenhaal and Timothy Dalton & Emma Thomson (or Helen Mirren) play a romantic couple 😀

I thought the pairing of Tom Hiddleston and Tilda Swinton is very intriguing. Have you seen this photo yet from the upcoming vampire drama Only Lovers Left Alive? 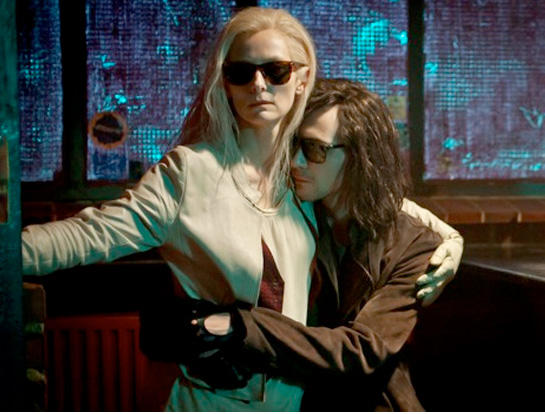 Only Lovers Left Alive is written and directed by Jim Jarmusch (Dead Man, Ghost Dog: Way of the Samurai, Broken Flowers, and The Limits of Control previously) and stars Hiddleston as Adam, an underground musician who’s deeply depressed by the direction of human activities. He reunites with his centuries-long lover, Eve (Swinton), but their romance is quickly interrupted by Eve’s crazy, tumultuous younger sister Ava.

I think we can expect an unconventional vampire romance flick here from Jarmusch. Hiddleston is one of my fave Brits right now and he looks good channeling Sirius Black here as a rock star. Swinton is just so freakishly talented, I’m very curious to see them together. I’ve only seen Broken Flowers out of his filmography, but this one certainly piqued my interest.

Switching gears to a prominent filmmaker who’s been saying for years that he’d retire… Steven Soderbergh. Now, I don’t really know what to make of this Atlanta native. Out of about a dozen of his feature films, I’ve only seen nine (it could’ve been a full 10 movies, but my hubby and I turned off The Good German after about 10 minutes as we were too sleepy a few years ago and we haven’t had the desire to pick it up again). Three of the nine I saw in the last 12 months with mixed reaction, Haywire was good, Contagion ok, and Magic Mike, meh. I’m still finishing up my review of Side Effects which is out this weekend.

His work never scream ‘must see’ to me, though I appreciate his boldness in experimenting with different genres and subject matter, I don’t know that I actually ‘get’ his style. As for his retirement, his comment in Vulture.com caught my eye:

The worst development in filmmaking—particularly in the last five years—is how badly directors are treated. It’s become absolutely horrible the way the people with the money decide they can fart in the kitchen, to put it bluntly. It’s not just studios—it’s anyone who is ­financing a film. I guess I don’t understand the assumption that the director is presumptively wrong about what the audience wants or needs when they are the first audience, in a way. And probably got into making movies ­because of being in that audience.

What do you think of Soderbergh’s comment and/or his pending retirement? Are you a fan of his work?

4. Back in January, my hubby showed me this short sci-fi film on Vimeo called NOON, directed by Kasra Farahani. Below is the gist from per THR:

Noon is set in two centuries in the future where, due to a shift in the Earth’s axis, the Arctic is one of the only inhabitable lands left, although it is in a perpetual state of day. The scene focuses on a man who facilitates the transfer of illegal immigrants in Noon, the city-state up there.

Additional info from the official website: The short sets up the world’s unique premise and introduces our protagonist, Gray, a coyote numbed to the cruelty of the world and his part in it. We watch Gray struggle to salvage what humanity still exists within him when profit is pitted against morality. 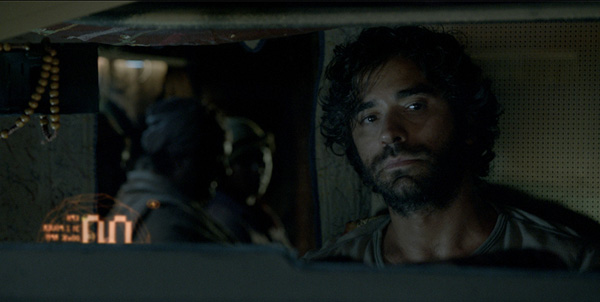 Watch the 12-minute scene below:

Well, according to THR, Chernin Entertainment, the production company behind Rise of the Planet of the Apes and the upcoming Tom Cruise sci-fi thriller Oblivion, has purchased the rights of the film. Apparently Farahani is a concept artist who has worked on movies such as Spider-Man 3, Hancock and The Curious Case of Benjamin Button, and as an art director on Thor, Men In Black 3 and the upcoming Star Trek Into Darkness.

This  looks quite promising, the concept, ambiance and acting are very good, makes me curious to see more. I don’t know if they’d retain some of the actors for the big screen treatment. If that’s unlikely, I’d love to see say, Oscar Isaac in the lead role.

What do you think of this project? Any particular actor you’d like to see getting cast here?

5. Twitter and blogs were all abuzz when House of Cards premiered last week on February 1st. It’s kind of a big deal as it’s the first of its kind from Netflix, which released all 13 episodes all at once (Netflix has ordered 26 episodes to air over two seasons). It’s a big gamble from Netflix and whether or not it’ll pay off for the company remains to be seen. Certainly for a streaming subscriber like me, it’s a VERY good thing!

Kevin Spacey sounds perfectly sinister for the part of Francis Underwood, an ambitious Democratic congressman and House Majority Whip with his eye on the top prize in D.C. He has his hands on every secret in politics – and is willing to betray them all to become President. David Fincher has directed a couple of episodes in his TV directorial debut. I’m hoping to catch up on this series next weekend, but the reviews have been positive. The rest of the cast looks pretty good too: Robin Wright, Corey Stoll, and Kate Mara (who apparently got the job thanks to her sister Rooney who worked with Fincher). Kid in the Front Row had an in-depth review and analysis of the show that made me even more intrigued!

Check out the trailer below if you haven’t already:
…

So my last question to you is, have you seen this show yet? If not, would you be watching?

That’s it for the February 2013 edition of Five for the Fifth, folks. Now, please pick a question out of the five above or better yet, do ‘em all! 😀