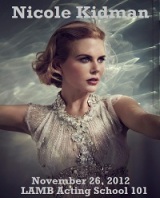 This post is for the current LAMB Acting School 101 on Nicole Kidman.  As I haven’t got a chance to catch up on a ton of her work (as I’ve mentioned here), I decided to just choose the top three favorite roles of the 11 films I’ve seen her in so far.

I actually include Nicole in my Movie Alphabet I did recently as I generally quite like her and I think she’s one of the most glamorous Hollywood actress working today. I included her in the Honorable Mentions in my Top 10 Hottest Aussie Actors, but in hindsight, I’d probably swap Sam Worthington with her as I’m not too fond of him lately.

I do think Nicole should lay off on the Botox and not be so obsessed with looking perfect as she ends up looking so plastic with scary lips! I mean the statuesque 5’11” actress looked so fresh when she was starting out, with her freckles and glorious curly red hair. I mean just look at her photos from then and now… 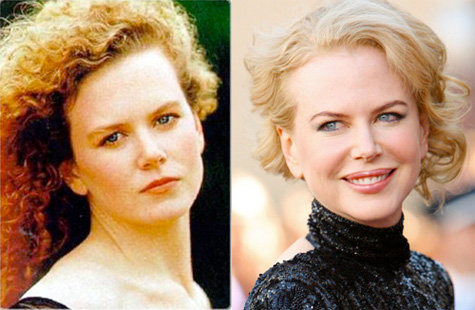 In any case, she is a talented actress and I give her props for trying out different genres and not afraid to portray morally-ambiguous, even down-right evil characters. I thought she was pretty good in the far-more-watchable Joel Schumacher Batman movie Batman Forever with Val Kilmer. An interesting trivia – She has co-starred with four actors who’ve played Batman in a movie: In My Life (1993) with Michael Keaton, Batman Forever (1995) with Val Kilmer, The Peacemaker (1997) with George Clooney and The Portrait of a Lady (1996) with Christian Bale.

I’m looking forward to seeing more of her work, especially her Oscar-winning performance in The Hours, as well as her most recent ones such as Hemingway & Gellhorn with Clive Owen and her role as the eternal beauty Grace Kelly in Grace of Monaco.

Anyway, without further ado, here are my picks of Nicole’s Top 3 performances: 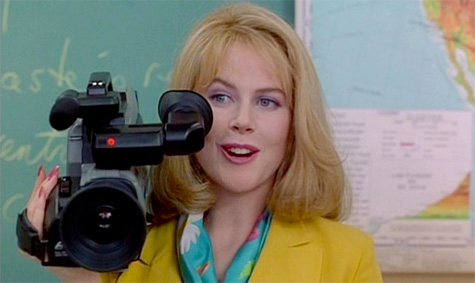 I saw this years ago but was impressed by her fearless performance as a ruthless TV personality who’s willing to get what she wants, no matter what the cost, even killing her own husband! She’s the ultimate femme fatale: seductive and dangerous! Apparently she fought to get this role and was quite relentless in that pursuit, even tracking down director Gus Van Sant & calling him personally. Well, it paid off and I think she won a Golden Globe for her performance. Joaquin Phoenix turned in a memorable performance as well. 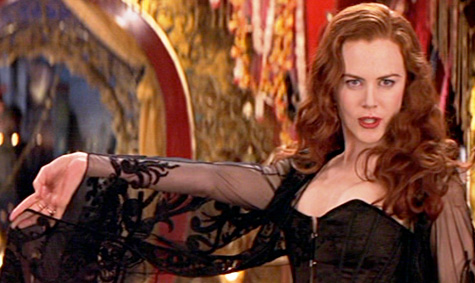 I adore this film and it stands as one of my all-time favorite musicals. I wasn’t sure about the pairing of Ewan McGregor and Nicole at first, but they both wowed me here. Not only did they sound fabulous singing together, they also have excellent chemistry here. Nicole was appropriately sultry as an elite courtesan, but she also displays her comic timing in the scene where Satine first met Ewan’s character whom she thought was the Duke in her bedroom! She also conveys believable pathos towards the third part of the film, displaying her versatility as an actress.
… 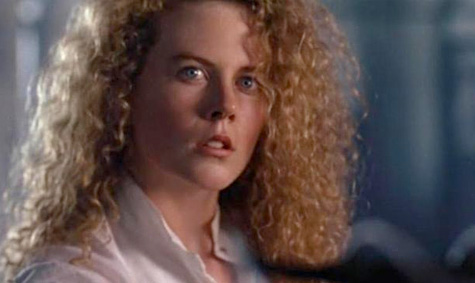 She’s done three films with her ex-husband Tom Cruise but I pick this one as I don’t think I’ll be seeing Eyes Wide Shut and I barely remember Days of Thunder. I actually saw this on the big screen with my brother years ago and I remember really enjoying it. Ok, the Irish accent is all over the place but I like the feisty chemistry between her and Cruise, she was quite feisty in her role and she still has that fresh-face look with her red curly hair.

NINE – She’s not my favorite female actress in this film (that would be Marion Cottilard) but I thought she was pretty good as Claudia, as the muse of Daniel Day-Lewis’ Guido. She has a beautiful voice and definitely suits the glamorous but icy demeanor that her role requires.
…

Well, that’s my favorite list so far, I might update this once I see more of Nicole’s films. What do you think of my picks?