Btw, I just realized after I posted it that it’s my 1000th’s Blog Post!! I guess time flies when you’re doing something you love. Thanks everyone who’ve made it so worthwhile for me to blog day after day! 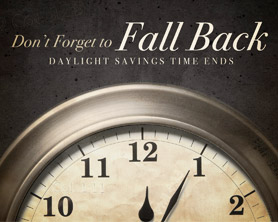 Daylight Saving Time ends at 2 a.m. this Sunday! So for those who live in states that observe DST, don’t forget to set your clock back an hour! I love it ’cause we get an extra hour of sleep! 🙂

I’ve got to admit I was looking forward to doing this month’s recap as I saw the most movies in October than any other month, yay! Thanks to TCFF, I saw 13 films in just 9 days, so those combined with some new releases, I ended up seeing about 17 NEW movies!

I’ve also been blogging a ton… not just TCFF but also organizing the Small Roles… Big Performances blog-a-thon that started on October 1. Thank you everybody who have participated and those who’ve been promoting it on various social media. It was a blast reading everyone’s posts and shining a spotlight on actors who should get more recognition for their work!

Well, here are some of the posts you might’ve missed from October:

Well, what did I manage to watch this month?

I think I’ve covered that above. I saw more indie movies during TCFF than I normally do in a given month, which is awesome. I highly recommend Things I Don’t Understand, Dead Dad, Take Care and the documentary A Place at the Table when they’re available to rent on iTunes or Netflix.

The Sapphires is my favorite movie from TCFF and ARGO tops the new releases I saw in October. Both of them are inspired by a true story, though they couldn’t be more different from each other in terms of story and tone. I highly recommend both of these, especially the first one as it’ll probably be out in limited release. I might even rent it again when it’s out on iTunes!

Now, before I let you off, check out this awesome promo video for Air New Zealand. They partnered with WETA Workshop on a brand new Hobbit-inspired Safety Video, complete with special cameos. LOVE it!!

So, what movies did you get to see in October and which one is your favorite?