Most of us know that actors turned down roles that would make the ones who accepted it become famous. There are many reasons why they didn’t accept these now famous roles, the main reason is probably they the film wouldn’t be a hit and probably their agents told them not to take it. Below are some well-known roles that were offered to different actors than the ones ended up playing the part and reap the benefits. 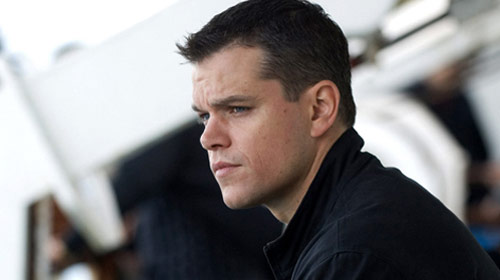 Brad Pitt was actually the studio first choice to play the amnesiac spy but he turned it down so he could work on Spy Game with Robert Redford. Here’s the funny thing, Matt Damon was first offered Pitt’s role in Spy Game but he declined and decided to play Jason Bourne instead. I’m always wonder what The Bourne films would have been like had Pitt starred in them. Of course we all know both actors are doing fine but for comparison sake, I think Damon made the right choice since The Bourne Identity was a box office hit while Spy Game didn’t do that well in theater.

So when Michael Keaton was cast as The Caped Crusader back in the 80s, a lot of comic book fans weren’t too thrill about it. The thing is though, he wasn’t Tim Burton’s first choice. Burton actually offered the Dark Knight role to Ray Liotta but he turned it down so he could star in Martin Scorsese’s Goodfellas. Even though I enjoyed both of Burton’s Batman films, I never like Keaton as The Dark Knight, I think Liotta would’ve been good in the role.

Michael Keaton definitely benefited from taking Batman role, besides playing the Dark Knight, he starred in quite a few films in the 90s. Liotta on the other hand, he played mostly supporting character or the villain.

Tom Clancy’s first novel was such a huge hit that when Hollywood was ready to adapt it for the big screen, they offered the prime role of Jack Ryan to the young and on the hot streak Kevin Costner. He turned it down so he could start working on a little film called Dances with Wolves. Of course the role went to Alec Baldwin and I think everyone was happy with the results. Costner won the Oscar for directing Dances with Wolves and the film was a huge box office hit.

Baldwin on the other hand though got screwed out of reprising his Jack Ryan role in the sequel Patriot Games, to read about it more go here. It’s a good read of what really went on the behind the scenes before cameras started rolling on Patriot Games.

There were quite a few actors who were considered for the role of Rambo, they include Clint Eastwood, John Travolta, Al Pacino and Dustin Hoffman but Steve McQueen was the producer’s first choice from the beginning. But because of his crazy demands, the producers decided to not pursue him. McQueen was asking $1mil for his salary, a crazy number back in the late 70s and early 80s for an actor’s salary. Not only that but he said he’ll only read the script if the producers pay him $500,000 up front, of course they said no. I would love to have seen McQueen playing John Rambo but around that time, he was so anti Hollywood that he might’ve just phoned in the role had he accepted it. Of course we all know Stallone benefited from it since he owned the 80s with his Rambo and Rocky franchises.

Well Steve McQueen was also offered the lead role in this film and again he turned it down. Even though I thought Martin Sheen did a good job in the film, I always wish McQueen accepted the role. It would have been great seeing him going toe to toe with Marlon Brando. Of course it would’ve been a nightmare for Coppola, he’d have to deal with two big stars with huge ego.

Believe it or not Dustin Hoffman was actually the first choice to play Deckard and was even offered the role. He turned it down because he believed he didn’t fit the role and he was right. Maybe I’m a little bias since I love Blade Runner but I could never see anyone but Harrison Ford as Deckard, I know people always think of him as Indiana Jones or Hans Solo, but I think  of him as Deckard first before those other two roles.

Fox planned a sequel Arnold Schwarzenegger’s Commando, but Arnold didn’t want to do sequels at the time so they turned Commando 2‘s script into Die Hard and offered the role of John McClane to him; but he declined. Eventually Bruce Willis took the role after Sylvester Stallone, Richard Gere, Burt Reynolds and Mel Gibson all passed on starring in this film. I think we’re all grateful that Willis got the part right? Can you imagine seeing Arnold say the line: Yippee-ki-yay, motherf**ker.
…

(Sources: imdb.com, Cinescape magazine, behind the scenes documentary of each film)
,,,

[rtm’s note: Also check out my previous post Famous Roles That Got Away for more casting tidbits and find out which actor turn down the most high profile roles]

22 thoughts on “Guest Post: Role Reversals – One Actor’s Misfortune is Another Actor’s Gain”