In honor of South African director Neill Blomkamp reuniting with his District 9 Sharlto Copley for another sci-fi flick Elysium, it made me think of other director/actor duo I’d like to see working together again. 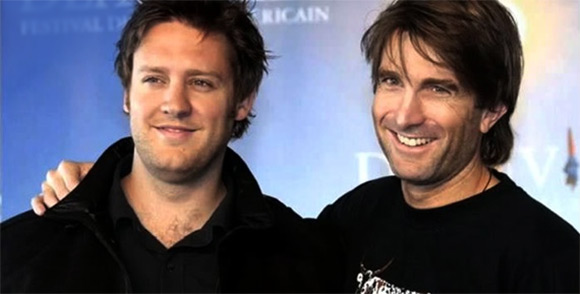 As I’ve just finally got around to watching some highly-acclaimed and beloved movies, I wonder if the director & actor were to work together again today, would they be able to repeat the same ‘magic?’ Of course it doesn’t always happen. You could argue that Ridley Scott + Russell Crowe subsequent collaborations seem to be in diminishing returns mode as they haven’t been able to recapture Gladiator‘s ‘glory.’ But Martin Scorsese’s frequent collaboration with Robert De Niro seem to be more successful — they’ve been working together a total of 8 times! (per Wiki)

I’ll start with my list first, and I’d ask you to share your own top five in the comments section.

As I had just seen the fabulous The Last of the Mohicans recently, it’d be nice to see Michael Mann do another movie with Daniel Day-Lewis again. Such an excellent performance from Day-Lewis and easily one of my favorite from Mann’s work. Here they are on the set of the adventure historical drama:

35 thoughts on “Random Question: Which director/actor reunion would you like to see?”