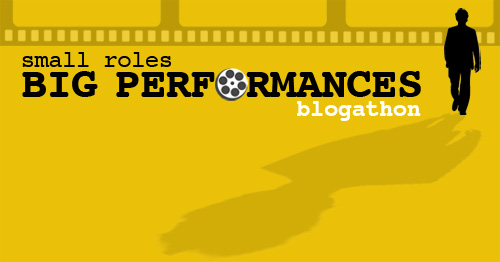 The idea of this blog-a-thon is to…

Shine a spotlight on the ‘unsung heroes’ if you will, the overlooked performers who add so much richness & entertainment value to the film no matter how brief their appearance is, but yet they don’t get the credit they so deserve.

You can read the full blogathon guidelines here.

I apologize if I’m not being clear about the date of when the post is supposed to go live. It’s no biggie though, I’m just thrilled of the turnout of this blogathon and seeing people turn the spotlight on a lot of talented-yet-underrated actors.

FlixChatter’s contributor Becky (aka PrairieGirl)’s and frequent commenter Dave W (aka Daveackackattack) are also participating. Check out their posts below, as well as one from yours truly:

Here are the full participants in ALPHABETICAL ORDER:

Thanks so much everyone for taking part!
…

P.S. I’ll still be taking submissions all week long so if you want to take part, just drop the link in the comments below and I’ll add it to the list!
…

Thanks to Dave Whiddon aka Daveackackattack for his excellent contribution to the blogathon. Visit the main blogathon post to see the full list of participants by clicking the banner above.

Stephen Graham in This Is England 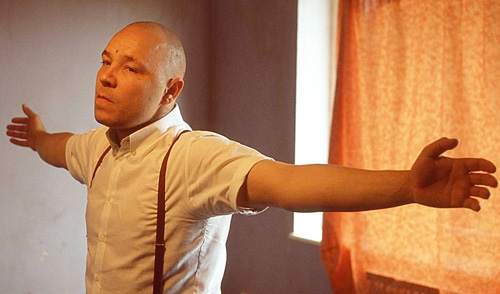 Stephen Graham’s big break came in Guy Ritchie’s gritty, gangster movie Snatch. The British actor’s tough guy exterior landed him supporting roles in Public Enemies as Baby Face Nelson and on Boardwalk Empire as Al Capone but nowhere was he better than as Combo in Shane Meadows’s semi-autobiographical This Is England.

It’s the story of Shaun (Thomas Turgoose), a shy, 12 year old boy, growing up in England under Margaret Thatcher’s rule in ’84. His father having been killed in the Falklands War he is raised by his doting mother Cynthia. Bullied at school Shaun feels alienated from the other kids. He soon befriends a group of skinheads who initiate him into their group.

(These skinheads aren’t the neo-Nazi, white power skinheads that you know today. See the Skinhead wiki page.) His mother is not too sure about the group at first. They dress him up in typical skinhead garb (shaved head, Dr. Martens, suspenders, button-down shirt, rolled up jeans) much to her dismay but they do protect him from some bullies at school so his she is grateful for that. Everything is going good until Combo, an older skin from the group, comes home from prison. He enters the screen with the ferocity of a rabid pit bull.

Charismatic but volatile … he’s the kind of dangerous guy who you just never know when he might turn on you. Combo soon makes a derogatory remark about the Falklands War and young Shaun takes a swing at him defending his father who died for that war. Impressed at Shaun’s fearlessness Combo takes him under his wing. Unfortunately Combo introduces Shaun to his racist side which leads Shaun to take part in what is known as Paki bashing. A bit later.

Combo feels it’s time to introduce Shaun to his friends aligned with the white-only nationalist National Front party. In reality Combo’s a lonely and insecure man covered by his tough guy exterior. Later on in an intimate scene we see Combo as he breaks down in front of a girl, whom he has misplaced feelings for, who rejects him coldly. Scorned by the girl he felt for he lets loose his rage on a friend of the group. Shaun, a witness to Combo’s actions, must decide for himself if this is the path he wants to go down. Stephen Graham skillfully shows a sympathetic side to what would normally be a one dimensional character. His explosive performance is electric, tense and oddly touching. Artfully directed, perfectly scored and realistically acted this small film about a boy growing up in Thatcher’s England struck a chord with me even though I myself grew up in America in the 80’s. This is one of my very favorite films.

I highly recommend anyone who is planning on seeing the movie skipping the fan made montage clip below. Ludovico Einaudi’s “Fuori Dal Mondo” from the film plays over the montage. Enjoy.

Stacy Edwards in In The Company of Men 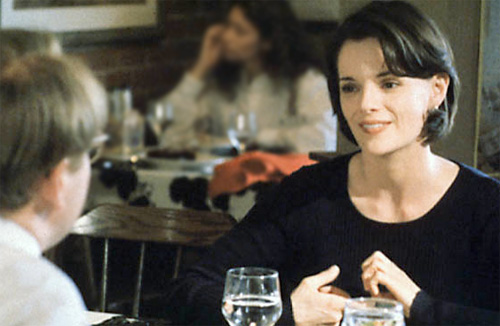 You might remember Stacy Edwards as Michael Cera’s big breasted mom in one of the opening scenes in Superbad. Sadly she probably was seen by more people for that than for her role in Neil Labute’s film adaptation of his scathing take on white, male dominated, corporate America in In the Company of Men. In the film Stacy plays a deaf woman who’s just another worker in a secretarial pool in some nameless, average, everyday company.

The story starts when two middle management types, Chad (Aaron Eckhart in a breakout role) and Howard (Matt Malloy), are temporarily assigned to her branch office for six weeks. Chad devises a ploy with Howard to get back at all the women who have ever wronged them while they are there. Chad decides to pick out an average woman whom they will simultaneously ask out, date, shower with attention and then dump unceremoniously when their business there is over. Howard reluctantly goes along after some convincing by Chad. Chad soon picks out Christine after learning she is deaf thinking she’ll more than welcome the attention from the two men. As the plan progresses things fall apart when one of the men falls for the genuinely sweet Christine.

What happens from here I won’t say but it’s devastatingly heart wrenching to watch. Chad is a clearly a sociopath and Howard is just another schlep following the herd so it’s Stacy’s performance (she’s not deaf in real life) that gives the film its weight and real emotional punch. It’s hard enough to pull off a character with a hearing impairment let alone making you really feel like you know what she’s going through.

The film was considered controversial because of the absolute brutality of the misogynistic dialogue and plot. In the Company of Men was even named to Premiere Magazine’s “The 25 Most Dangerous Movies Ever Made”. It’s one of those films that, if you can get past the low budget indie feel of it, you won’t shake easily thanks in part to Stacy Edwards’ heartbreaking performance. Highly recommended but not for the faint of heart. You may not like it but you won’t be able to ignore it.

Thoughts on either one of these performances? Well let’s hear it!

Summer is winding down as August comes to a close… but hey, there are still plenty of Autumn movies to look forward to! In fact, more smaller-budgeted but with more character-driven fares featuring ‘bigger’ performances are often released in the Fall/Winter months, though of course there’s always exceptions to such a rule.

Well, like I mentioned in my Movie Questionnaire post yesterday, I’ve been pondering about doing a blog-a-thon for a while. I have only done ONE blog-a-thon in my 3 years of blogging, that was the Gregory Peck birthday bash last April. Well this one it’s going to be entirely different. It’s sort of inspired by my almost 2-year-old post of seven talented actors who deserve more leading roles and also by Encore Entertainment‘s 90s Essential Performances Showdowns, but this time I’d like to shine the spotlight on performances by under-appreciated actors.

I think the title SMALL ROLES…. BIG PERFORMANCES is pretty self-explanatory but here’s what I have in mind:

The idea of this blog-a-thon is to shine a spotlight on the ‘unsung heroes’ if you will, the overlooked performers who add so much richness/entertainment value to the film no matter how brief their appearance is, but yet they don’t get the credit they so deserve.

P.S. I haven’t had a chance to create banners for this blog-a-thon yet, I will let you know when those become available.

I hope you all would take part in this. Please help spread the word, the more the merrier!