There aren’t enough days in TCFF to post all the reviews. In fact, I still have a few more TCFF reviews coming your way next week, which will be interspersed with new release reviews such as Only The Brave, The Foreigner and The Snowman.

Thanks to TCFF blog contributor Andy Ellis for these reviews. Definitely something to check out when it’s released near you.

The Ballad of Lefty Brown
review by Andy Ellis 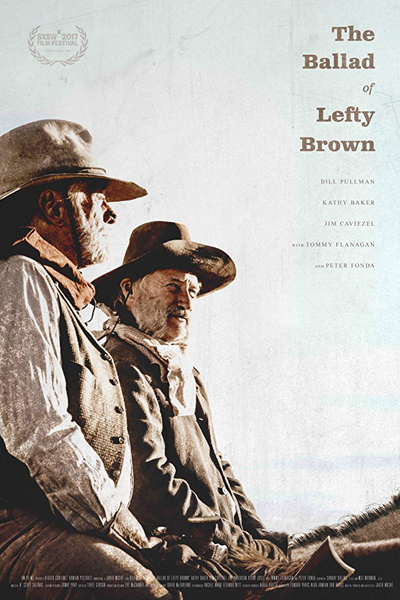 If there is one thing that makes The Ballad of Lefty Brown stand out from other westerns it’s Bill Pullman‘s performance. The story itself is a different take on the revenge-type western, because the underdog takes center stage. Lefty Brown (Pullman) witnesses his partner get murdered in front of him, and vows to find the men responsible.

For a western it’s great. There’s plenty of gun fights and suspense to go around. And there are definitely scenes that allow the supporting cast to shine. Peter Fonda plays Edward Johnson, Brown’s partner, and does a great job with the limited screen time he has. Kathy Baker is great as his wife Laura playing a woman is suddenly dealing her husband’s death, keeping the farm going, and finding out who killed her husband. Tommy Flanagan shines as the hardened Federal Marshal Tom Harrah and a longtime friend of Johnson and Brown, who is still trying to overcome a tragedy from his past. Jim Caviezel and Diego Josef also have great supporting parts that make for very memorable scenes.

This, however, is Pullman’s film. If there ever was role that would should garner him some sort of acclaim from critics and awards voters, this would be it. He transforms into Brown, a sidekick with a who no one sees as someone who is capable of successfully avenging his partner’s death. He’s got a bad limp so he’s not always the smoothest at moving, may be mentally slow, and other peculiarties as well.

He overcomes all of that, with a few missteps along the way, with a determination to get justice for his friend. Even with everyone telling him someone else will take care of it, he’s going to get it done or die trying. Everyone can come along for the ride if they want.

Yes, the story is about revenege. But it’s also about one man with a really big heart. And despite all the obstacles in his way won’t even let the possibility of death get in the way of getting justice for his partner, a man who gave him everything. 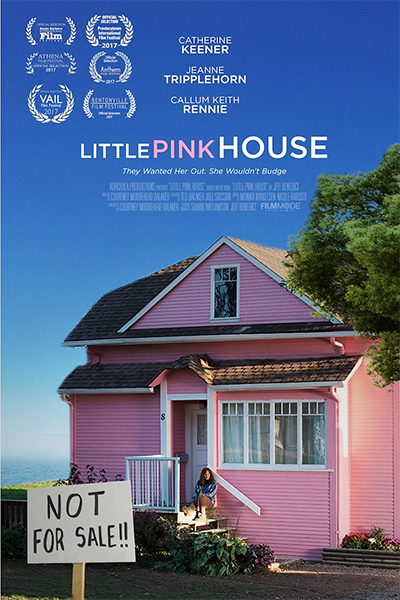 Academy Award-nominated actress Catherine Keener (Get Out, 40-Year-Old-Virgin) may find herself in the running again with Little Pink House. Adapted from the book Little Pink House: A True Story of Defiance and Courage by Jeff Benedict, it’s centered around Susette Kelo (Keener) and the events that led up to the U.S. Supreme Court’s 5-4 decision in the Kelo vs. City of New London. The decision allowed the government to bulldoze neighborhood property for the benefit of a multibillion-dollar corporation.

The story consists of many characters, but there are two that stand out the most: Keener and Jeanne Tripplehorn who plays Charlotte Wells. She’s hired by the governor of Connecticut to convince the citizens of New London to let the government buy their homes. Tripplehorn delivers a great performance as Wells who is undeterred by any obstacles put in her way, but you still really hope she fails.

Keener, who resembles the real-life Kelo pretty well, delivers a great performance of a woman starting over. She just wants to be able to live in her home, but when Wells and the government try taking that away she’s determined, passionate, and rarely loses her composure.

These two women lead a talented supporting cast including Aaron Douglas, Miranda Frigon, and Callum Keith Rennie. They and many others all contribute special moments to the film.

The fact that this is a true story makes it that much more powerful. It’s a story about defiance, courage, and hope. Despite its outcome, this is a movie that have you cheering from your seat.

Have you seen these films? Well, what did you think?