It ends up being quite a somber Sunday. My hubby and I went to brunch and when I came home and checked Twitter, I was shocked to see tweets that actor Anton Yelchin had died! I couldn’t believe it. He was [was!! I’m not even prepared to refer to him in past tense] only 27 years old and learning about the freak accident that cause of his death is even more heartbreaking. Yet another reminder just how fragile life truly is.

Anton Yelchin was the first actor I interviewed for #TCFF for ‘Like Crazy’ in 2011. What a tragic loss. RIP Anton. https://t.co/Uma8luCM6k

Back in September 2011, Anton and filmmaker Drake Doremus were in town to screen their Sundance darling, the romantic drama Like Crazy. I went up to meet them at their hotel (Graves 501 which is now Loews) and they both were very friendly. I had seen Anton as Chekov in JJ Abrams’ Star Trek reboot two years prior, which was a completely different role for Anton.

I could tell Anton was more reserved and shy, compared to the more vivacious and talkative Drake. It’s such a privilege to chat with such talented artists, and I still regard it as one of my favorite celebrity interviews.

Like Crazy was certainly one of the best films I saw that year, thanks to Anton’s and Felicity Jones’ performances. It’s an intimate & sincere look at long distance love story. It’s the anti rom-com as it strips all the romantic clichés and the chemistry of the two leads feels genuinely authentic. I should watch more of his work, but as of right now, that is the role I’ll always remember him for.

…
Though I haven’t seen a ton of his films, it’s obvious Anton was a brilliant and versatile actor… somehow able to balance big blockbusters and indie films. What a tragic loss for film fans.

As for this weekend, I didn’t go to the cinema at all but I did catch up with a couple of recent films I missed: Zootopia and Concussion.

Zootopia was fantastic, definitely one of the best Disney’s animated movies and I’d say one of the best films of the year! As for Concussion, I think it was pretty good though too formulaic to be truly memorable.

Will Smith’s performance is good but not so spectacular that it deserved a nomination. I might review both at some point, but for now, I’d say I’d recommend both. If you haven’t seen Zootopia yet, that’s one not to be missed!

Well, that’s my weekend recap folks. What did you see, anything good?

Last week I was reading some of the bios of the programmers for TIFF and I’ve always thought it’d be great to get some insights into what it’s like to be the one in charge of selecting films for a film fest. Well, the lead programmer of TCFF, Steve Snyder, who’s also a TIME magazine editor, was kind enough to grant me an interview via the phone.

Just a bit of background on Steve. He is originally from Minnesota and attended University of Minnesota where he wrote for the MNDaily, UofM’s student-produced newspaper. He then finished his graduate degree in Journalism in Columbia. He held various writing stints in a number of publications in MN, as well as serving as a judge for various film festivals. He’s been with TIME magazine since 2006 and is currently serving as its editor.

Over the course of 45 minutes, we talked about everything from how he got involved with TCFF from its initial idea back in 2007 to his love for Stanley Kubrick ever since he saw 2001 Space Odyssey about 30 times over the course of 3 months in 7th grade. That film was truly a defining moment of his life and he praised Kubrick for being ahead of his time both in his imagination and that film was truly a quantum leap in cinematic history.

Even just within minutes of talking with Steve, it’s obvious that he’s passionate about film. His wealth of insights and information about films is astounding, so it’s no surprise that he was one of the three co-founder of TCFF since the idea inception began in 2007. He still remembered the night when he and TCFF’s board of directors Jatin Setia & Bill Cooper first talked about the idea in a bar in NYC.

As far as programming the films, he revealed that it started with a wish list of must haves and he went from there. The process of obtaining a certain film vary from one feature to the next, some studios offer free screenings, some charge a fee and sometimes they get to speak with the filmmakers themselves. He said we are fortunate to get most of the films they wanted in the slots that are available. There is a plan to expand the amount of mainstream/studio films in the future, which is great news indeed!

Below is Steve’s film recommendation from each category:

Special thanks to Steve Snyder for his insights into TCFF programming. You can read Steve’s articles on TIME’s Techland section and his reviews on RottenTomatoes.

Happy Tuesday, folks! It’s not just another Tuesday on the calendar though, it’s the start of the Twin Cities Film Fest!

I’m excited to be covering the event starting tonight with The Bully Project documentary tonight, followed by Q&A with director Lee Hirsch.

I’m hoping to have time to ask a couple of questions during the panel or even talk to a couple of talents such as Tom Sizemore, Anton Yelchin & Like Crazy‘s director Drake Doremus who are scheduled to appear during the event. As I’ve mentioned here, I really like Yelchin so I’d love to get an autograph from him or even a picture together. Last year I didn’t get a chance to really interview anyone, the closest thing was that I got to shake hands with Waiting for Superman‘s director Davis Guggenheim as he arrived at the theater.

I’m also hoping to see more films this year, in fact, my hope is to see at least two films a day starting tomorrow (there is only just the opening night film scheduled for tonight) so I can give you a mini review of them daily.

So I hope you’ll stay with me during the coverage and pardon my lack of comments on your blog as I’m juggling both my job and covering the film fest. In the meantime, I’d ask you this:

What film festival have you attended or be a part of and what’s your most memorable moment about it?

I could use some tips from you film fest pros out there, so please do share!
…

In less than three weeks from today, the Twin Cities Film Fest (TCFF) opens on September 20. The festival organizer has kindly asked me to be the lead blogger this year so I’ll be covering the event extensively, hopefully more so than I did last year on TCFF’s debut.

I’m excited that this year the event will take place at Showplace ICON Cinemas with The Shops at West End as the main sponsor. I love this cinema, it’s definitely a great alternative to AMCs with their state-of-the-art technology and reserved-seating feature, plus it’s a heck of a lot cleaner than most theaters in town.

I received the Press Release via email last week, and whilst I’m still waiting for the official line up to be announced, we’ve got info on the two movies that will open and close the event. 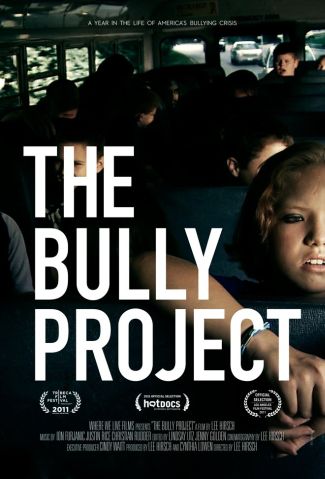 Sundance and Emmy-award winning filmmaker, Lee Hirsch will present The Bully Project, a beautifully cinematic, character-driven documentary. At its heart are those with huge stakes in this issue whose stories each represent a different facet of America’s bullying crisis. Hirsch will introduce the film and conduct a Q&A afterwards.

Here’s the summary per IMDb:
This year, over 5 million American kids will be bullied at school, online, on the bus, at home, through their cell phones and on the streets of their towns, making it the most common form of violence young people in this country experience. The Bully Project is the first feature documentary film to show how we’ve all been affected by bullying, whether we’ve been victims, perpetrators or stood silent witness.

Hirch’s previous work include Amandla! a Revolution in Four Part Harmony, Discovery Channel’s series documentary Next World, and a History Channel special, Act of Honor. The Bully Project is slated to open in the Twin Cities March 2012. 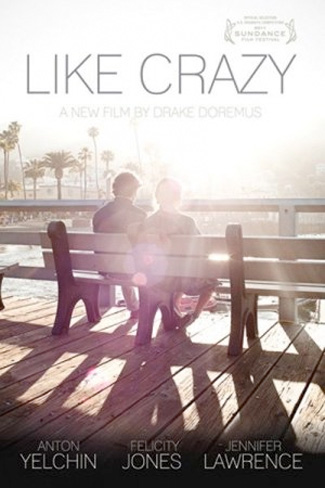 I love movies about bittersweet romances and Anton Yelchin is one of my favorite young actors working today, so I’m quite excited about this one. Like Crazy won the Sundance Film Festival Grand Jury Prize winner and it tells the story of a British college student who falls for an American student, only to be separated from him when she’s banned from the U.S. after overstaying her visa. Being a US immigrant myself, the subject matter is certainly something I could relate to, though I’m very blessed that I ended up falling for someone from my own homeland 😉

Director/Co-Writer Drake Doremus (Douchebag) and star Anton Yelchin (Star Trek, Fright Night) will introduce the film and host a Q&A following the screening. Yelchin has such a likable presence on screen, he was great as Checkov in Star Trek and I even like him as Kyle Reese in Terminator Salvation. He was also at Comic Con to promote Fright Night and he seemed like a cool guy. I hope I’d be able to get at least a couple of soundbites from him later this month!

I quite like the trailer, despite its inherently romantic subject matter, it doesn’t look corny or overly-schmaltzy. There’s believable chemistry between Yelchin and the English-born Felicity Jones and their struggle to make their relationship work seems heartfelt and genuine. The music sounds good one as well, I love the Ingrid Michaelson’s rendition of Can’t Help Falling in Love playing in the background towards the end. Check out the trailer below:

…
I will post the 2011 TCFF complete schedule as soon as I have it, which hopefully will be Tuesday as the PR sheet says tickets is available beginning September 6th. I’m desperately hoping Machine Gun Preacher will be shown during the Fest as my friend Ted told me last week, fingers crossed!!

If you live in the Twin Cities area, are you planning to attend TCFF this year? As for everyone else, are you interested to see either one of these films?