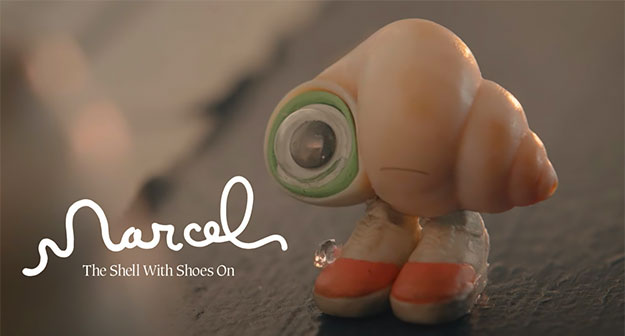 Somehow I missed the release of this A24 movie this past Summer, but I’m glad I finally saw it this past weekend as it’s become one of my favorites! Marcel is an adorable and opinionated 1-inch-tall shell who lives with his grandmother, Connie. The two are the only remaining residents in their ‘town,’ that is the house they’ve been living in, which is apparently on Airbnb. The movie employs a mockumentary style, with the film’s director Dean Fleischer Camp acting as the filmmaker (essentially playing himself) documenting Marcel’s day-to-day life, which ends up being a search for the shell’s long-lost family who disappeared mysteriously.

The movie immediately grabs me and I was instantly enamored by Marcel, voiced by Jenny Slate. The look of the shell alone is just so cute, with his huge, expressive one-eye on the left side of his head and his orange sneakers. But it’s Slate’s raspy voice that gives the character its soul and delightful personality. What he lacks in body mass, Marcel more than makes up for it in irresistible charm and spunk. When Dean moves into the Airbnb following a divorce (or it could be a separation), he became fascinated by Marcel’s whimsy and starts filming him.

Everything that seems mundane in the human world is truly adorable in the world of this tiny shell! Marcel is so darn resourceful and inventive too! He constantly invents fun ways to do things you never thought a shell could do, such as picking fruits out of a tree or climbing up walls without sliding down. She and her grandma Connie are close and Marcel can be quite overprotective of her which is so endearing. They often do things together such as gardening, and even watching movies, complete with popcorn (even though a single popcorn is often bigger than Marcel himself!) Oh, and Marcel has a ‘pet’ too in the form of lint as Marcel always wants a dog. 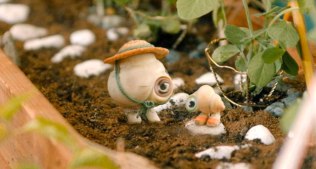 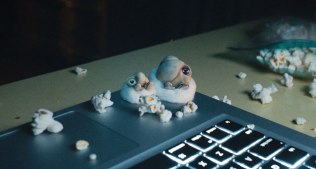 I could literally watch Marcel do ordinary things around the house all day long! I mean, the way he ‘types’ on Dean’s laptop by jumping from one key to the next, which is the same way he would do to make a phone call on Dean’s iPhone, is the absolute cutest thing! In fact, I was a bit worried the story would get overwritten when Camp introduce an adventure for Marcel which gets him out of the house, but thankfully the journey was pretty brief and soon they were back inside the house again. I actually enjoy the bit where Dean is driving and Marcel is perched up on the car’s dashboard on top of a map as they go on a search to find his family. 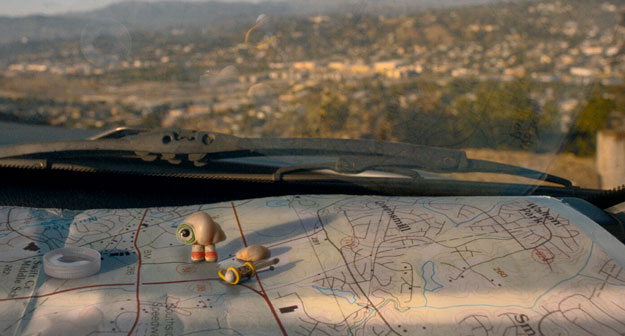 There’s a cameo by 60 Minutes’ host Lesley Stahl who interviews Marcel on camera, which almost didn’t happen if it weren’t for Connie’s insistence. Props to Slate and Camp for writing such a well-rounded character of Marcel, who can be as earnest and feisty as well as vulnerable. I adore the quirky humor and all of Marcel’s commentary about people, which is pretty spot-on most of the time.

Animated movies can often be more emotionally fulfilling than live-action movies, and this movie made me laugh and cry. Marcel’s relationship with his grandma is heart-rending and hilarious in equal measure, which makes me miss my own grandma at times. Connie is voiced by Isabella Rossellini, which could be the most wholesome thing I’ve ever seen her in. If there’s an emotional balm for a chaotic, cynical and often angry world, this movie definitely is that. Apparently, this movie started as a short film in 2010, which you can watch on YouTube, and also voiced by Jenny Slate who also co-wrote the screenplay. For the movie, the filmmakers collaborated with stop-motion animators Chiodo Brothers and cinematographer Bianca Cline. I love the visual aesthetic of the movie with the soft focus and naturalistic look, but most of all I absolutely adore Slate’s voice that’s so perfect for the character. 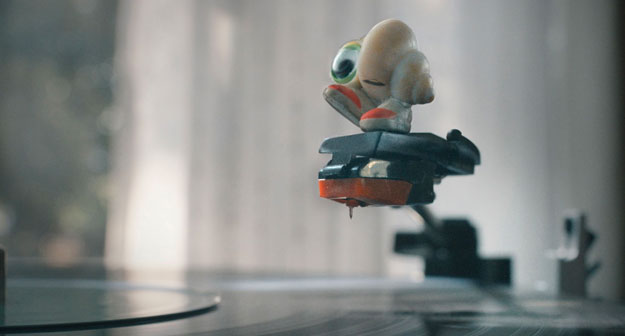 It’s so rare to see a movie like Marcel which is endearingly funny and has a surprisingly emotional depth, yet still suitable for the whole family. It’s full of wit without resorting to crude/raunchy humor, and that alone is quite a feat. There’s also something so graceful and poetic about the life of a shell that’s so inspiring. I’m not sure if there’ll be a sequel for this or maybe even a TV series, but I’d easily watch more of Marcel’s adventures!

Have you seen Marcel the Shell With Shoes On? Did you love it as much as I did?