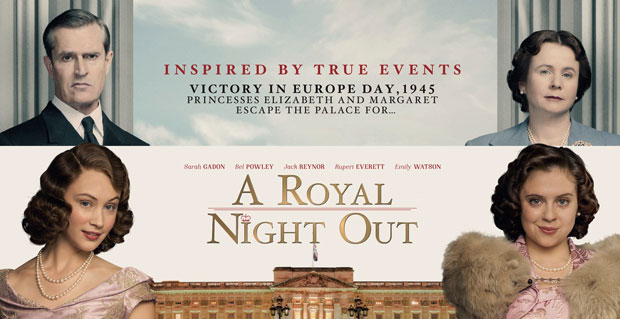 I have Her Majesty The Queen on my mind all weekend, so of course, all my viewings were inspired by her passing last Thursday. This one was already on my to-watch list on Amazon Prime so it’s the perfect time to see this fantasy drama, imagining the events when Princesses Elizabeth and Margaret were allowed a night out on V.E. (Victory in Europe) Day in 1945. 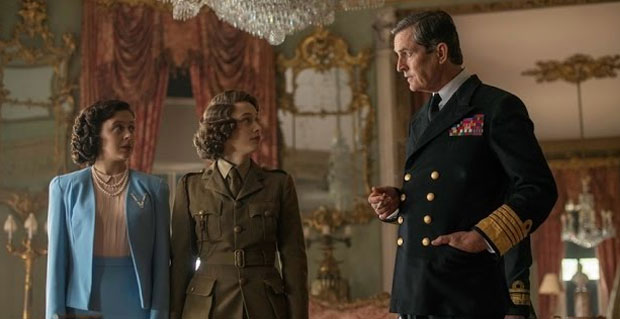 The movie opens with black and white footage of VE Day when peace is declared across Europe. Elizabeth (Sarah Gadon) was just 19 years old at this time, though she had already served as a truck mechanic and driver at a women’s branch of the British Army. As she and her then 14-year-old sister Margaret (Bel Powley) watched a televised clip of Churchill giving his speech and saw people all over London jubilantly celebrating the end of WWII, they too want to be a part of the festivities. Somehow Elizabeth was able to convince her father, King George VI (Rupert Everett) to allow them a night out, saying she’d give a report on the people about his midnight speech. So despite their mother Queen Elizabeth’s (Emily Watson) reluctance, off they go in incognito mode. 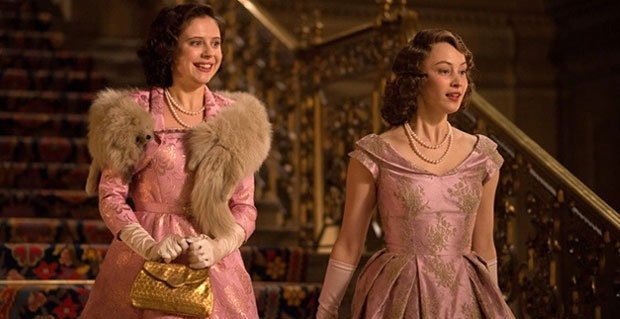 Both girls are chaperoned by a pair of army officers who are given an order to bring them back by 1 a.m. Their escorts take them to a party full of noble people instead of ordinary folks that they want to meet, so it’s not exactly what the girls have in mind for the night. The notoriously rebellious Margaret is the first to slip away, and Elizabeth soon follows. The movie plays up the two very distinct personalities of the two princesses. Elizabeth is more mature for her age and even as a teenager, she’s the dutiful and responsible sort. The much more playful Margaret is all about having a good time and she’s immediately whisked away by a naval officer who introduces the young teen to a world of nightclubs, drinking, and gambling. 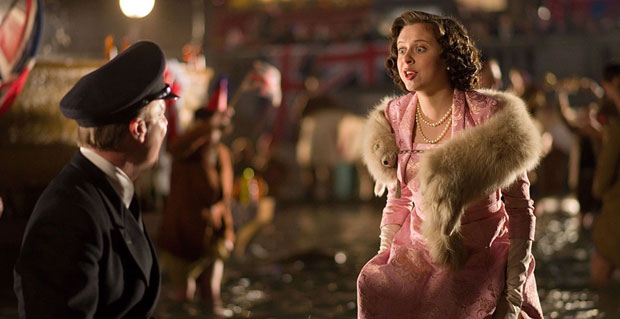 Their adventure takes them on separate buses, and Elizabeth tries to do her best to catch up to her younger sister the entire night. There’s a shade of Roman Holiday here in that it involves a princess away from her comfort zone and befriending a commoner who has no idea who she is. Jack (Jack Reynor) was on the same bus as Elizabeth and she later learns he’s a member of the airforce who’s gone AWOL. As fate would have it, the two end up spending the entire night together as they team up to find Margaret all the way to early morning. 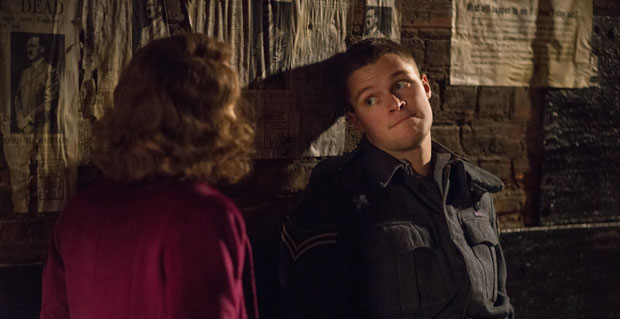 It wouldn’t be a spoiler to say that the events depicted here are a work of fiction. In reality, the princesses only went out from 10pm and came back to Buckingham Palace at 1 a.m. Director Julian Jarrold (Becoming Jane, Brideshead Revisited) crafted quite a mirthful and fun experience of this fantasy adventure around iconic locations in London, including Trafalgar Square where the actual VE night took place 69 years prior. Though it’s not a relatively small-budgeted movie, the production values look more expensive than it looks, featuring gorgeous cinematography by Christophe Beaucarne. 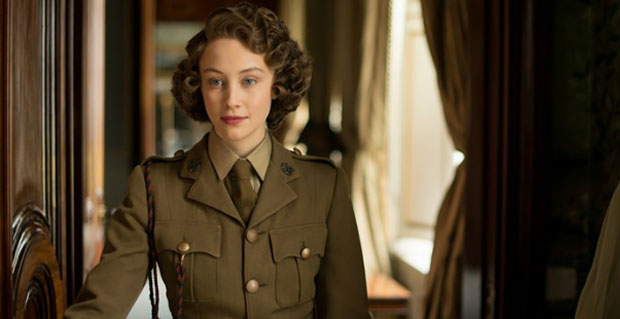 The tone between the two princesses’ adventures feels decidedly different. Margaret’s shenanigans are more comedic and perhaps too over the top at times. Meanwhile, Elizabeth’s scenes are more serious and at times hint at a possible romance between her and Jack. I actually like the pairing of these two and their scenes could work nicely as a lovely rom-com. Gadon is terrific and has a mesmerizing quality as Elizabeth, she captures the future queen’s calm countenance and kind spirit. There’s a scene where Elizabeth visits Jack’s mother in a more deprived borough of the city, showing her down-to-earth quality and her ability to relate to people outside of her social class and status.

Overall, it’s a charming and frothy diversion from the somber reality of the Queen’s passing. It’s not meant to be an emotional depiction like The Queen or even The Crown series, nonetheless, it’s a perfectly enjoyable piece of entertainment inspired by historical events.

Have you seen A ROYAL NIGHT OUT? I’d love to hear what you think!