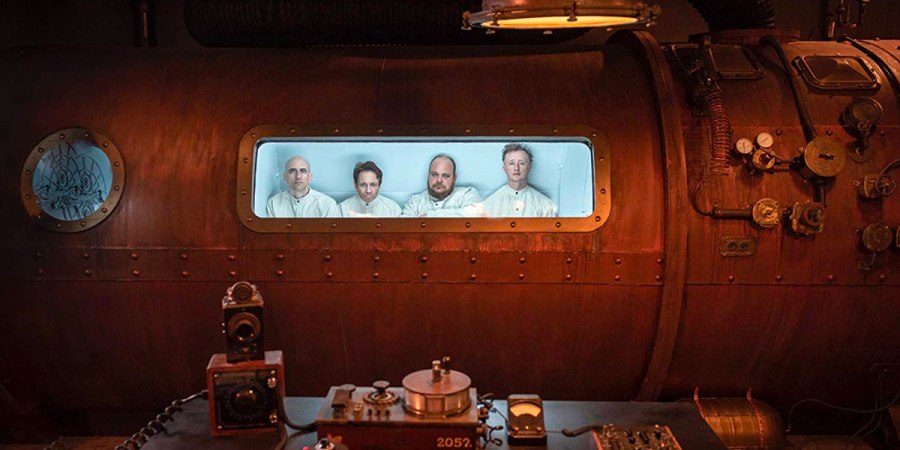 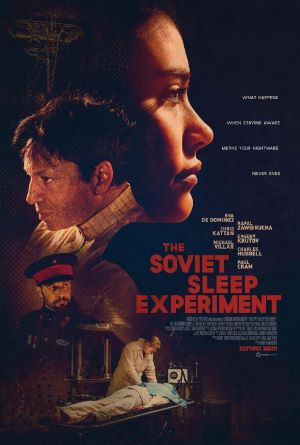 In the late 1940s, Soviet researchers kept four patients awake for thirty days using an experimental gas-based stimulant. The researchers were cut off from the world and asked to do a series of tests on the subjects for the benefit of the Red Army. What started as a purely scientific research study soon escalated to insanity. What happened next will change the way you view humanity.

The Soviet Sleep Experiment had its world premiere at Twin Cities Film Fest last Friday. Many of the cast/crew were present (many are Minnesota-based) for the red carpet interviews. It’s fitting that the film has a Minnesota premiere, given that it was filmed in the Twin Cities’ southern suburbs of Lakeville (check out this article from the set visit).

FlixChatter media correspondent Holly Peterson had a chance to chat with director Barry Andersson (whose film The Lumber Baron won TCFF’s Best Audience Award last year) and actor Chris Kattan (of Saturday Night Live and A Night at the Roxbury fame). Check out the interview below:

Review of The Soviet Sleep Experiment

The Soviet Sleep Experiment is directed and produced by Minnesota native Barry Andersson and written by Michael Patrick McCaffrey. Andersson is back at the Twin Cities Film Fest in 2019 after a successful 2018 Twin Cities Film Fest, where his feature narrative film The Lumber Baron, a period drama about the heir to a failing lumber business and the enduring rumors of a treasure left behind by his grandfather, won the 2018 Audience Award for best feature. The Soviet Sleep Experiment stars Eva De Dominici as Dr. Anna Antonoff, Rafal Zawierucha Dr. Leo Antonoff, and Evgeny Krutov as Captain Yegor Sokolov. It also stars Chris Kattan as Subject 3, Michael Villar as Subject 4, Charles Hubbell as Subject 5 and Paul Cram as Subject 6. 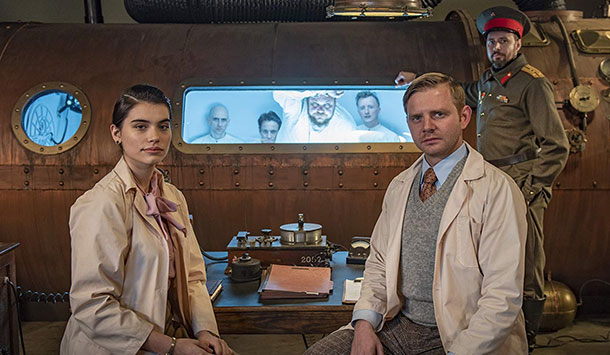 The movie was filmed in and around Lakeville, Minnesota (per IMDB) and is a psychological thriller based loosely upon the urban legend which follows a married research team — Dr. Anna Antonoff and Dr. Leo Antonoff (De Dominici and Zawierucha) who, under close watch of a Red Army Captain Yegor Sokolov (Krutov) , and they set out to study the effects of forced sleep deprivation on four patients locked inside an observation chamber for 30 days. These four patients are given the names of Subject 3 (Kattan), Subject 4 (Villar), Subject 5 (Hubbell) and Subject 6 (Cram) and are placed inside a controlled tank where anti-sleeping gas is pumped into the chamber and each of the Subjects are mentally tested every eight hours, with their reward being a small earing ration about the size of a hockey puck.

After several hundreds of hours inside the chamber, the Subject start turning on each other and the doctors and Soviet Captain are forced to shock them using implants that are surgically implanted inside their necks to give them a jolt of electricity to have them calm down. The hundreds of hours outside the chamber also pays a toll on the doctors performing the experiment, with their also lack of sleep and mental exhaustion. This is brilliantly portrayed by Argentinian actress Dominici (of the 2018 film You Shall Not Sleep) and Polish actor Zawierucha (Roman Polanski in Quentin Tarantino’s Once Upon a Time in Hollywood) acting against Russian actor Krutov (Stranger Things Season 3). Soviet Captain Sokolov, who represents the overshadowing Red Army back in Moscow overseeing the experiment, is compelling and alarming at the same time — making a perfect antagonist to the already tense story! 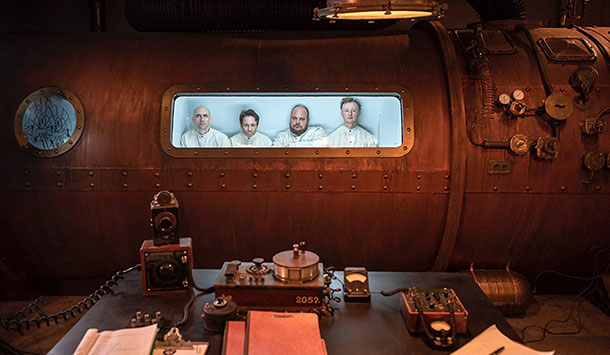 The actors inside the chamber, most notably Kattan (of Saturday Night Live and A Night at the Roxbury fame) and Villar (of the 2018 film Skin) are featured much more prominently than Hubbell (of the 2013 film Walking with the Enemy) and Cram (of the Minnesota-made film Wilson, which was first shown in Minnesota by TCFF in March, 2017). All four actors portray the victims/subjects of The Soviet Sleep Experiment quite well and make for one bombastic showcase of horror and gore. They act opposite each other very well inside the isolated 1940s Soviet testing facility. The set design team who put together the chamber must also be commended as it is quite believable that such a “deep sea” diving chamber could be used for such a callous experiment. Overall, this is a very creepy and worthwhile movie to see in the lead up to Halloween season.