Wow, can’t believe we’ve pretty much the halfway point of TCFF already! But hey, there are still five more days of film festivities… great movies to see, film stuff to learn and more filmmakers to meet!

Well, one of the highlights of TCFF coverage happened on Friday night, just before the festive INDUSTRY NIGHT began at the TCFF Can Can Wonder-Lounge. My dear friend and longtime FlixChatter contributor Holly Peterson was FC’s media correspondent for the night! She interviewed filmmaker Kendall Goldberg & actor Jon Heder (remember Napoleon Dynamite back in 2014?) about their new film When Jeff Tried to Save the World on the red carpet! 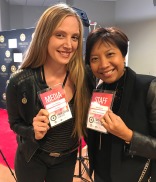 Me & Holly before the red carpet interview 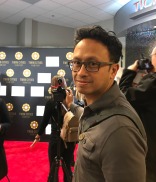 My hubby Ivan as the media cameraman for the night 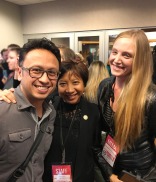 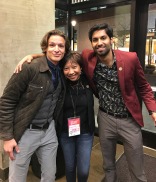 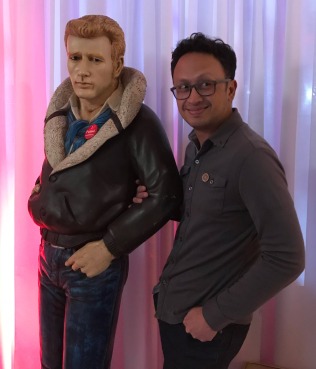 Methinks the one on the right is way hunkier 😉 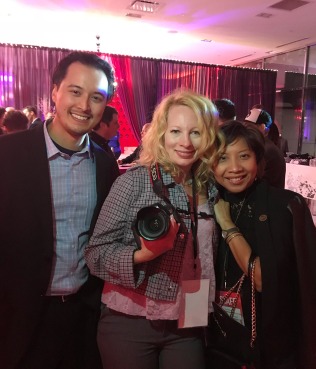 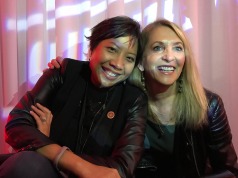 With my dear friend Dianne 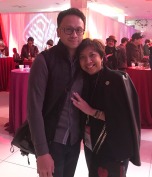 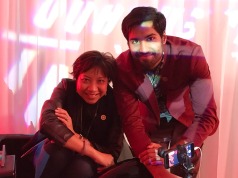 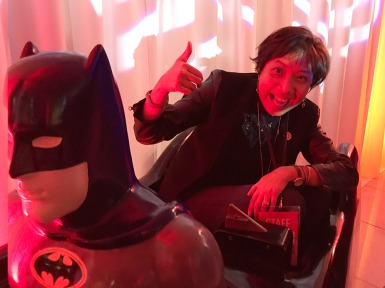 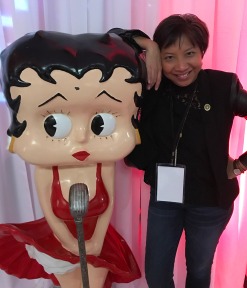 Hello Betty! Love the fun Can Can WonderLounge!

TCFF Lounge is sponsored by the fabulous Can Can Wonderland in St. Paul, MN.

When Jeff Tried to Save the World 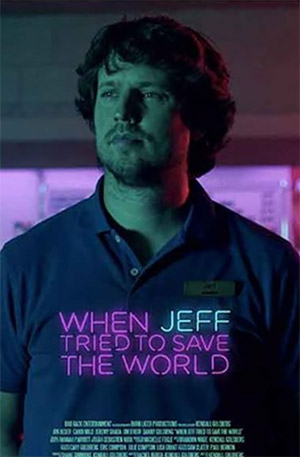 It’s weird to call a movie about a grown man a coming of age film, but in a lot of ways, When Jeff Tried to Save the World feels like exactly that. Jeff (played very charmingly by Jon Heder) is a bowling alley manager who must come to terms with his future when the owner decides to sell the bowling alley. The stress of losing the one steady thing in his life is exacerbated by his sister’s unannounced visit – which might just wind up being exactly what he needed.

This is a fun movie. The writing is full of one-liners that had our entire theater giggling constantly. Steve Berg, Maya Erskine, and Brendan Meyer all had especially fun roles, which all three of them leaned into really well. Jim O’Heir was very miscast as the jerk owner who is closing down the bowling alley. There is too much Jerry Gergich in that man’s face for him to play the villain – no matter how tame that villain may be. 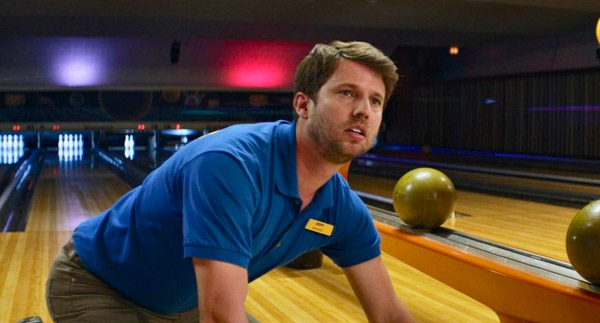 Taos Whittaker created some amazing visual effects for this film, which are most brilliantly showcased in one of Jeff’s dreams when he’s suddenly walking through a Tron themed version of the bowling alley. It is absolutely gorgeous. Whittaker also played a huge role in creating the underlying tone of anxiety in several scenes with nifty tricks like turning Heder’s hands yellow.

Personally, I disliked the romantic side-story. It was a little too “man and woman who have never met before cannot exist in the same room without falling in love for no reason” and, although it fit in with the general coming of age theme of the movie, it felt forced. 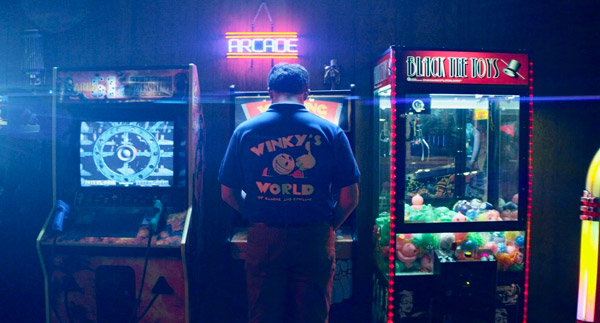 This is one of Kendall Goldberg’s first features, and it is a solid first. Goldberg has a strong comedic voice and the ability to reinvent an old trope in a new, relevant way. I think that as Goldberg grows as a storyteller the less neat elements (the fact that she caved in on that unnecessarily romantic side-story, the neat summary three quarters of the way through the movie that took place in a completely unnecessary argument, and her tendency to approach sentimental moments in the most conventional way possible) will likely improve as she continues to write and direct and is increasingly able to use her own voice. I’m excited to see what she makes next.

Thanks Holly for the review and interview,
and for TCFF + Allied Global Marketing for the opportunity!