I’m still playing catch-up with MSPFF a month after it’s over. Well that’s life, always a juggling act between my full time 9-5 job, blogging, writing, and just life’s business in general. I still have a few MSPIFF interviews to be transcribed, so stay tuned for those!

Today we’ve got reviews of two more documentaries I enjoyed, both have a strong MN connection, made right here in Minnesota and well worth checking out!

When having a relationship with a real human being is too hard, where do you turn?

That’s the question this inherently thought-provoking documentary poses. The first thing that might come to your mind seeing stills or even hear about silicone dolls is perhaps not a positive one. I have to admit, it conjures up something provocative, sexual and perhaps even the word ‘icky’ comes to mind. But as great documentary filmmakers do, its role is not to label or judge their subject.

The main subjects featured in its poster John and his ‘wife’ Jackie is perhaps the most similar to Lars and the Real Girl (that fictitious film would make a good companion piece to this doc). John is a tender man who’s disappointed by his past relationships and and he treats his synthetic companion with such loving care. He’d take her to nice restaurants, the zoo, etc. on her wheelchair, and he’d shrug off people’s obvious confusion, even disgust, nonchalantly. “It is weird… but it’s good weird. Weird doesn’t mean bad.” So he’s well aware of this unusual relationship but he’s comfortable enough in his own skin that he doesn’t care what others think.

Then there’s Davecat and his wife & mistress, which is obviously a very sexual relationship. I gotta say I cringe as he talked about some of the most um, gross aspects covered in the film. In contrast however, there’s the segments where silicone babies are used to recreate the love between mother and child in senior homes. The look on the older residents, some with dementia, as they hold a ‘baby’ in their hand tugs my heartstrings. The dolls look so lifelike some couldn’t figure out they aren’t real, but the emotion they feel definitely are real.

I think one of the most fascinating segment for me is the part involving a female artist who used to work on Wall Street. I’m glad Melody included a woman as one of the human subjects because it kind of presents something entirely unexpected. The artist/photographer based in NYC uses the dolls for various artistic photoshoots in her studio, stating that the dolls are basically replacements to friendships she wished she had.

Despite the provocative nature, Melody didn’t sensationalize the subject matter, but instead captures the various stories with an astute yet tender lens. There are also some fun and insightful animation by local filmmaker Beth Peloff that really helped illustrates some of the situations the film simply couldn’t capture. The themes of love, secrets, loneliness and social acceptance…are all universal which we can all relate to and struggle with at some point in our lives.

As I left the theater though, I did ponder about the relationship between John and his female neighbor who also lives alone. She totally accepts John’s wife Jackie and she and John seem to have a good rapport together. It did make me wonder why John wouldn’t consider perhaps starting a relationship with his human neighbor instead. But perhaps that is the point of the film, who are we to judge who…or what…people choose to love?

I had the privilege of knowing about this project months months before it premiered at MSPIFF, when I attended a Film Fatales panel where filmmaker Melody Gilbert  was one of the speakers. In fact, I introduced the composer of my short film Hearts Want, Charlie McCarron, to Melody at another film event and he ended up doing the music for the film. Suffice to say, this documentary also boasts great music to go with its intriguing imagery.

Visit its official website for more screening location/dates and other info.

I had known who Al Milgrom is for a long time, but I’ve only had the pleasure of meeting the man himself last year (at another film festival event) where he asked where I was from. When he found out I’m from Indonesia, he proceeded to tell me he’s befriended some of Indonesia’s most celebrated filmmakers and actors. One thing that’d strike people about Al would be his amazing memory. At 95 he’s still as sharp as ever. He not only remembered who I am at our next meeting weeks later, but he actually remembered where I’m from!

Everyone who’s been in the film business in Minnesota likely has an ‘Al Milgrom story.’ That’s why I took a few hours off from work specifically to see this documentary. Director Phil Harder followed the 95-year-old Milgrom as he gave us a fascinating tour to his personal home in Minneapolis where he kept decades-worth of film archives. I sincerely hope one day his house would become a film museum, and if someone were to do a fundraising to make that happen, I’d readily contribute! A quintessential cinephile whose cinematic heroes include Fellini, Bergman, Truffaut, John Waters, as well as classic silent filmmakers Erich von Stroheim, his deep, singular passion for films is palpable. His first intro to film is Charlie Chaplin’s The Kid, which led him to become the ‘Minnesota Godfather of Cinema’ as it were. He’s the founding father of the Film Society of Minneapolis St. Paul itself back in 1962. 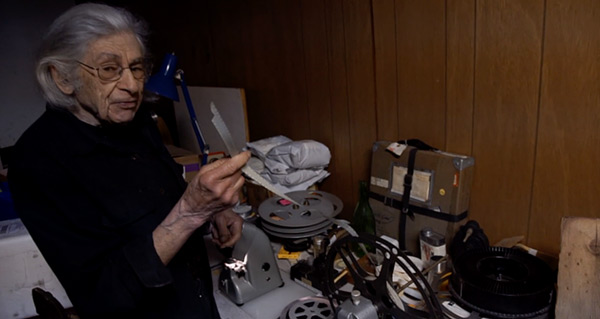 I could’ve easily watched this film again as there are so many I’ve missed. Mr. Milgrom has brought the likes of Jean-Luc Godard, Werner Herzog, and Milos Forman to the Twin Cities. There are footage of a Godard interview here in town, and there’s even sound footage of him interviewing the then still-emerging filmmaker Martin Scorsese (where Mr. Milgrom had to ask how Scorsese spell his name). Sadly, the 1970 protest documentary Scorsese was working on at the time never aired. Mr. Milgrom himself was a photojournalist for the US Army, on top of being a documentarian, world traveler and cinema pioneer in his illustrious career. 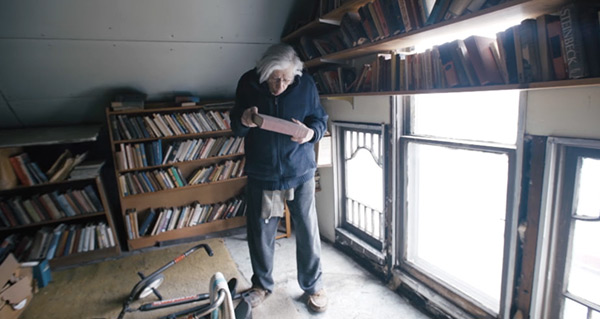 But the most fascinating parts of this doc has to be Al’s trip to Russia in 1959, which he’s still working on to this day. Hence the self-described term “The World’s Oldest Emerging Filmmaker” as he’s working on Russian Journey: The Story of a Filmmaker’s Travels Behind the Curtain. He definitely has the gift of capturing intriguing subject matters through visual medium. Those close-ups of various Russian citizens simply living their daily lives are full of intriguing untold stories waiting to be uncovered. Unfortunately, Al revealed in this doc that he’s lost the audio file to complete the project. The good news is, he (with the help of other filmmaker friends) are working on getting that resolved, so hopefully we get to see the finished film soon! 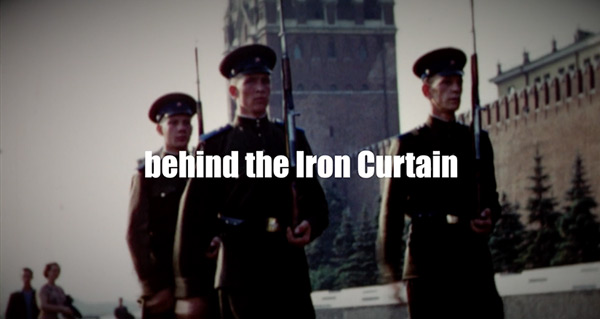 This 70-minute documentary definitely left me wanting more. I could’ve watched another half hour of just watching Mr. Milgrom give commentary about cinema, filmmaking, etc. in his museum-like home, and even commenting on some of the plethora of photos he’s taken in the past. I’m glad the filmmaker wisely chose to confine the film to just within Al’s home, which is a fascinating character in and of itself.

P.S. MSPIFF made the mistake of inserting a short documentary Influenced which is about how some MN business uses social media. It’s only 7 minutes long but its message seemed to be in such a contrast of who Al Milgrom is all about that people were chanting ‘we want Al!’ in protest!

I also got to take part of the Q&A with Al Milgrom, as well as the director Phil Harder and producer Mike Dust. It was well worth staying for!