Day 3 of the Twin Cities Film Fest is actually quite a momentous one for me… If you know me well or have been following my blog and/or Facebook you might’ve guessed why.

I took the day off Friday because I knew it’s be quite an emotional day for me, showing my artistic baby, my passion project I’ve been working on the past year to the public for the first time. We had a private screening to the cast/crew and our close friends, but to actually seen it on the big screen in an actual theater is another thing entirely.

The moment the first scene came on screen, accompanied by the score… I went a bit verklempt, naturally. There weren’t many people in the theatre, which is typical for an early afternoon screening, but I’m so grateful to my friends, coworkers and even fellow bloggers who did come out and saw it… you know who you are, your support means a lot to me guys!

The Ties That Bind Us short block itself is chock full of wonderful relationship-themed films. Kudos to our short programmer Josh Dahlman and Angela Andrist for the awesome film selections! Of course I’m biased as to which is my favorite (hey you’re always going to think your baby is the cutest, right?) but I was truly impressed with all the films within this block: All That Was Broken, Head Above Water, Hearts Want, Heath Takes a Trip, Deadbeat, Resolutions, and Sundogs. 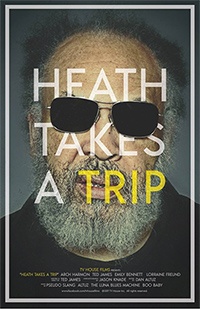 I really love Heath Takes a Trip, which is about a famous writer who suffers a breakdown and goes on a road trip with a stranger. It grabbed me right from the get go (which is quite a feat since it played right after my own film). It was emotional, funny, beautifully-shot, with a dreamy-like quality that has its own twist. It reminds me a bit of M Night Shyamalan’s Signs at times perhaps because of the corn fields, but also because it made you think one thing but it turns out to be another. I love Arch Harmon in the lead, as well as Ted James (who’s also the writer/director) as the rather whimsical stranger. 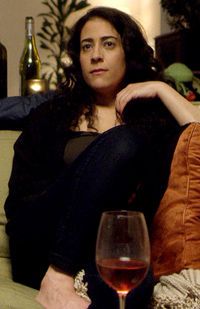 Resolutions is an intriguing, brutally-honest slice-of-life story of two couples that takes place over one New Year’s eve. It starts out like a low key celebration but as the evening progresses, something is revealed that turns things upside down for one of the four characters. It’s a simple setup that packs an emotional punch with the right amount of smolder and tension. The acting is brilliant, especially Nadine Malouf as Frankie. It’s got a female director, Tamara Fisch, who I hope will continue to make more films in the future! 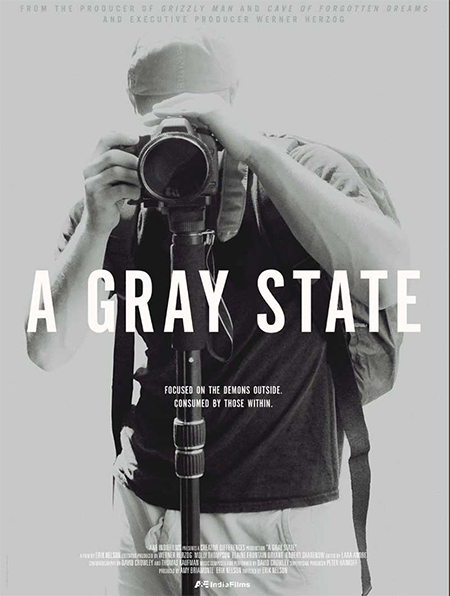 Honestly, I don’t think I could really properly review a film such as A Gray State. I didn’t know much about the events surrounding the death of David Crowley, an Iraq vet who’s a charismatic aspiring filmmaker. I was going to read this New Yorker article by Alec Wilkinson before we see this documentary, but I decided I’ll read it after. A few people sitting near me know the subject of the film so naturally it’s so emotional watching the film as I could hear sniffles all around. Since the filmmaker was based in Minnesota, I’ve seen some of the actors who appeared in the trailer of the feature film he wanted to make, called Gray State. In fact I took a photo with the main actor in that trailer, Danny August Mason, when his short film Windage played at TCFF a few years back.

I went into the film pretty much blind, and the way filmmaker Erik Nelson set up the film, he played up the conspiracy theory aspect. I think it’s best that you find that out for yourself why that is, which is rather obvious given the subject matter of making a film called Gray State. The film is set in a dystopian near-future where civil liberties are trampled by an unrestrained federal government. 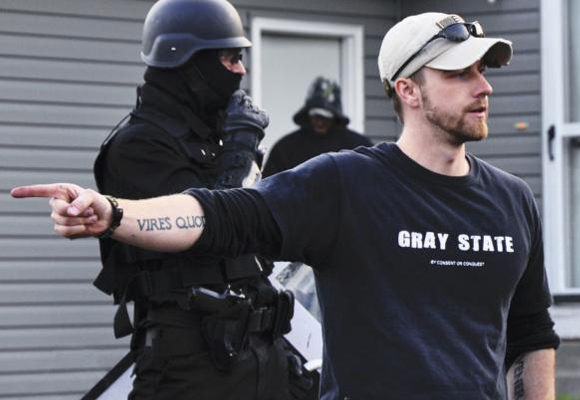 Erik Nelson is no stranger to doing a film about a grim subject matter, as he directed Grizzly Man. The film’s executive produced by Werner Herzog whom he frequently collaborated with. At the Q&A, Erik revealed that he combed through Crowley’s archive of 13,000 photographs, hundreds of hours of home video, and exhaustive behind-the-scenes footage of David’s work in progress. It’s a heart-wrenching look at what looks like an ordinary family tackling an extraordinary project… but something along the way, something went horribly wrong. What actually happened and what people want to believe is at the core of the film and the lines between them are inherently blurry. It’s pretty riveting, unsettling and emotional film, one that will linger for a long time after you saw it.

It was a warm Autumn night with temps in the 70s. Great to catch up with friends and some visiting filmmakers during TCFF’s Industry Night. 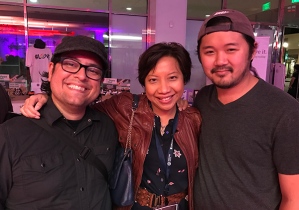 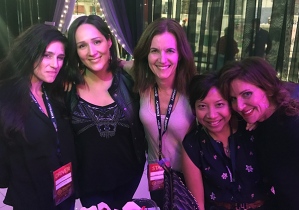 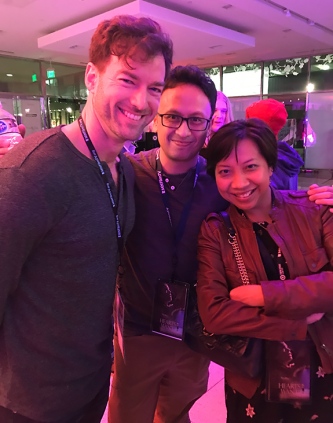 Stay tuned for my recap of a jam-packed Day 4 starting with two insightful film panels and two features, Beauty Mark and Cold November, back to back.

What’s in store for Day 5