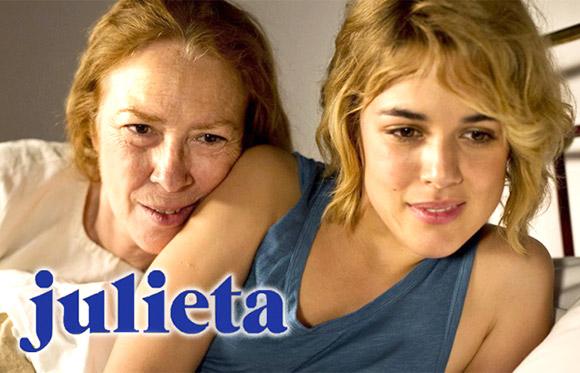 You may enjoy Julieta (2016) more if you know that it is a women’s film from the melodrama genre and a story of pure emotion. While it is labelled a romance it is nothing like a romance and don’t expect light entertainment or laughs as the film is devoid of humour. What is does have is an outpouring of quintessentially maternal guilt and self-absorbed loss that is palpable throughout the film. While critics may be divided, this is a beautiful film with a long aftertaste.

We meet the attractive widow Julieta just as she is packing to leave Madrid and move with her boyfriend to Portugal. Madrid is full of painful memories, the most intense of which is not seeing her daughter Antia for twelve years. A chance encounter with her daughter’s former best friend opens an uncontrollable torrent of guilt which suddenly fills Julieta’s life. Abandoning her boyfriend, she decides to stay in Madrid in case Antia ever looks for her. Unable to deal with her grief in any other way, she writes the story of her life as if she is talking to her absent daughter. 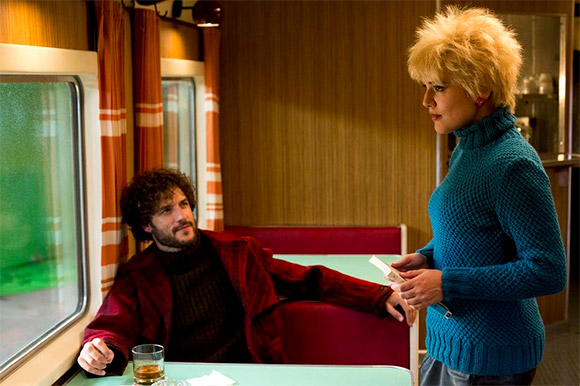 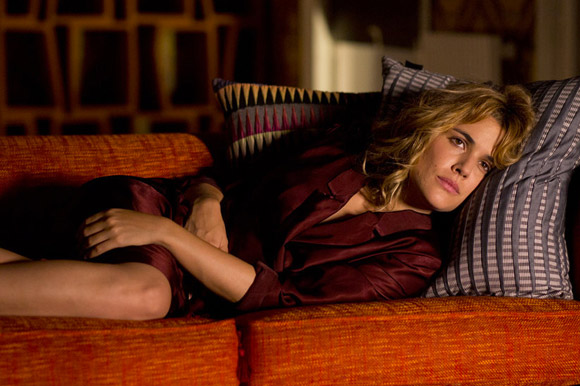 Julieta narrates the story in chapters that become extended flashbacks to her early romance with Antia’s father, their lives together as a family and its eventual disintegration. What was once a life full of loving relationships becomes one of multiple losses even though Julieta herself bears little blame for the tragedies. Julieta is unaware how deeply her daughter was affected by what happened and is bewildered when Antia searches for spirituality at a Swiss retreat. Her sudden disappearance without explanation has left her mother with unresolved grief.

As each chapter unfolds we see the larger portrait of the mother and daughter relationship in all its dense complexity and destructive power. The narrative teasingly denies us knowledge of why Antia refuses all contact with her mother, and year after year Julieta mourns each passing birthday as if it was a funeral. The storytelling intensity is sustained by finely nuanced acting from the two stars who play the younger and older Julieta, and those who play Antia at different ages. The camerawork has a melancholic sensitivity that resonates with the Spanish landscapes and urban settings, and while the story unwinds slowly, to tell it more quickly would lose depth and meaning. While Julieta is a darkly sensitive essay about the universal emotion of maternal guilt, its melancholy lifts like a rising fog with a masterfully ambivalent ending that soars.

Have you seen ‘Julieta’? Well, what did you think?