The Twin Cities might be more well-known for their arts and culture scene than other parts of Minnesota, but there are plenty of small towns that have so much to offer as well-Winona, for example. Okay, I might be a little biased, as it is home to my beloved alma mater (Winona State University), but it still deserves recognition. The cozy college town, nestled in the gorgeous bluffs of Southeast Minnesota, has a flourishing community of art, music, theatre, and film which can be enjoyed year-round, including Midwest Music Fest, the Great River Shakespeare Festival, and one of my favorites: Frozen River Film Festival. This five-day-long event showcases a variety of documentaries that educate and inspire audiences of all ages.

This year, FRFF showcased 81 different films, all of which went through an extensive selection process. According to Crystal, the festival’s executive director, the films are chosen by a committee of 12 individuals. “Each film is watched at least three times and ranked according to content, subject matter, narrative structure and audience engagement,” Crystal explains. “Once the top ranking films are analyzed, we look at the variety of subjects, important and relevant issues and decide which ones to program.”

My friend Alisha and I have volunteered at the festival for the past few years. In exchange for a few hours of tearing tickets and helping guests find seats, we get a free pass to any of the other movies for the rest of the week. It’s a fun excuse for us to visit our college home, get our coffee and cocktail fixes at our favorite local spots (looking at you, Blue Heron and Ed’s No Name Bar), and check out a variety of educational, entertaining, and inspirational documentaries. 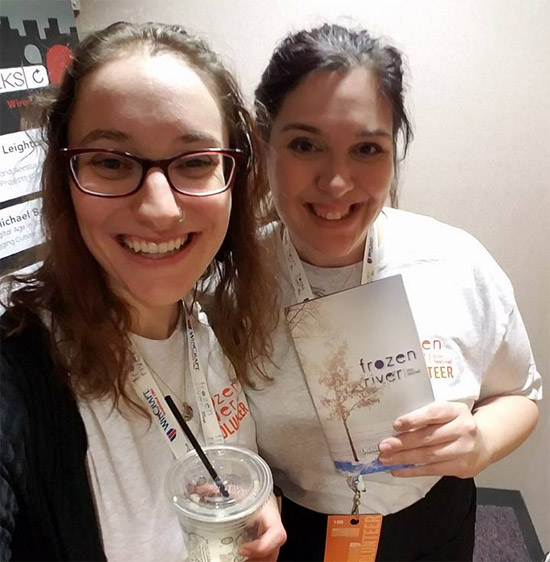 Below are the ones we saw this year, and I highly recommend you watch them if you get a chance. 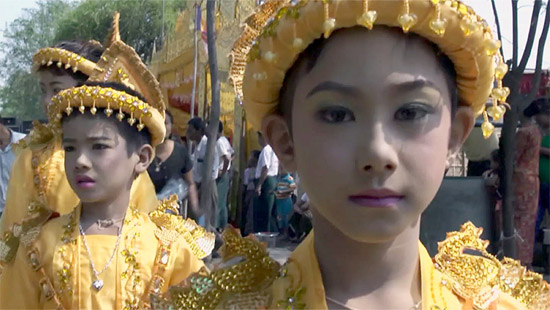 The first film we saw was a collaborative effort of 40 film teams all over the world. There was no narrative, which could have made the movie feel disorganized, but the editing and handful of interviews throughout actually made it a very effective choice. The film included a great range of cultures and beliefs, and it was interesting to see how, despite the differences in rituals and practices, they are used for the same purposes: as a source of strength in difficult times, as guidance in being a good person, as a way of connecting with the community. With a subject that is often so divisive, it’s so uplifting to see a project that highlights the similarities instead.

This documentary left me shaken, but it was also one of the most important; it’s definitely relevant considering the debates over Syrian refugees. The documentary follows a doctor from the U.S. who travels to a hospital in Turkey, literally fifty feet from the Syrian border, to help injured refugees. It’s gut-wrenching, hearing about government snipers singling out defenseless children and pregnant mothers, about markets being bombed when people are just trying to get food for their families, about how healthcare workers in the country are banned from helping those who oppose the government. The hospital the documentary takes place in is the only one in Turkey approved to help Syrian refugees. It’s certainly an eye-opening film that I hope will gain more attention soon. 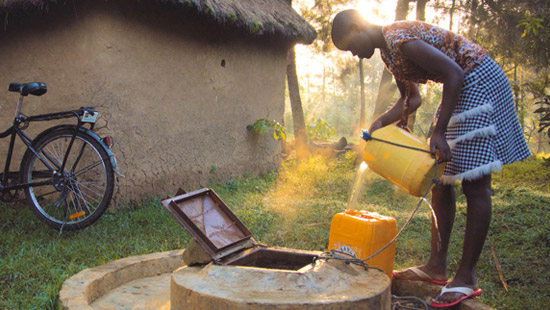 While this was the shortest film we saw (only about six minutes long), it was still impactful. Three women in rural Kenya explain how difficult it is for them to get to school, often having to risk their safety just to make it there. An organization called World Bicycle Relief provides bikes for the school to give girls, not only providing transportation, but a feeling of empowerment and courage for the students. In addition to benefiting the students, the organization also supports the local economy; the bikes are built in Kenya, and their next goal is to build an infrastructure to support them. It’s a great film for students here to watch in order for them to understand what they take for granted, because the women in the documentary are so willing to overcome serious hurdles in order to get an education: as one, Dianah, explains, “The challenges may be many, and the blessings bigger.”

Daughters of the Forest – Samantha Grant

Another strong documentary about female empowerment, Daughters of the Forest profiles the Centro Educativo Mbaracayú, a boarding high school for girls in a Paraguayan forest reserve, where they teach girls how to support their rural communities without destroying the forest, as well as give girls an opportunity to learn about and explore career options they might not have otherwise imagined for themselves. In a society with a teen pregnancy rate of 30%, where young girls are seldom asked what they want to be where they grow up, this school teaches girls they can be anything they set their minds to, even in roles that are not traditionally female. The documentary was filmed over a span of five years, showing the girls’ journeys as well as where they are now. 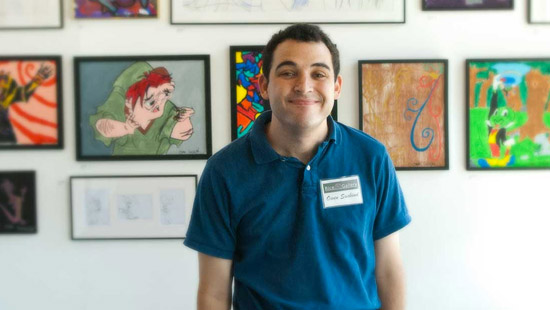 This film was one of the Oscar nominees this year, and for good reason. Life, Animated tells the story of Owen, a young man with autism who is about to take his first steps toward independent living. Since childhood, Owen has been able to make sense of the world through Disney animated movies, and the documentary intercuts moments in Owen’s life with related Disney clips as well as roughly sketched animations of Owen as a young boy, which adds a beautifully creative touch to this particular style of filmmaking. Life, Animated is an informative, uplifting movie that brought tears to my eyes more than once; I never thought Gilbert Gottfried (the voice of Iago in Aladdin) making a surprise appearance would be considered heartwarming, but once you find out the significance of the character to Owen and his development, the grating-voiced actor’s cameo really packs an emotional punch.

My biggest regret is that I was only in Winona for the weekend and was only able to see a handful of films. There were so many others that sounded amazing, and next year I might have to take a little more time off work so I can enjoy more of the festival.

FRFF isn’t just a tourist draw, but an advantage for Winona locals as well. “Individuals who may otherwise not be documentary or independent film fans will come out to this event to catch up on the latest films,” Crystal explains. “Many films don’t come to our local theater. For instance, Life, Animated, which plays on Sunday 2/19, is up for an Oscar in February. Our local theater will never play some of the less-known films that people can catch at the festival.”

Whether you’re a city dweller or a Winona native, Frozen River Film Festival is worth checking out.