Welcome to FlixChatter’s blog series! As is customary for this monthly feature, I get to post five random news item/observation, etc. and then turn it over to you to share your take on that given topic. You can see the previous five-for-the-fifth posts here.

1. I know it’s been over a week since the death of Bill Paxton, who passed away on February 25 at the age of 61 from surgery complications. As this and many other tweets pointed out… Paxton was the only man to face off against a Terminator, Alien, and a Predator. He’s certainly famous for his sci-fi genre roles, but boy he’s done SO many memorable roles in his illustrious career. He’s such a consummate character actor who’s convincing playing anything… the ultimate ‘everyman’ in most of his movies as he’s so darn likable. 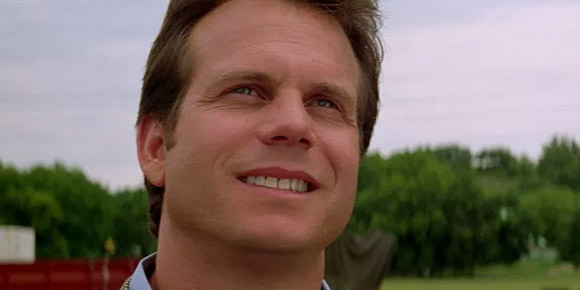 I pretty much grew up with Paxton in the 90s too, with movies like True Lies, Apollo 13, A Simple Plan, Titanic and of course Twister, where he got the lead role. It’s hard to pick which is my fave role of his, but certainly Twister is in my top 3.

….
2. I got a chance to see an adaptation of Shakespeare’s epic tragedy King Lear at the Guthrie Theatre. One of the main reasons for me to see it is because Blood Stripe‘s lead actress Kate Nowlin plays Goneril, one of Lear’s three daughters.

It was a brilliant stage performance, with great lighting effects and sound design. I actually hadn’t seen any film version of the movie, not the 1971 movie nor the 2009 PBS’ Great Performances version with Ian McKellen. So I saw it fresh for the first time and was quite riveted by it.

What’s your favorite film based on a play… and which play would you like to see made into films?
…

3. Ok switching gears drastically… I hadn’t even been paying much attention to this sequel but when I saw the teaser last night I knew I had to include it here. Behold the Deadpool 2 teaser …

Ryan Reynolds and his Deadpool team has done it again! They’ve been very savvy w/ their promotional efforts for the first one and looks like their crazy, unhinged brand of humor is in full display! I wonder how much they had to pay DC to get the rights to use John Williams’ Superman music but man was it awesome!! It’s the kind of teaser I could watch over and over, let’s hope the sequel is as funny as this teaser!

Thoughts on the teaser? Are you excited to watch the Deadpool sequel?
…

4. Well, some of you might’ve read that LOGAN is my pick of February Movie of the Month. I hadn’t been anticipating it much, my hubby was more psyched about it than I did, but I was blown away by the film. 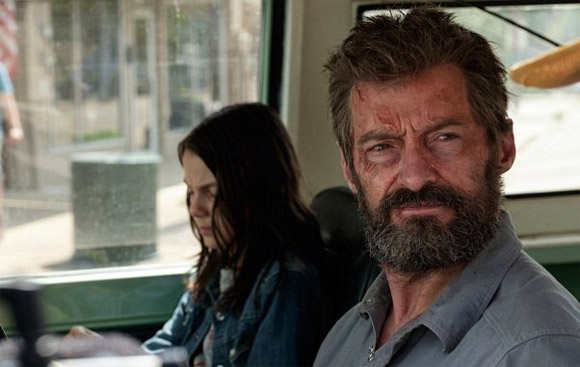 It’s incredible that the 48-year-old Aussie actor has played the role for 17 years in various X-Men films and their spin offs. It’s rare for any actor to have played the same role that long, so it’s no surprise that Logan marks he last time he’ll reprise the role.

It proves that scheduling conflict can be a good thing for some actors… most of you know that Dougray Scott was originally cast as Wolverine, but he had to bail as Mission: Impossible II (2000) required more filming time. Well I can’t imagine anyone else but Hugh as Wolverine now.

What are your thoughts on Hugh Jackman retiring as Wolverine… and who do you think should play the role next?
…

5. Ok, since this might be my last Five for the Fifth post in a while (given I’ll be filming my short film in mid April and the following months I might be tied up with post-productions), so I decided to come up with all five questions 🙂

I got a press release email in early February about The Ottoman Lieutenant I hadn’t even heard before. Perhaps this is the first time you’ve heard of it too? I also got another email from the press rep that there’s a possible phone interview with the lead actor Michiel Huisman, who I loved in Age of Adaline. We’ll see if that pans out. In any case, check out the trailer:

The Ottoman Lieutenant is a love story between an idealistic American nurse and a Turkish officer in World War I.

Well, I might check it out when it opens later this month, interesting to see Minneapolis native Josh Hartnett in it as well. It’s a pretty crowded Spring though with a bunch of big-budget releases like Kong: Skull Island, Beauty & The Beast, as well as smaller fares like Wilson,Kristen Stewart’s Personal Shopper and T2 Trainspotting.

So what’s the one movie you can’t wait to see this Spring?

Well, that’s it for the MARCH edition of Five for the Fifth. Hope you’ll take part!