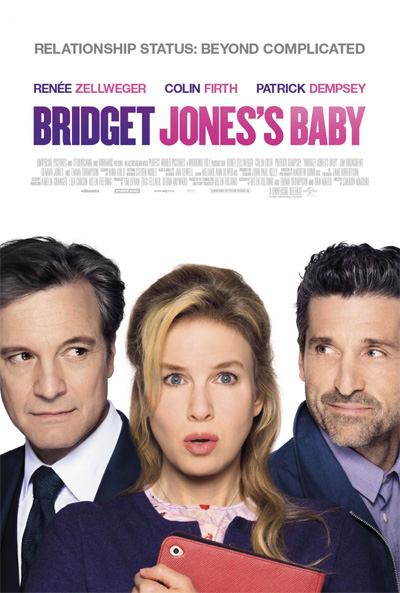 To be honest with you I hadn’t paid much attention to this franchise. Yes I enjoyed the first movie but I wasn’t clamoring to see the sequel. But once I learned that Emma Thompson had written the script, well it changed everything! Her Oscar-winning script results in one of my fave film of all time, the 1995 Ang Lee’s version of Sense & Sensibility. This one also has a Jane Austen connection. Obviously w/ the main male character named after her most famous hero Mr. Darcy, but it’s also got Gemma Jones who played Emma’s mother in S&S as Bridget’s mom. 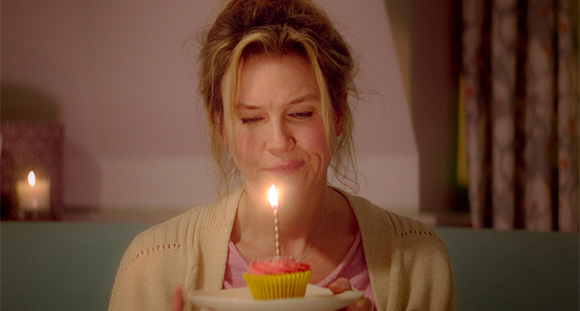 In any case, we’ve got the bumbling-but-charming heroine back and Bridget is still as endearing as ever. Renée Zellweger remains committed as she was twelve years ago in Bridget Jones: The Edge of Reason, it’s definitely the role she’ll be most remembered for. As the film starts with the song ‘All by myself’ we know immediately what state of mind she’s in, celebrating her birthday all by herself. It’s like a bus, you wait for one for weeks and suddenly two arrive at the same time! So, as luck would have it, within a week Bridget ends up running into a new guy Jack (Patrick Dempsey) and her beloved ex Mark Darcy (Colin Firth) who’s now married to a woman named Camilla. When I said *running into* these two guys, of course it involves more than that as our protagonist got knocked up.

The film pretty much revolves around the question ‘who’s the father?’ Don’t worry, I wouldn’t spoil it for you, though even if you do know who it is, it’s not really going to spoil the movie. The ongoing rivalry between Jack and Mark isn’t as explosive as the ones between Mark and the dastardly charming Daniel (played Hugh Grant), but it’s still pretty fun to watch. It’s interesting how Bridget first saw Mark in this movie at Daniel’s funeral, where they stole glances at each other. Of course Bridget Jones movies has always had a Cinderella fantasy aspect, but they turned it up a notch in this last one. It’s certainly fairy tale territory when you’ve got a hot, rich guy falling for you after witnessing you fall smack dab into a mud, never mind the fact that she wore dainty kitten heels to a Glastonbury music festival! 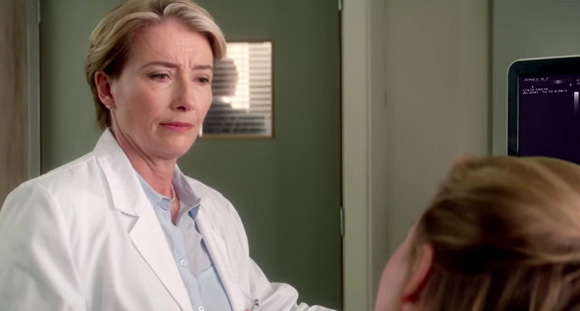 I think the funniest bits involve Emma Thompson as Bridget’s OB/GYN, especially when she realized Bridget didn’t know who the baby daddy is. I wish she had more screen time as she’s always a hoot to watch. Whilst Thompson is new to the franchise, director Sharon Maguire is back again after directing the first Bridget Jones movie. I’d say this movie still delivers (pardon the pun) the laugh from start to finish, even if the movie itself might be uneven and some of the jokes feel past its sell-by date (Gangnam style? Hitler cats??) It’s ironic given the character actually says those exact words in the movie. But when the jokes are spot on, it’s thigh-slappingly hilarious. From the scene in the birthing class to the moment the two guys have to take turns carrying her to the hospital, they had me in stitches. The slapstick comedy involving a heavily pregnant Bridget and a revolving door is a moment of comedic gold. There’s also an amusing bit when Bridget and her anchor friend Miranda (Sarah Solemani) ended up bringing the wrong guest on the air for their cable news program. I certainly find myself laughing much more watching this than another female-centered British comedy Absolutely Fabulous.

Zellweger’s still fun to watch as Bridget, even though her looks has changed so much since the last movie. It’s not a criticism of how Reneé looks at all. It’s just an observation that she might’ve done something to her face, and a testament of the pressure for actresses in Hollywood to defy aging. Dempsey as the new guy is quite a pleasant surprise to me, as I’m not his biggest fan of McDreamy. He’s actually got some comedic chops and his Jack is quite a contrast to the stiff-upper-lip Mark. Firth’s certainly got that perpetually-exasperated expression down pat ever since he played Mr. Darcy in 1995! He’s still Bridget’s ‘knight in shining armor.’ There’s even a scene of him coming through the fog in his long overcoat to *rescue* the damsel in distress, well it’s just Bridget being locked out of her own apartment. It’s so ridiculously over-the-top but in a cheeky kind of way. 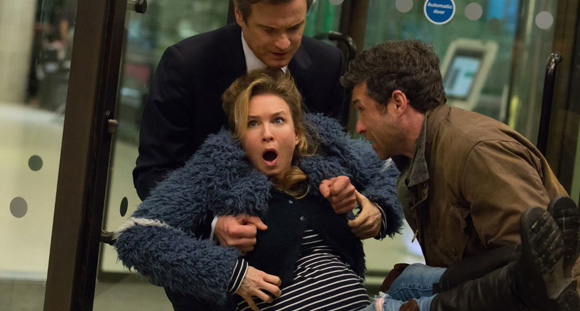 The supporting cast is great all around, from Bridget’s parents (Jim Broadbent and Gemma Jones), and her trio of friends (Sally Phillips, Shirley Henderson and James Callis) are all back albeit briefly. There’s a funny cameo in the beginning of Ed Sheeran but I actually didn’t recognize him as I don’t really listen to current pop music.

I laughed quite a bit watching this, so all things considered, this sequel is still riotously entertaining. The cast look like they’re having fun with this, especially Zellweger herself who’s still fun to watch as Bridget. I still think sequels are generally extraneous, but if you’re gonna do one anyway, better make it worth your while. I actually don’t mind watching this again when it’s out on rental, it’ll make for a fun girls’ movie night 😉

Have you seen ‘Bridget Jones’ Baby’? Well, what did YOU think?