It seems tradition that during every film festival in town that I have at least one Juliette Binoche movie on my schedule. Well, she’s still the main reason to see this one.

The film centers on two women who’s somehow thrown together just before Easter, set in a picturesque Sicilian town. The actors speak in both Italian and French which is just incredible as sometimes I can’t even tell which language they’re speaking. The film opens with a close-up of a statue of Christ, and later it’s revealed we’re at a church during a funeral. We’re not told who the deceased person is, but it’s pretty much hinted throughout who it is. We meet Anna (Binoche) in mourning, just as a young girl Jeanne (Lou de Laâge) arrives at the airport to spend time with her and her son Guiseppe.

The title of the film refers to the time the two of them waits for the arrival of Guiseppe for Easter. It wouldn’t really be a spoiler to say that Guiseppe isn’t coming because it’s pretty obvious that Anna is struggling to mention to Jeanne what has happened to her boyfriend. There are some heart-wrenching moments between the two, especially when Anna makes up a lie about why Guiseppe isn’t coming home.The Catholic references in Piero Messina‘s feature film debut is apparent. It might’ve been partly inspired by Michelangelo’s Pietà sculpture where Mary cradled his dead son Jesus’ lifeless body. It’s heart-wrenching to see a mother mourning the loss of his son, something Anna still can’t quite come to grips with. If somehow she could still keeps his son alive even if it’s just in his girlfriend’s mind, perhaps he’s not really truly gone. 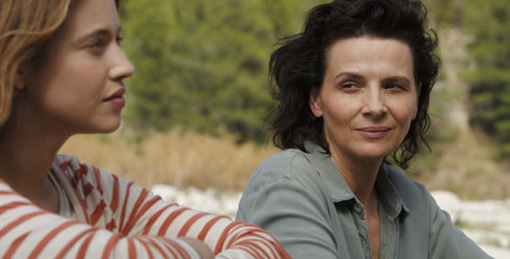 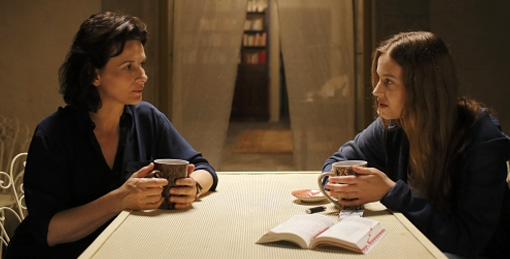 The film itself requires a lot of patience as it’s deliberately s-l-o-w and reflective. At times it feels overly indulgent and tedious, but thankfully we have two excellent performers that help keep my interest. Binoche is superb as always, believably conveying genuine sense of dread and grief. Laâge, whom I’ve never seen before, is equally compelling as the young and enchanting Jeanne and she has quite a natural intensity that is well-matched for Binoche. The stunning backdrop of Sicily is another plus, which also adds an atmospheric and mystical tone to the movie.

That said, I appreciate this movie more than I love it. I’d say it’s worth a watch if you’re a huge fan of Binoche as it could be wearisome in the way the story played out. But for me, I’m still glad I watched it and was quite moved by the lead performances. The story has a haunting quality that lingers long after the end credits, but it also requires an extensive amount of patience to fully appreciate it.

Have you seen ‘L’Attesa’? I’d love to hear what you think.

Leave a Reply to Three Rows Back Cancel reply