It’s just three days away until Daredevil Season 2!! All 13 episodes will be out on Netflix on Friday, March 18 at 12:01 PST. It’s actually two weeks earlier than the air date of the first season which was released on April 10, 2015. It wasn’t until about a month later that my hubby and I finished all 13 episodes but once we’re done, we couldn’t wait for more!

Well, after nearly a year, that day is just around the corner! The latest trailer just dropped and it wets my appetite even more!

…
I’m just in the process writing my review of Jessica Jones‘ season 1 and I don’t think it’d be a huge spoiler to say there’s a connection between these two Netflix superhero series. I was literally screaming at my tv when I saw one of Daredevil‘s characters made an appearance!

Just when Matt (Charlie Cox) thinks he is bringing order back to the city, new forces are rising in Hell’s Kitchen. Now the Man Without Fear must take on a new adversary in Frank Castle and face an old flame – Elektra Natchios. Bigger problems emerge when Frank Castle, a man looking for vengeance, is reborn as The Punisher, a man who takes justice into his own hands in Matt’s neighborhood. Meanwhile, Matt must balance his duty to his community as a lawyer and his dangerous life as the Devil of Hell’s Kitchen, facing a life-altering choice that forces him to truly understand what it means to be a hero.

Where season 1 left off

It ended on an optimistic note but still left plenty of uncertainties for resident of Hell’s Kitchen. The scary big dude Wilson Fisk (Vincent D’Onofrio) managed to escape custody in the finale but thankfully Daredevil was able to corner him and so he’s now in prison.

I thought that white wall thing in his cell for him to stare at is quite hilarious. Murdock and his BFF/law partner Foggy Nelson (Elden Henson) put up a new sign outside their law office, and now Foggy is fully aware of his best friend’s nightly activities as a crime fighter.

I thought that Wilson Fisk was a pretty scary adversary but sounds like we ain’t seen nothin’ yet. Jon Bernthal has joined the cast as Frank Castle, a.k.a. The Punisher, who’ll come to Hell’s Kitchen to deliver his own brand of justice. Whilst Matt typically incapacitate the criminals but left them alive, Frank didn’t seem to have any qualms finishing them off any way he could. And Bernthal sure have the physicality and grit that made him truly menacing. I actually haven’t seen any film version of The Punisher, there just hasn’t been any worth checking out to be honest. But THIS version looks pretty darn cool and I’d welcome a spinoff of his character which is currently in the works. Just like Batman vs Superman though, I think these foes will eventually join forces against a common enemy, not sure who that’ll be. 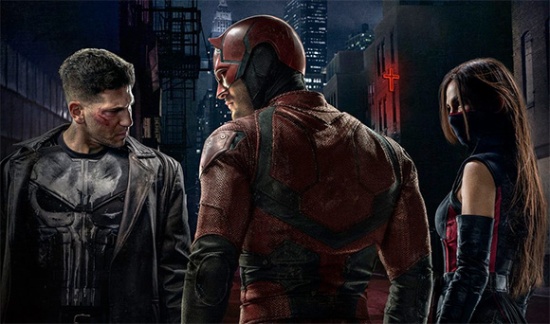 Here’s a featurette of Frank Castle, a man looking for vengeance descend into Hell’s Kitchen. He is reborn as The Punisher, a man who takes justice into his own hands in Matt’s neighborhood.

I’ve also got the good fortune of not having seen the Daredevil movie w/ Batfleck aka Ben Affleck, nor the spinoff Elektra starring his current ex Jennifer Garner. I only know that Elektra has a romantic history w/ Matt Murdock, which naturally sex things up a lot. Daredevil’s former flame is now played by a French actress Elodie Yung whose exotic looks goes well with her dangerous martial arts badassery.

… but the old gang are back again

I LOVE all of the supporting cast of Daredevil and they all have interesting character arc that serve the overall narrative.

I love both female characters in season 1, Claire Temple (Rosario Dawson) and Karen Page (Deborah Ann Woll). I’m especially excited for Claire and hope that there’ll be more scenes between him and Matt. They certainly have a pretty scorching chemistry but most of the action involves nurse Claire stitching up Matt after a bloody fight. Hopefully there’ll be more interactions between her and Foggy & Karen, too as they’re the only ones who know about Matt’s secret identity. 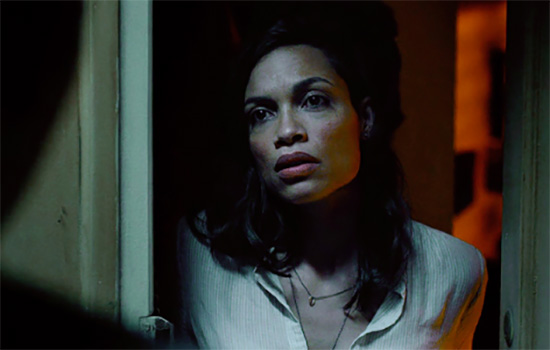 Karen’s an intriguing character in her own right, as she’s more than just a legal help in Nelson & Murdock law firm. I’d love to see a bit more of her backstory in season 2, hopefully it isn’t lost in the battle between Matt and his two new formidable foes. 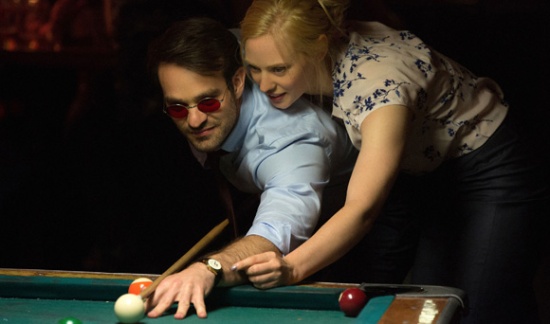 The scene where she shot Fisk’s right-hand man Wesley was unexpected but a welcome story arc for her. There was a hint of romance between him and Matt in the first season, so maybe there’ll be more of that in season 2? I just hope there’s no love triangle (or even quadruple??) nonsense and it’s rarely handled well and it almost always comes out corny. Must be nice being Charlie Cox though, having not one or two but three potential love interests in a single show, wow!

Well, I’m gonna end it with this photo of Nelson & Murdock legal team, now this is a law firm I can totally get behind. Friday can’t come soon enough. For sure I know what I’ll be watching this entire weekend! 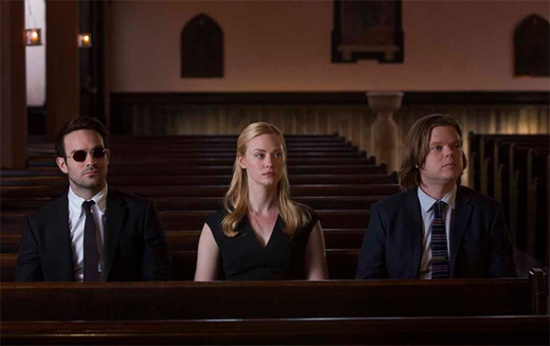 So are you anticipating Daredevil Season 2?

23 thoughts on “Counting down to Netflix’s Daredevil season 2!”