To be perfectly honest, I never thought I’d actually be writing a review of Deadpool, let alone a top 10 list praising the movie. I hadn’t been anticipating this movie at all – crass, vulgar, foul-mouthed movies aren’t my thing and I’m not exactly a fan of Ryan Reynolds as an actor. But all the massive buzz got this movie blogger intrigued, I simply just had to find out what the fuss is about. Heck, I even went to the screening twice as the first time around the film couldn’t be played.

Well, it ended up being a pleasant surprise and I totally get why people are flocking to see it. It’s shattered all kinds of box office records with $150mil domestic gross ($264 mil worldwide) which is unheard of for an R-rated flick opening in the month of February!

The Guardians of the Galaxy‘s director James Gunn weighed in on its success, “Deadpool was its own thing. THAT’S what people are reacting to. It’s original, it’s damn good, it was made with love by the filmmakers, and it wasn’t afraid to take risks.” (you can read his FB post here) Yep, I agree with him.

Here are 10 reasons why the Deadpool movie won me over:

I LOVE British comedies as they rarely shy away from poking fun of themselves. Deadpool relentlessly pokes fun at himself, the actor playing him, and even the studio that made it. That bit about the studio not being able to afford more X-Men characters in the movie got the biggest laughs. There are a plethora of jokes on Reynolds himself and his failed superhero flick Green Lantern. It’s also not afraid to make fun of famous people, that bit about David Beckham’s helium voice is absolutely spot on!

As Reynolds is close to my age, I really appreciate the references to 80s pop culture, especially the music. I mean, WHAM! was huge back in high school, and we all were crushing on George Michael. Boy I’d never be able to listen to Careless Whisper the same way again.

…
I also laughed so hard when You’re the Inspiration by Chicago played on, that was my brother’s favorite band and he’d listen to it endlessly in the car until my ears bled!

The marketing folks over at Fox have done some genius marketing for the film. The first time I saw this V-day poster I had a good chuckle. But hey, it turns out, Wade and Vanessa are genuinely in love, imagine that! The love story is actually pretty compelling and you get why he’d do whatever it takes to protect her. Reynolds and Morena Baccarin have a fun, playful chemistry together. I also think that it’s nice to see that they opted to hire an actress close to Reynold’s age as his love interest instead of some pretty young thing like they did in his previous superhero movie.

4. There are some bad ass women in this movie

Brianna Hildebrand is quite memorable as the brooding Negasonic Teenage Warhead. She didn’t have many lines in the movie, but the brief exchanges between these two are pretty funny. There’s Gina Carano as the villain’s henchwoman (natch!) There’s even a hilarious bit when she dropped to the ground forcefully like Superman, obviously poking fun at the famous superhero landing. I think it’s even funnier the fact that Gina used to date Man of Steel himself, Henry Cavill. I think Vanessa herself is no damsel in distress. Even when Deadpool went to save her, she got some ass-kicking scenes of her own.

5.  I actually care about Wade Wilson 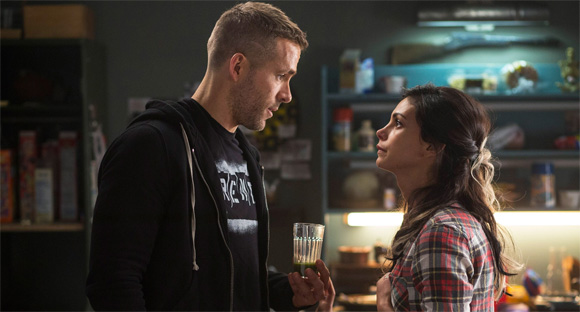 Kudos to the writers (Rhett Reese and Paul Wernick) as well as Reynolds himself in making a character worth caring about. The fact that Wade didn’t start out to be a superhero had a lot to do with it. [spoiler alert!] He’s also the first superhero who suffered from cancer. I actually felt really bad for him, and for Vanessa when he left her. No matter how cool a character is, if you don’t give a reason for us to care for him/her, it’s hard for us to care for the movie, too. In a way, it made me think that his crazy antics is perhaps a means to cope with his pain.

The accelerated healing powers that he got as a result of the rogue experiment could’ve been another ho-hum origins story. Yet here it felt like the hero’s earned it and we root for him after all he’s been through. That superpower isn’t just cool for the action stuff, but it also made for some of the funnies, albeit cringe-worthy, jokes in the movie.

Ok, the opening credit is definitely one of my favorite scenes in the entire movie. It immediately establishes the tone and style of the movie, the extreme self-awareness and brazenness in roasting pretty much everyone involved. As we watched an action scene being frozen and played in slo-motion, we get quips like “the writers are ‘The Real Heroes Here” and “the director is ‘An Overpaid Tool” and the likes. They made fun of some of their own movie clichés like having a [one note] British villain and gratuitous cameo. It’s as if they’re making their own ‘Honest Trailer’ video of their own movie, ahah.

Ok so the villain is pretty much one-note and humorless (Ed Skrein), though all the jokes about his English teeth was indeed funny. But Karan Soni as Dopinder the Indian cab driver and T.J. Miller as Wade’s BFF Weasel had some hysterical lines. I think the ‘avocado’ line that Weasel said to Wade after seeing his face after the experiment is so mean yet because they’re good friends, you can’t help but laugh while cringing at the same time. Oh, and Colossus has never been funnier here w/ his Russian accent. Most of his scenes with Deadpool are simply hysterical, and the fact that he’s so polite provides an amusing contrast to the juvenile & irreverent Wade.

Ok so the R-rating is absolutely warranted and it’s definitely more violent than John Wick where a lot of the shots fired are quick and blurry. But just like that film, this film certainly had some stylish action sequences. First-time director Tim Miller, who had a background in visual effects, did a nice job staging the high-octane action throughout. But what made it even more memorable is the biting wit that accompany the action. Having the protagonist constantly wise-cracking as he shoots and make human kabobs out of people certainly makes it extra fun to watch.

9. Ryan Reynolds is perfect in the role

You can’t make a top 10 list about Deadpool and not mention Ryan Reynolds. In many ways, he’s the reason the film worked as he & the filmmakers have fought hard to have their brazen vision of this comic-book character come to life in this adaptation. He’s played this character before in the lame X-Men Origins: Wolverine but it barely made a mark. But here, he got to showcase what he does best, that is comedy. I really don’t care for him in dramatic roles or even as a typical action hero. But here he’s so at ease at making fun of himself which is a brazen act in and of itself. Reynolds definitely got another leash on his superhero life as Deadpool will become a massive franchise after its gargantuan box office take. I’d say he should stick to this genre of action comedy as that’s what he does best.

10. The fact that it turns the conventional superhero formula on its head 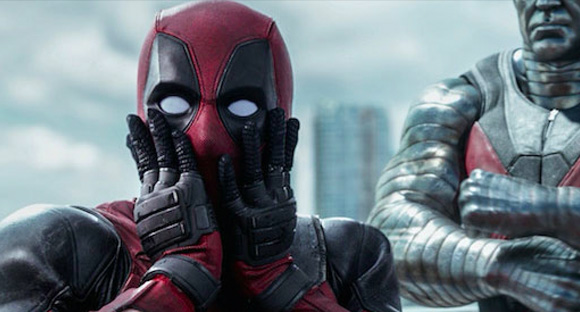 Now, despite all the praise, this isn’t a movie I’d readily watch again though. The graphic violence, sex scenes, full frontal nudity, and that whole scene at the strip club are gratuitous and not something I enjoy watching. But overall, this movie is pretty darn entertaining. I give props to the filmmakers for delivering on the promise of an unconventional superhero movie. It does exactly what it says on the tin and it’s refreshingly daring in its approach.

So, what do you think of Deadpool? Did you enjoy it as much as I did?

50 thoughts on “10 reasons Deadpool movie won me over”