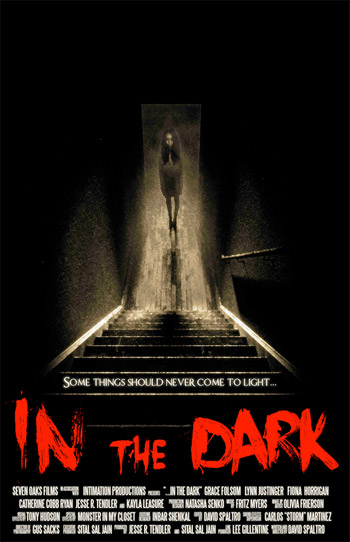 A skeptical grad student and a paranormal specialist investigate a potentially haunted home and the troubled woman inside whose affliction may be beyond the capacity of either of them to diagnosis.

In The Dark was an attempted shot of energy and breath of fresh air in a popular, but overcrowded genre marketplace, combining both the appeal of the thrills and chills that is a staple of the horror genre, as well as a strong, original story, headed by a female cast of some of NYC’s most talented actresses. A lovingly bloody valentine to the inspirational works of Stephen King, John Carpenter, and 1973’s The Exorcist; the film’s strikingly haunting visual images from cinematographer Gus Sacks is complemented by over 50 minutes of original music by award winning composer Fritz Myers of Platitude Music (IFC’s “White Reindeer”, “Sushi Girl”, Best Soundtrack, 2012’s Toronto After Dark Film Festival).

Most FC readers know I don’t watch horror films, but here are some excerpts of reviews of In The Dark:

“Right from the opening scene that will chill you to your core, ‘…In the Dark’ is a deft use of suspense and darkness… it successfully dissolves any comparisons to The Exorcist and becomes something original… compelling performances and a story that really hooks!” – Ain’t It Cool News

“Nightmarish and filled with an atmosphere of dread… a movie that boasts a good story and strong cast.” – TwitchFilm

“…the all-female lead cast is phenomenal, and it’s great to see ladies in a horror movie not used as sex bait or the tired Final Girl trope.” – Horror Film Central

“***…stands tall above other indie horrors of its ilk, largely due to Spaltro’s background in dramatic storytelling…rare to see cinematography of this standard in a low-budget horror… A chilling movie.” – Flickering Myth

I had met writer/director David Spaltro three years ago when he had his Midwest premier of his drama Things I Don’t Understand at TCFF. So it’s nice to see him return to Minnesota and premiere his new film, this time a psychological horror In the Dark. I love that David’s films are always filled with intriguing female characters, and this new one actually has a mostly female ensemble! So check out my Q&A with David about making the film, the casting process and some of the horror/thriller filmmakers who’ve inspired him.

Q: This is your first foray into writing and directing a horror feature, what makes you decide to tackle this genre?

A: It was sort of just fortuitous timing, really. I had been in development on a third feature film Wake Up in New York, and slated to go into production in Spring 2014, but that Winter hit a financing snag that sort of put the breaks on it at the time. I was a little burned out after all that work, and not sure if I should take a break and go back to trying to get that back up again, or look at a different project, when I was contacted to meet with an investor who wanted to make their own feature, a horror film, and needed a script. I took the meeting, thinking it was just to write a film, and ended up being offered the reigns to direct it as well, after pitching a few story ideas and what was possible.

It was a mad dash to complete the script, but literally 14 months after that meeting, I was able to hand the investor a completely finished horror feature. I had no real intentions of delving into the genre, at least at that point, but I was starving creatively to try something different, and saw it as a good chance to grow and learn as a storyteller, and add something different to the character drama/comedies I was known for, while hopefully still retaining my particular voice. It was a unique, very rare instance where someone says they have a particular budget, offering a writer-director the freedom to play with that canvas, as long as it’s within the confines clearly of a horror genre film and something they can use commercially.

Q: What’s the inspiration behind the story of possession? Is ‘In The Dark’ more of a slasher or body horror flick or more of a psychological thriller?

I wasn’t sure what I was going to tackle with the genre, and what i found after researching a lot of my favorite horror in literature and films, was the ones that really, REALLY worked had at the center a core story or dramatic artic with fleshed out characters you cared for, and then the genre tropes were used to heighten that story and tell it better. I came across a really strange medical paper written by a psychologist that was very bland and technical in it’s structure and the way it described the maladies, the way you would read in a medical encylopedia or about any rare disease… this one just happened to be about demnonic possession. I found that odd mix of real science and things beyond science to be really interesting and kind of used that as the seed moving forward, and of course wanting to tell a story with strong female leads.

Q: The film deals with the issue of mental illness, how did the research process go before you start writing the script?

I used my own personal experiences with people through my life, and definitely read some articles and books. I feel like whether it’s mental illness or (if you believe) in true demonic possession, there’s something really terrifying to us about being alive and being out of control of ourselves, body and soul. I can’t imagine what it would be like to deal with that, and also be the people in the world of someone dealing with that. More than any ghost, monster, or slasher the loss of self and shattering is something pretty terrifying to me. 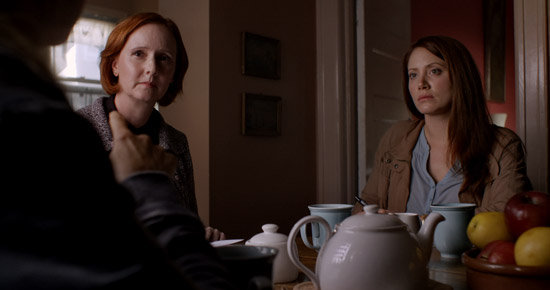 Q: What made you decide to have a female ensemble cast for your first horror feature? Would you elaborate about the casting process?

I had pretty much written for the role for all four leads in the film. Grace Folsom, of course, is just phenomenal. She’s my favorite actress i’ve worked with in how she just gets my material and the way she powerfully elevates everything and everyone in a scene with her. She’s a gift. Lynn Justinger I met and worked with briefly on “Things I Don’t Understand” and have been dying to collaborate with–we’re still developing a few projects together, and this seemed like a great chance to work with her and also do something so completely different then she was used to, and she just crushed it. We recently screened in her hometown in Buffalo and picked up the audience award.

Fiona Horrigan and Catherine Cobb Ryan I met in two separate workshops, and was bowled over by their work and also their desire to work with me, so it gave me a great chance to work with four strong ladies of different ages and backgrounds. That’s osmething that I think will always be important to me—not that every project and every character will have to be female moving forward, but making sure whatever the story and arc, the female characters are well rounded and fleshed out and serve the story. No eye candy or explotiation allowed. 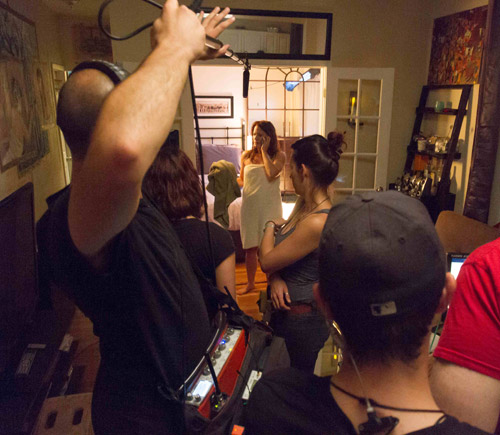 Q: Lastly, what’s been some horror filmmakers and horror/thriller films that’s inspired you?

I was a really big fan of “It Follows” by David Robert Mitchell and “Babadook” by Jennifer Kent that kind of gave me the confidence to go in the slow burn true horror style.I sort of rekindled my love for the horror genre, and definitely dove into a lot of old favourites, as well as viewing a lot of films from different periods and international locations. The ones that always stuck out for me, and that I most drew from were the early films of George Romero, Wes Craven, and of course John Carpenter who’s really sort of the spiritual Godfather of this film. A personal favourite of mine that I think is most an inspiration from his catalog was Prince of Darkness which is really about science confronting faith and superstition with just a lot of dread and character work. It’s really surreal, too. Also, the works of Stephen King and how a lot of his stories don’t even become horrific until about 1/3 of the way in, he very slowly draws you into a very enjoyable story with rich characters that you care about, and then when he starts unleashing Hell and darkness on them and the reader, you’re just terrified and disturbed because you totally forgot what you were getting into.

I wanted that same kind of mood, atmosphere, and dread in the film. Also early seasons of the X-Files, their camerawork and mood, was something I wanted to reference. In a lot of ways, Lynn is my Scully and this is my attempt at an X-Files episode. Of course, everything lives in the shadow of The Exorcist, so I tried to steer away from too much in that realm, as anything that comes after is just some form of knockoff. It’s untouchable in its ability to not just generate fear, but emotion from an audience. You’re exhausted and moved after watching it, even today. 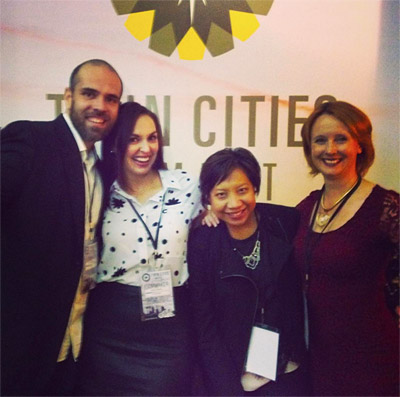 What are your thoughts of In The Dark?
…