Sean Penn has been out of the limelight for a few years, so in order to get people talking about him and promotes his new movie; he decided to tell some lame joke at the Oscars. Kudos to his PR team, after the so-called “offensive” joke, Penn is relevant in Hollywood again. Now it remains to be seen if his off color joke will get people to go see his new action picture.

The movie opens with a flashback to 2006, Jim Terrier (Penn) is a humanitarian working in Congo with his buddies Felix (Javier Bardem) and Cox (Mark Rylance). Terrier also has a girlfriend named Annie (Jasmine Trinka), she’s also part of his team of do-gooders. What she doesn’t know is that Jim, Felix and Cox are a bunch of assassins working undercover. They’ve been assigned to take out an important political figure that their boss wanted to get rid of. After he assassinated Congo’s Minister of Mines, Jim disappeared and told Felix to look after Annie.

Fast forward to present day, Jim is still working as a do-gooder in Africa, but things got dicey when some armed men came after him, of course being a super assassin, he took them out easily. Alarmed after the attack, Jim sets out to London to see his old buddy Cox, who’s now working as a top executive at some big corporation. Jim suspects that their mission back in 2006 has been compromised and it’s the reason why he’s being targeted. Cox is skeptical but assured Jim that he’ll look into this matter. After a brief stay in London, Jim heads to Spain to see Felix, who’s now married to Annie. Things got messy when assassins showed up at Felix’s house and now Jim and Annie are on the run. The rest of the movie is about Jim trying to figure out who’s after him and keeping Annie safe. This being an action movie, there has to be some shootouts and explosions between the boring scenes. And that’s the problem with this movie, it’s so boring! There’s nothing interesting about the plot or any of the characters, by the time the true villain is finally revealed, we the audience already figured out before the hero did. Not only was the movie boring, it also took itself way too seriously. 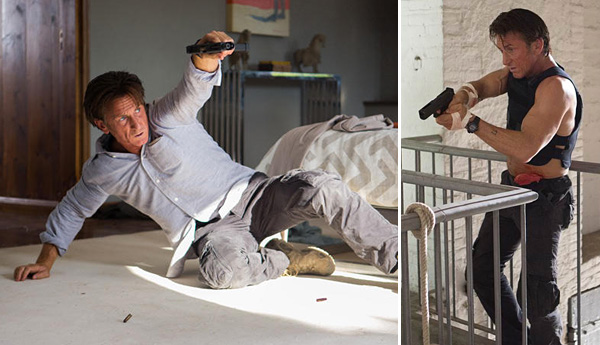 Not known for being in action pictures, Penn was actually decent as an action hero. It’s obvious he worked out for a long time to prepare for this role, because he can’t seem to keep his shirts on in a lot of scenes. He also looked good in fight scenes, particularly a brutal hand-to-hand combat in the climatic sequence. But again he seems to take the role too seriously and doesn’t look like he has any fun with it. Being that he’s also the producer and co-writer, he must’ve demanded that he’s on the screen 99% of the entire run of the movie. I’ve never seen Jasmine Trinka in anything before this movie and she was okay as the damsel in distress, but it’s kind of creepy seeing her as the leading lady to a man who’s old enough to be her father. Bardem pretty much phoned in his role since it’s nothing more than a cameo. Ray Windstone might be the only one who seems to get what the movie should be about and had a lot of fun with his sidekick role. Fans of Idris Elba will be disappointed, he didn’t show up until the last 20 minutes or so of the movie and he’s more like a cameo. Although for those who wants to see him as 007, the filmmakers did give a little wink by naming his character with initials JB.

I don’t know how much control director Pierre Morel has during the production, but he was going for the 70s espionage thrillers mix in with the Jason Bourne flicks and the result was a disaster. The pacing was very slow, about 20 to 30 minutes should’ve been edited out. What’s worse was that he shot most of the action scenes in that shaky cam up close style that I can’t stand. I still don’t understand why some directors still uses this kind of style, what’s the point of making action movies if you’re not going to show the action? The only good action sequence was the bloody hand-to-hand combat between Penn and an assassin. I won’t even go into the script because it’s so generic that most people can figure out what’s going on. 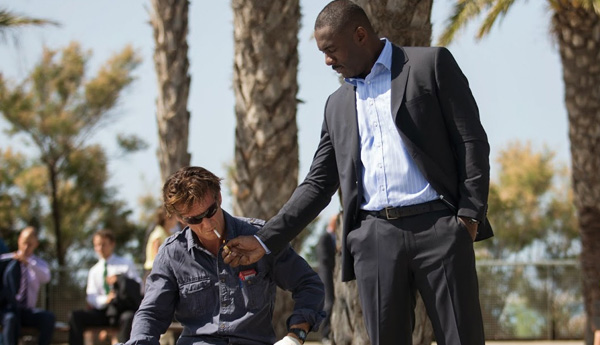 This could’ve been a good action thriller if it didn’t take itself too seriously because I think Penn was believable as the action hero. But it’s obvious he has hidden agenda by making this movie. By masking it as an action picture, he probably thought he could get the message out to a wider audience. Unfortunately though, the movie was poorly written and directed. With a better script and tighter editing, it could’ve been good.

Have you seen The Gunman? Well, what did you think?