Seems that I might be the last person who hasn’t seen Nightcrawler and I’m even gutted I didn’t see this on the big screen. There is something so mesmerizing and disturbing about this film which is in keeping with the theme of the gawker mentality that the small-screen media capitalize on.

Set in the nocturnal underbelly of the City of Angels, the film begins with a desperate but resourceful thief Lou Bloom who can’t seem to catch a break. That is until he witnessed an accident on a highway and came across a freelance camera crew (Bill Paxton) who film crashes, fires and any kind of mayhem, that a lightbulb went off in his head. Lou says several times in the film that he’s a fast learner and he’s not exaggerating. Within days of acquiring some camera equipment and a police scanner, Lou went to work and quickly sneaked his way into the dangerous and competitive world of night-crawling – these are the people who take pictures and film horrifying events to deliver them in time for the morning news. 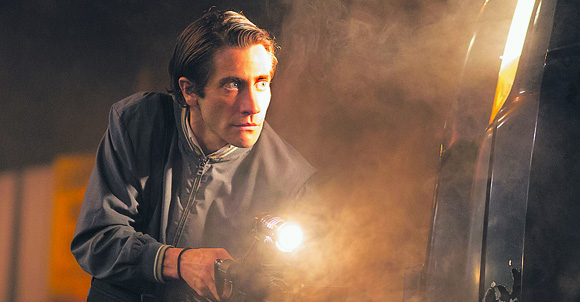 That’s the mantra Lou lives by and he approaches his newfound profession in a mechanical precision, almost robotic way. He’s always been a methodical guy, he waters his plants, iron his shirt as he watches TV, there’s almost a certain regime if you will, in how he conducts his life. His work ethic doesn’t resemble as a human being, the way he approaches victims as if they’re nothing but soul-less objects for him to profit from. When he actually talks to a living-breathing fellow human, he also has this robotic quality in that he doesn’t see the person across from him as having any kind of emotion. His salesman-like delivery is both creepy and hilarious, in fact, Jake Gyllenhaal‘s gaunt, bug-eyed face still gives me the creeps days after I saw this film. I’m still astonished that Gyllenhaal wasn’t nominated, as it’s truly a tour de force performance. I read that the 35-year-old actor literally starved himself to play the role, losing 30 pounds as he visualized himself as a hungry coyote. His look definitely gave a certain realism to his character, but there’s more to it than that. His speech delivery and the precise mannerism of how Lou behaves, such as not blinking for a long period of time, really gets under your skin. 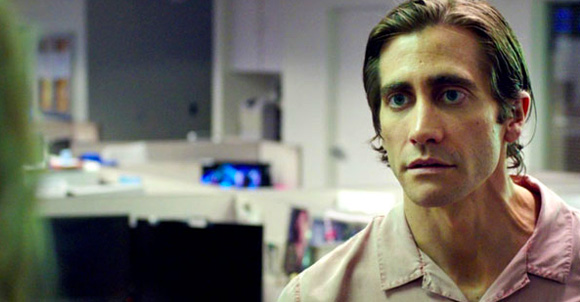 As Lou continues to rise to the top, he took deliberate measures to get what he wants. Along the way he recruits a down-on-his-luck young man, Rick (Riz Ahmed), as his assistant. It’s appalling how Lou treats the hapless and homeless guy like dirt, but we shouldn’t be surprised that he does so, given what we know about him thus far. Lou seems to have met his match in Nina (Rene Russo), the beautiful older news director who buys Lou’s footage. But before she even realizes what happens, Lou backs her into a corner, figuratively and literally, as he feeds off her vulnerability and fear of working in such a notoriously competitive field. That entire scene at the Mexican restaurant gives me the heebie jeebies and the script is so taut that even without Lou so much as touching Nina, the whole scene still makes your skin crawl. 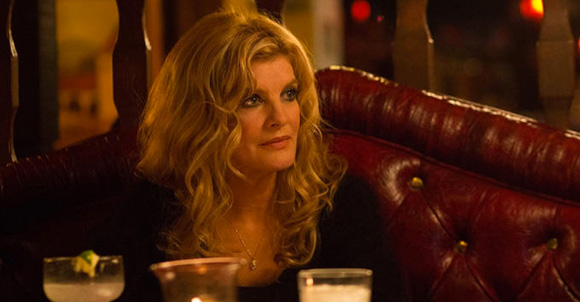 This is another astounding directorial debut in recent memory and would perhaps rate as one of the best debut by a screenwriter. Dan Gilroy co-wrote The Fall and The Bourne Legacy, which strangely enough wasn’t that great in terms of script, but here he shows not only his screenwriting chops, but also his talents behind the camera. The way he filmed mostly at night, there’s an eerie, haunting quality that adds to the suspense. I was on the edge of my seat the entire time even though there’s not that much action going on throughout.

The chase towards the end is utterly exhilarating not only because of the car chase itself, but the manic energy that Lou displays throughout. He proceeds to drive like a maniac despite Rick’s protest to slow down, and in a way we live vicariously through him in the way he views Lou. Unlike the preposterous car chases in movies like say, Fast & Furious, the scene is tinged with realism because even amidst all that action, Nightcrawler is still very much a character-driven film. When we think that the movie’s gone off the rails, Gilroy reminds us that Lou is still in control, for the detriment of those around him. 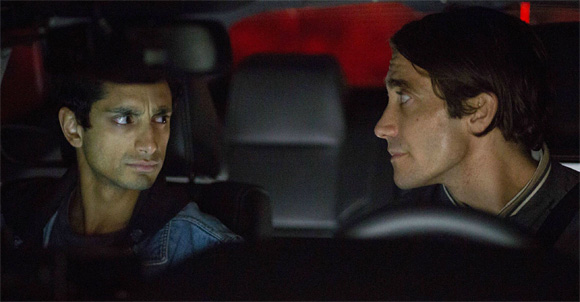 In this Indiewire article, Dan Gilroy joked following a screening that this is “…about the triumph of the human spirit…it’s a feel good film.” Very funny Dan, as nothing could be further from the truth. I was screaming at my TV during the finale and I think the director deliberately wants us to feel disturbed by the unsettling story. But with any kind of industry fueled by consumer demand, this film is as much a commentary on the TV news business as those who choose to watch these kinds of graphic coverage.

The night cinematography by Robert Elswit is excellent in its use of ambient lighting, it adds so much to the tone of the film. It’s definitely one of the best-looking films shot in L.A., right up there with Michael Mann’s Heat and Collateral. I have to mention again the superb acting by Gyllenhaal who hopefully will score an Oscar one day, but props also to Russo and Ahmed in memorable supporting roles. Nice to see Russo in top form and actually gets a role worthy of her talent. I was impressed by Ahmed in The Reluctant Fundamentalist and the British actor shows his amazing versatility playing an entirely different persona.

If only I had seen this film sooner, it’d definitely have a place in my Top 10 list. Nightcrawler is a brilliantly-crafted Neo-noir that has a lingering effect long after the end credits. The film was deservedly nominated for an Oscar for Best Original Screenplay, written also by Gilroy. I think it merits at least a few more nominations in the acting category AND a Best Picture nod. It’s THAT good.

What do you think of Nightcrawler?