It’s been a slow weekend for me in terms of movie watching but a hectic one otherwise. My hubby & I hosted a potluck Saturday night which was a ton of fun. There was a ton of food as well, three different kinds of curry dishes, a Kim-chee dish, coconut rice, tofu w/ peanut sauce, etc. and I haven’t even talked about desert yet 😀

Sunday afternoon I went to the second staff meeting for the fifth annual Twin Cities Film Fest! It’s coming up in less than two months (October 16!) and I’m waiting with bated breath which movies we’ll be getting this year! Film fans who live in the area, please consider supporting this amazing event tailored for cinephiles like you. We’ve got a special Member Drive where you can catch a sneak preview into films premiering at TCFF, see info below or click the graphic for more info. 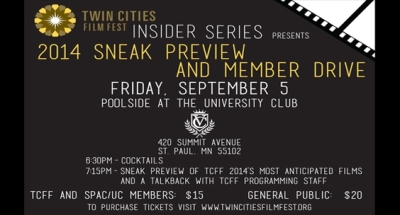 So this weekend I didn’t go to the cinema at all. In fact I only saw one movie and that’s a rewatch of X-Men 2. I was inspired by this Superhero Blog Relay last week, and the fact that it’s perhaps my favorite from the franchise before X-Men: Days of Future Past came along. I still loved it as much as I did before, perhaps one day I might do a full review of it. 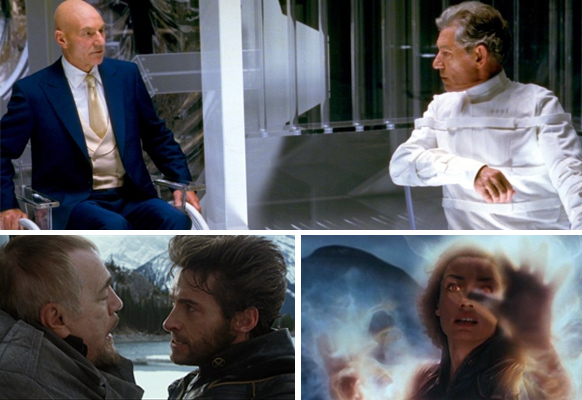 My favorite scenes are the Magneto prison escape, anything with Brian Cox as the villain William Stryker, and that awesome finale with Jean Grey turning into Phoenix. After seeing this, my hubby said how much he hated Brett Ratner for ruining her character in X-Men 3, especially after such a breathtaking cliffhanger!  There’s so much potential for her character arc that wasn’t explored well at all by that hack director. Heh, I sure hope he won’t ever be back working on another X-Men movie ever again… or any good franchise for that matter.

Quick notes on this weekend’s box office. WOW, the power of Bayhem is really something! Those Ninja Turtles won again, practically beating every new movies opening this week. Even those Geriatric action heroes in Expendables 3 can’t overpower those ninja turtles?! Only the Guardians of the Galaxy in its third week was a close match!

Earlier this year, I asked if people still love geriatric movie stars blowing stuff up in action flicks. Majority of the commenters said yes, they still do love ’em aging stars, but maybe not enough to see ’em on the big screen?

Expendables 3 made only $16 mil, which was only about half of what the second movie made two years ago. Hmmm, so maybe this franchise is on its last leg eh? Same could be said about most of the cast anyway. Really, Sly should stop now anyway, I mean stretching this bombastic shoot-em-up party to a trilogy is already well, quite a stretch as it is. But what I didn’t know until an hour ago was that apparently the entire movie got leaked online three weeks before its release. According to Variety, as of July 27, there’s been 1.13 million illegal downloads of Expendables 3 worldwide!!

Though I hated the first movie, and I’ve only seen the Chuck Norris part of the 2nd movie, part of me actually still curious to check this one. So *maybe* I’ll go to a matinee showing 😉 After all Wesley Snipes is back! I’m curious to see this just for him, plus we’ve got Harrison Ford & Mel Gibson!

This week I’ll be going to Sin City 2: Dame to Kill For screening on Tuesday. Boy it’s been almost a decade since the first movie was released. I barely remember what it’s all about but I do remember liking the visual style.

So that’s it for the roundup. What did YOU see? Anything good?