Greetings and all sundry!

Having taken advantage of a welcome break in the weather and adjusting to more than a few days of temperature above 45 degrees. I’ve allowed my mind to roam and return to the idea of multi guest posts “arcs”. Regarding the well established career of a possibly second tier actor, who started small. As every other tradesman does. Yet has constantly managed to acquire bigger and better roles. And deliver in surprising ways with each opportunity.

With that said. Allow me to introduce the early days of one of the unsung masters of the craft. 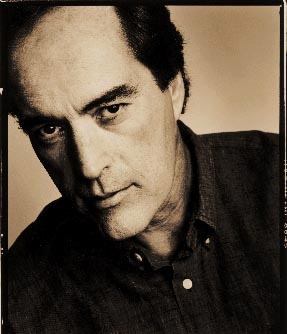 Who garnered my attention, along with countless others back in 1980. With CBS’s Guyana Tragedy: The Story of Jim Jones. Portraying the charismatic con artist, charlatan, and later cult leader, Jim Jones. In what begins as a rather standard tale of deceit that takes an intriguing and well detailed journey into the sirens’ song of popularity. Then adoration and carte blanche absolute powers of life. liberty, whom to marry and when. Before establishing a religion and declaring himself its Reverend. Becoming too noticed and notorious for his own hood and fleeing to Central America ahead of the feds. And convincing his followers to commit mass suicide

The cast of the made for television film was young, starting out for its time. Though are more than up for the task. Including Veronica Cartwright, Ned Beatty, Brad Dourif. Meg Foster, Rosalind Cash, Ron O’Neal, Diane Ladd, Dennis Quaid, LeVar Burton and James Earl Jones. Regardless of the size of their roles. Their station or economic class. Or their time in front of the camera. All deliver and make the story larger than expected. Yet, it is Mr. Boothe who grabs the reins and runs for the goal posts. Slowly revealing the seductive at first. Then physically and mentally ravaging allure of power. In this creepy Horatio Alger, rags to riches to rags, again piece of history most would rather forget!
…
Creating a void filled months later under the direction of Walter Hill in his National Guard, Deliverance tinged, Louisiana bayou thriller, Southern Comfort. Where Mr. Boothe plays Hardin. An NCO amongst several during a weekend land navigation and familiarization exercise that starts out bad. And slowly grows worse as weather sets in. and the others in his mostly Alpha Male squad (Keith Carradine, Fred Ward, Alan Autry, Peter Coyote, Franklin Seales and T.K. Carter) just want to pack it in and return to base.

That doesn’t happen as the squad wanders deeper into the fog shrouded, rainy swaps and discover that they’re knee then neck deep in Cajun Country. And very spooked after a loud, noisy and blank round firing run in with some back water hunters may or may not have left one of the latter injured, wounded. Or dead.

In a slowly building, claustrophobic masterpiece of squad and individual disintegration under miserable, less than hospitable conditions.With Mr. Boothe’s Sgt. Harkin trying to hold the squad together as Fred Ward’s Reece slowly goes native and off the reservation. Reaching a glimpse of festivities and redemption just before an ending no one sees coming!

One of the first of a genre of film I’ve described as a “Guy Flick”. Under the deft touch of then, just starting out director, Walter Hill.

It is in this film where Mr. Boothe starts to recognize and utilize the power of his voice. Projecting when necessary. Though rarely raising it as he fills in the teenagers about what’s been happening east of the Rockies since the Russians and Cubans invaded months earlier. Delivering more than asked or required for his time on film.

And a change of venue, size of cast and location for John Boorman’s wondrously lush, on location gem, The Emerald Forest from 1985. Mr. Boothe brings life to engineer, Bill Markham. Whose son, Timmy (Charley Boorman) is taken by indigenous Indians along the Amazon in the depths of Brazil.

With Bill and his wife, Jean (Meg Foster) returning each year for ten years in a search to find and recover his son. With not a lot of dialogue to propel the tale. Mr. Booth makes maximum use of each line. While allowing his eyes, face and body to add punctuation and emphasis.

Which opened the floodgates admirably to allow Mr. Boothe the opportunity to occasionally don a dinner jacket, bow tie and cummerbund and rub elbows with the elite, legal and illegal of Los Angeles in the 1930s. When not attired in a more comfortable brown or blue suit while shadowing suspects, talking it up with touts, grifters, con men and pimps. As Philip Marlowe, Private Eye.

One of HBO’s earliest, notable and well executed period mini series. Comprising two seasons (1983 and 84) and eleven episodes.With more than adept attention to detail. And a better than good writing stable adapting the works of Raymond Chandler.

I’ve writen about “Film Quality Television” and this series has it in Spades. With moody lighting and atmosphere to burn amongst assorted vamps, tramps and femmes fatale. And Mr. Boothe’s set the stage with dry, sarcastic class warfare wit. His ability to play in Noir shadows and take punches as well as deliver them. Creating a body of work equal to the novelist and his iconic anti hero.

Mr. Boothe began with obvious talent. And its gratifying to see his successes progress so consistently. As new tools to enhance his characters and move the stories forward are discovered. Played with and slowly mastered.

Roughly, ruggedly handsome. With an initially gruff voice that softens and mellows like wine. To become an integral part of his demand, favorability and popularity in later ventures.

Well, do add your thoughts on Mr. Boothe. And what’s your favorite film of his?