Characters are the main ingredients that can make or break a movie… even if the film is so-so, a great character portrayed on screen would still make a film memorable. The same is true on the flip side, even if a film is generally well-made, but if you don’t connect with the characters, you probably aren’t going to remember them much afterwards.

In light of the recent passing of famed novelist/screenwriter Elmore Leonard, whose works have been adapted to the big screen several times, I thought I’d focus this week’s question on literary works and the movies. I’m guilty of having seen only one of Mr. Leonard’s work, but I LOVE the character Ben Wade in 3:10 to Yuma (2007) as played by Russell Crowe (he’s one of my picks of scene-stealing bad boys, natch!).

I’m also going to Austenland screening tomorrow night, a comedy inspired by Jane Austen‘s most famous work… and one of her most famous characters, Mr. Darcy. The synopsis reads: Obsessed with the BBC production of “Pride and Prejudice”, a woman travels to a Jane Austen theme park in search for her perfect gentleman. I’m looking forward to this, sounds like a escapist entertainment type of movie for fans of period dramas like moi!

From classic authors like William Shakespeare, Charles Dickens, J.R.R. Tolkien, Emily/Charlotte Brontë and of course Austen, Hollywood has churned out interesting characters based on their works. There are also modern classic authors like Philip K. Dick, Michael Crichton (which my pal Terrence just did a Time to Vote Tuesday on last week), as well as those still living like J.K. Rowling and John Grisham whose popular works have translated to big bucks for the film industry. I’m also opening up my question to TV as well, as there are certainly some fantastic made-for-TV adaptations out there, especially from BBC. Speaking of which, did you know that Sir Arthur Conan Doyle’s Sherlock Holmes is the most portrayed human character portrayed on film and TV according to Guinnes Book of Records??

Now, for the purpose of this discussion, I’m actually excluding graphic novels and comics as that’s kind of a whole different animal entirely. Oh, and let’s focus on human characters (no robots, toys nor fairies) just for the sake of this discussion.

I know it’s darn near impossible to narrow down to just 10, but I’m gonna try anyway, because well, it’s a lesson on decisiveness, right? 😀 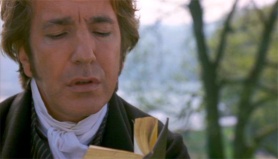 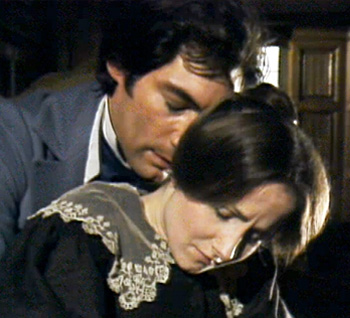 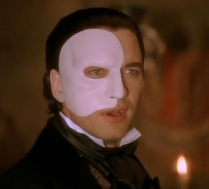 Vivien Leigh as Scarlett O’Hara (Gone with the Wind)

There are various reasons I picked these. For female characters I listed here, I admire them for their courage and strength, not all of them are admirable characters, I mean Scarlett O’Hara is a great example of an anti-heroine, but I admire her spunk and survival instinct in a time when women aren’t supposed to be fierce. Same with the guys, they’re not all heroes who save the day. In fact, Mr. Rochester and The Phantom are both deeply flawed characters, but they sure are unforgettable. Truth be told, I agonized over picking George Bailey over Atticus Finch (y’all know how much I love Gregory Peck & his astounding performance in that role), but ultimately I feel that I identify more with the troubled and disillusioned family man. As you can see, I have a penchant for tortured souls 😉

Ok, now your turn folks! Name at least one (or more) of literary characters on film that you love!

67 thoughts on “Question of the Week: Which literary characters in film are your favorites?”