This post is part of the Roman Polanksi Blogathon spearheaded by Ratnakar of Seetimaar – Diary of a Movie Lover Blog. Check out his blog for more posts on the acclaimed director.

It is not often that I am invited to opine on a director who makes his films and tells his and others’ stories his own personal and very unique way. Often to the betterment and occasionally to the detriment of the viewing audience.

With legendary accomplishments to his credit, The Fearless Vampire Killers, Rosemary’s Baby and Chinatown to his credit. And all possessing his own special, sometimes annoying oblique view in key scenes. I would like to steer a bit off course to one of the director’s later films. Medium in budget and length, though filled with romantic and occasionally creepy backdrops of Paris, the city of lights, a Mediterranean cruise to Istanbul, and later, India. Allow me to ask a few moments of your time to introduce: 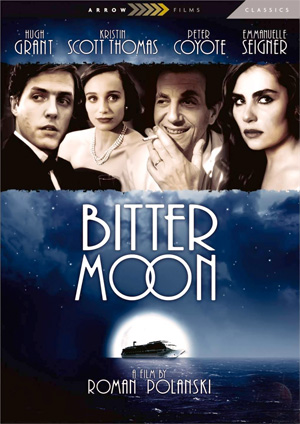 Which centers around a very prim and proper British couple. Hugh Grant and Kristen Scott Thomas as Nigel and Fiona Dobson. Honeymooning on said Mediterranean cruise. Relishing each others’ company. Meeting other passengers and enjoying their company while dining and dancing. As they meet Mimi. A voluptuous and seductive french woman. Played to the hilt by Emmanuelle Seigner. And her much older American and paraplegic husband, Oscar. Brought creepily to life with an extra sheen of slime to spare, by Peter Coyote.

To say that failed writer, Oscar is not a happy camper would be gross understatement. A lecher of high magnitude. Denied through an accident to pursue his often raunchy proclivities. Blessed or cursed with the gift of reading people instantly. Finding their weak spots and subtly applying pressure to get what he wants is an art. And Oscar is a master. Leaving both Nigel and Fiona off put and glad to be rid of them as the evening wears down. 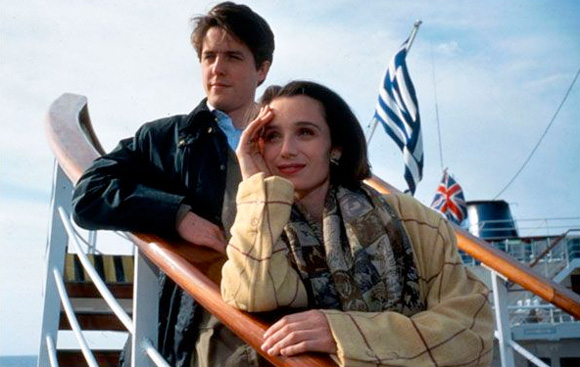 But. as a bad penny. Oscar and Nigel’s paths cross again. Invited to Oscar and Mini’s cabin for a very enticing, fetish laden “joke”as Oscar proceeds to experience vicariously and through voyeurism, what the accident has taken away.

And there is a story behind that accident. That is relayed to Nigel as Oscar weaves a tale of love at first sight when glimpsing Mimi for the first time on a Paris bus. Mimi leads Oscar on a merry chase through sidewalk cafes, after hour bistros and rather seedy, less than Michelein rates hotel rooms. Where love blossoms and Oscar and Mimi begin experimenting with limits as bondage, sadomasochism and voyeurism are dabbled with. Then plunged deep into. With Mimi being surprisingly imaginative while reveling in her submissive role. 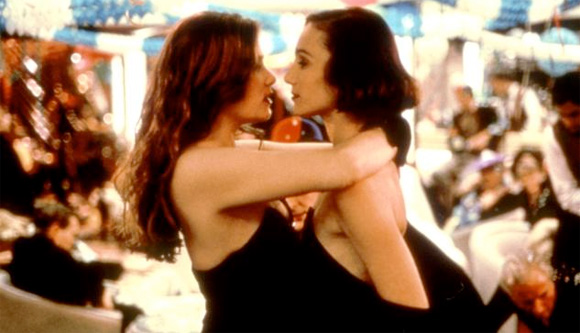 Oscar has discovered his Fountain of Youth. With no bottom to the well of his elegant, sophisticated depravity. Until a sultry post experiment argument ensues inside Oscar’s Peugot parked just outside a busy street. Mini exits onto the sidewalk. And Oscar flings open the right hand, driver’s side door. Steps out. And in a instant worthy of Warner Brothers, Wile E. Coyote and the Road Runner. Is hit by speeding delivery truck.

The tide turns in an instant. With Mimi “taking care” of Oscar and his still strong, though vicarious desires. Paying off in jealousy aimed at Oscar’s impotence as Mimi pursues her new, dominant desires. While Nigel and Fiona are slowly seduced and drawn in.

Now. What Makes This Movie Good?

Experiencing Roman Polanski delving into sensitive areas usually left untouched. Offset and highlighted by the romance of a lush and scenic cruise. While setting inescapable boundaries within the confines of a ship at sea.

Placed in the competent, deft and more than charming when need be hands of Peter Coyote. Who has rarely been better. Watching him work his way under Nigel’s skin in a collage of arrogance, knowing and a tinge of pity near mesmerizes. While Emmanuelle Seigner looks seductively, temptingly gorgeous without saying a word. A heady brew, indeed. In an adult themed film that may not be for everyone.
… 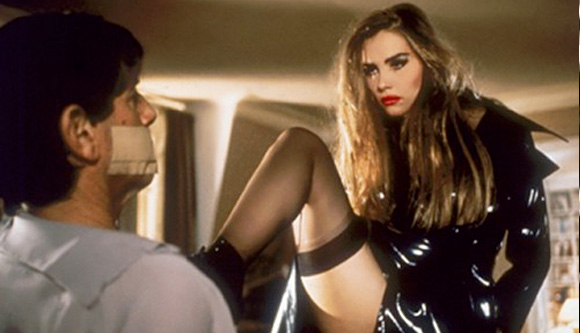 Hugh Grant. Well grounded and just before being “discovered” in the US. Taking on half of an archetype role while underplaying it marvelously with Kristen Scott Thomas. 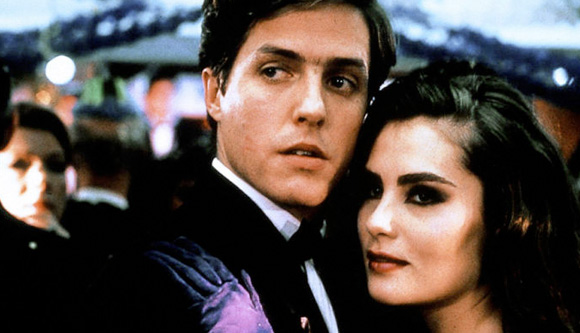 All aided by sunny skied and rain damp street on location Cinematography by Tonio Delli Colli. Who makes romantic backdrops and scenery even more romantic. While being aided and reinforced by an original soundtrack from Vangelis.

Thoughts on this film and/or Roman Polanski? Let it be known in the comments.