Hello folks, it’s time for the AUGUST 2012 edition of Five of the Fifth!

As is customary for this monthly feature, I get to post five random news item/observation/poster, etc. and then turn it over to you to share your take on that given topic. You can see the previous five-for-the-fifth posts here. So let’s get started, shall we?
…..
1. Well, last Friday I saw Total Recall, which a lot of people say is totally unnecessary. Well, be that as it may, I didn’t think it was horrible, but it’s not all that memorable either. You’ll see a double review of it on Monday from Ted and I, since he loves the original and remember it fondly, whilst I can’t um, recall hardly anything from it.

Speaking of remakes, I happened to see the original Sabrina (1954) with Audrey Hepburn, Humphrey Bogart and William Holden with my husband. Well, interestingly enough, both my hubby and I still like the 1995 remake better for many reasons. Somehow Julia Ormond just makes a more compelling character of Sabrina, and Harrison Ford and Greg Kinnear are both perfectly cast as Linus and David Larabee. In fact, about half way through the film we both are bored by this one. I might blog more about that one later, but for now I’d have to say that I prefer the remake than the original, and so I’m glad we owned the dvd of the Sydney Pollack version as might watch that one again after this.

So my first question to you is: which remake you think is better or at least on par with the original?

2. Woo hoo! Skyfall‘s full trailer is here! Most of you probably have seen it already but hey, why not watch it again…

…
Well, well, well, looks like there’s an interesting twist here about Bond pretending to be dead scenario. And for a Bond movie that was said to be more dramatic given Sam Mendes’ direction, there seems to be a good amount of exhilarating action in this trailer. I like this trailer and we finally get to see the Bond baddie Silva and the new, young & hip Q! But what is with that bleached blond look that Javier Bardem is sporting?? He looks like a Spanish Max Zorrin, I certainly hope Silva won’t end up in our future list of worst Bond villains!! Oh and Bond is tied up in a chair again, boy I hope there won’t be any ball-busting fiasco going on again, ahah.

So, what did you think of Javier Bardem as Silva and Ben Whishaw as Q?
…

…
3. I was just reading about Liam Neeson in a British film magazine (can’t remember which it is) on his evolution from dramatic actor to bad-ass action hero. 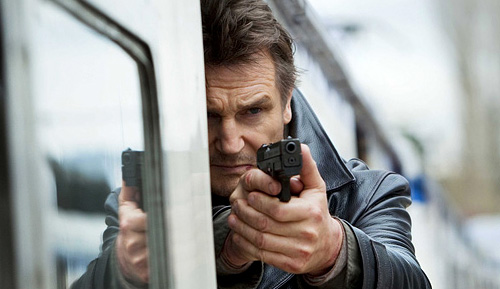 From films like Schindler’s List, Kinsey, Michael Collins, Chloe and a bunch of other lesser-known films, seems like after playing Ducard, a.ka. Ra’s al Ghul in Batman Begins, the tall Irish thespian um, embarks on a whole new career as the go-to action hero. I LOVE this tweet from last week:

Liam Neeson trained Batman, Obi Wan, and Darth Vader. He is both Aslan and Zeus…and he punches wolves. Why would you kidnap his family?

…
Ahaha… soooo true!! I mean TAKEN’s Bryan Mills is even more bad ass than James Bond!! I do like Neeson though, and somehow, beneath all that bad-assery, there’s still a sensitive soul in there, that’s perhaps his appeal.

So, what’s your favorite Liam Neeson role and thoughts on his foray into action hero territory?

4. I’m really loving these video journals from Peter Jackson. I love that we get a glimpse into behind the scenes of filming this hugely-anticipated film without having to wait for the DVD/Blu-ray is out. Now The HOBBIT video journal #8 is up, I definitely LOVE seeing Lee Pace on there and training to for his role as Thranduil the Elven King.

…
Now, you probably have heard that The Hobbit will be made into a trilogy. Not surprisingly, it’s getting mixed reviews and I do think it’s perhaps a bit excessive. But then again, I have not read the books, so I’m not really sure how he could stretch the material, about 400 pages of them, into three films. This IGN article assess the pros and cons of doing The Hobbit as a trilogy. It seems that from Peter Jackson’s perspective, he seems to be motivated by his love for the subject matter, but the studio probably just wants to milk this lucrative franchise, just like what they did with Twilight, Harry Potter and The Hunger Games.

So what are YOUR thoughts about this Hobbit trilogy debate??

5. Ok, for the last question, I’m going to open up the floor to you all… now that the Summer blockbuster months is over, there are still a lot of Fall movies we’re all hugely anticipating. Just in the next four months, here are four I might check out at the cinema in the next couple of months:

What about you? What are your top four movies you are most anticipating in the next couple of months?

Well, that’s it for the August edition of Five for the Fifth, folks. Now, please pick a question out of the five above or better yet, do ‘em all! 😀

91 thoughts on “Five for the Fifth: August Edition”