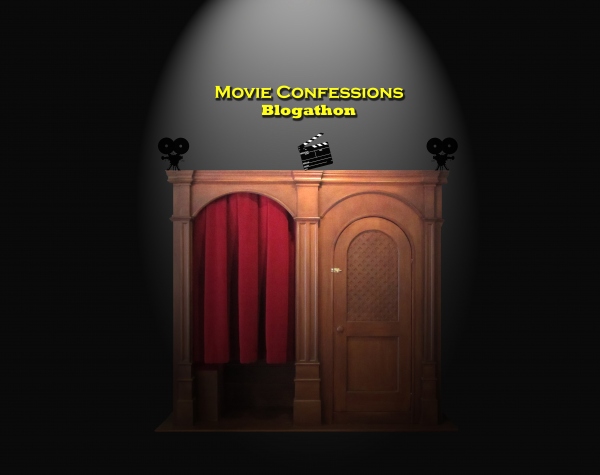 Nostra at My Film Views is at it again with yet another fun blog-a-thon. This time we’re talking about *movie sins* that we all have committed but has been reluctant to admit… that is until now 😀

All I had to do is answer these questions below, so let’s get on it shall we?

Which classic movie don’t you like/can’t enjoy and why?

This is easy. Spartacus! For a long time I had been curious to check it out as it was supposedly made because Kirk Douglas had wanted to star in Ben-Hur, so this is supposedly his way of ‘I’ll show them’ kind of reaction to William Wyler (per IMDb trivia).

Well sorry but I don’t think this film even came close to the masterpiece that was Ben-Hur in so many levels. Mainly I just don’t buy Douglas in the role of a slave who leads a revolt against Rome, and I found the whole thing to be so darn boring, and that’s something coming from a big fan of swords & sandals genre!

Which ten classic movies haven’t you seen yet?

There are sooo many but these ten represent those I REALLY want to see fairly soon [in alphabetical order]:

Have you ever sneaked into another movie at the cinema?

No, I just don’t have the energy to see two movies back to back even if I wanted to.

Which actor/actress do you think is overrated?

This is an easy one also, and I wholeheartedly agree with Novia’s picks of George Clooney and Brad Pitt, especially the latter. In fact, I’m so bored with him that I haven’t seen any movie starring Pitt in quite a while now, I think the last one I saw was Spy Game which my friend lent me. I just don’t find him attractive at all or even THAT talented, and I’m so sick of seeing him being put up on such a pedestal by the the media and bloggers alike. 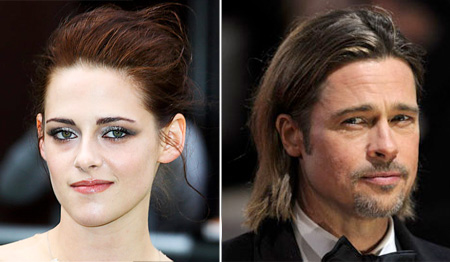 As for the actress, well if you’ve read my Breaking Dawn and Snow White and the Huntsman reviews, obviously it’s Kristen Stewart! I’m absolutely baffled as to why she’s in so high demand, I mean the girl only has about two facial expressions, either nervous or despondent, that’s pretty much it! [shrugs]

From which big director have you never seen any movie (and why)?
I’m embarrassed to say that have not seen any work by Ingmar Bergman nor Akiro Kurosawa. Not sure why really, just haven’t got around to any of them. Any suggestions?

Which movie do you love, but is generally hated?
Ahah, well my friend Ted and I made a post of a dozen movies we secretly adore. But out of the recent ones, I guess it’d be John Carter. I don’t LOVE it enough to buy the Blu-ray but I gave it a 4/5 and as I’ve said in my review, it’s unfairly judged because of its terrible marketing, but it’s actually quite entertaining.

Have you ever been “one of those annoying people” at the cinema?
Not really. I always turn off my cell phone just before the trailers starts, nor do I kick the chair in front of me, etc. I mean it’s just basic courtesy stuff. I’m surprised how many people don’t seem to know or practice them though.

Did you ever watch a movie, which you knew in advance would be bad, just because of a specific actor/actress was in it? Which one and why?

Oh yes. I think we all have certain actors we adore that would make even bad movies watchable. One such movie was Beautician & The Beast which I rented solely because Timothy Dalton stars in it, even with that hideous mustache and silly premise, the movie ends up being quite fun. Yes, I could even endure Fran Drescher’s voice if you can believe that! No, I did NOT buy the movie. Hey, even I’ve got standards, ahah.

Did you ever not watch a specific movie because it had subtitles?
Nope. I came from Indonesia where most Hollywood movies have subtitles, so I’m used to that. In fact, I much prefer that over dubbed movies, now those I absolutely refuse to watch.

Are there any movies in your collection that you have had for more than five years and never watched?
Hmmm, I actually do have quite a few. I’ve started collecting Blu-ray discs now so a lot of my DVDs have not been watched in a while. In fact, I haven’t even watched Robin Hood: Prince of Thieves that I bought at a used bookstore over five years ago!

Which are the worst movies in your collection and why do you still own them?
Well that’s what guilty pleasures are all about, right? I have a couple Gerard Butler that fit into such categories: Lara Croft: The Cradle of Life and Attila the Hun, both are a must for any GB fans 😉

Do you have any confessions about your movie watching setup at home?
Well, my hubby actually does all of the set-up in our entertainment room in our basement, I’m quite technically-challenged in that department, ahah. We had the wiring done for surround speakers when we built the home and Ivan set it up in such a way that those unsightly cables aren’t visible. I don’t have a TV on the upper level though, so that’s why I hardly ever watch stuff unless I specifically make my way downstairs. Some of you might find this weird, but I generally don’t like watching full-length movies on my laptop. I prefer to settle nicely into my sofa when I’m watching something 🙂

Any other confessions you want to make?
Not really, I think I’ve made some embarrassing confessions already, ahah. Well, ok so just one more. I think I’ve watched less movies now that I’ve started blogging, but the upside is that I appreciate them all the more.
…

Well that’s it. So what are some of YOUR movie confessions? Come on, fess up 😀