Happy Tuesday folks, a bit late on the weekend roundup as I just wanted to get my Hunger Games review out of the way. Well, I managed to see four movies last week which to some of you is on the low side but it’s actually more than what I usually have time for. I saw Casablanca on Wednesday (which I still plan to blog about in the near future), a re-watch of Gregory’s second film (and his first Oscar-nominated performance) The Keys to the Kingdom, Hunger Games, and late Sunday night I finished the week with My Week With Marilyn.

This week we also have a special guest review from my Twitter pal Cecilia Rusli who saw the uncensored version of THE RAID (which I mentioned here) at iNAFFF (Indonesia International Fantastic Film Festival), the only genre film festival in South East Asia. She actually got to meet some of the cast, Iko Uwais, Yayan Ruhian, Joe Taslim, Tegar Satrya at the special screening!

So let’s get to the reviews, shall we?

I was impressed on the first time I saw the fights between Iko Uwais and Yayan Ruhian in an Indonesian action movie directed by Gareth Evans titled Merantau. It finally put my expectation pretty high on The Raid: Redemption which has the same director and some same casts too. The Raid: Redemption basically is about a group of SWAT which are on a mission on raiding a drug lord on his safe house. They find out that they were trapped there and the only way out is by fighting those dangerous killers and drug lord floor by floor. 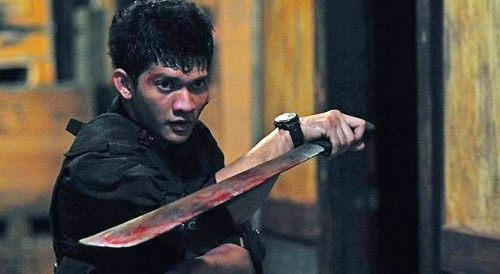 …
I’m personally not impressed by the storyline and it’s the kind of story I will forget in few weeks. However, Ray Sahetapy and Yayan Ruhian, the villains, are having strong characters which made me love them much than the other casts, even Iko Uwais could not beat my impression to their characters. They both managed to look real snob, but hilarious at the same time. I think I’m officially more into the villains of The Raid: Redemption.
The hype is true. The Raid: Redemption offers a  non stop action pack which hardly gives us room to breathe. The thing which I hardly find on the other action movies is the Indonesian martial arts known as Pencak Silat. They do use some guns, knives, and explosions. And I would prefer watching The Expendables if I’m into those things. But The Raid: Redemption managed to actually shows us how to kill people with hands, and only hands. Iko Uwais is brilliant on that point. Again, not only by his character, Yayan Ruhian steal my most attention on the action parts. Yes he looks small if being compared with most fighters on action movies who are tall and having big muscles. But his superb fights on The Raid: Redemption actually made me say “When will this guy be dead?”

Some people might say that The Raid: Redemption is just a video-game like. I personally amused by the violence. Blood and fights between tough guys have never been so much entertaining like this before.
///

Thanks again Cecilia for her wonderful review!

My Week With Marilyn 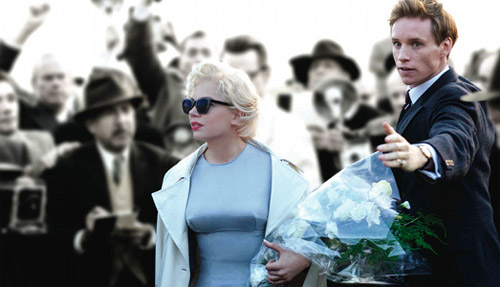 I don’t usually begin my review with a confession but I feel that I must admit that I have never seen a Marilyn Monroe film before seeing this one. But yet I’ve always been intrigued by her glamorous persona and this film offers a tiny glimpse of what’s life is like for Hollywood’s most iconic movie star.

The ‘my’ in the title belongs to an Englishman named Colin Clark, whose two books are the film’s inspirations. Despite his lack of experience, the 23-year-old Clark’s determination (and family connection) got him a seemingly thankless job as third assistant director in The Prince and the Showgirl’s British production, directed by Lawrence Olivier who also starred in the film. It doesn’t take long before Clark completely fell under Monroe’s spell, as she had such an effect on people. The British Press, the cast and crew and the townsfolk were all in awe of her beauty and movie star image, all except Mr. Olivier, who’s frustrated and infuriated by her work ethic, or lack thereof. Marilyn was constantly late to the set and always insisted on bringing her acting coach Paula Strasberg, though it didn’t seem to help as she constantly flubbed her lines. 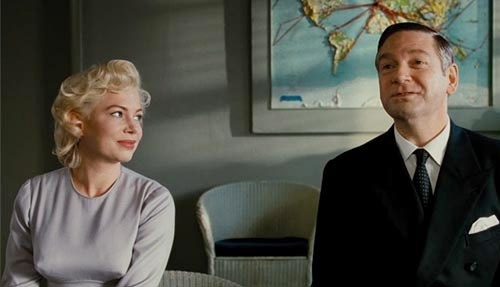 Despite her beauty and fame, Marilyn had zero self confidence and Olivier’s no-nonsense attitude and blatant discontent only exacerbates her poor morale. At first I thought that Marilyn was such an irritating primadonna, but as the film went on, I felt increasingly sorry for her. When her husband briefly went back to New York, Marilyn turns to the warm and compassionate Colin. Though Marilyn’s name is in the title, Colin is arguably the heart of the film as he took us through a roller-coaster ride of pure euphoria and heartbreak, all in a week’s work.

Michelle Williams is sublime as Marilyn, offering us something more than just plain imitation of the iconic actress’ coquettish sensibilities. Her blond locks and voluptuous figure certainly look the part, but she also captured Marilyn’s emotional vulnerability and her desperate yearning to be accepted and loved. Now I can’t tell you if Kenneth Branagh‘s performance as Olivier is spot-on or not as I’m not acquainted at all with the late actor, but in the context of the film, I think his performance was excellent. Both he and Williams definitely deserve all the accolade, including their Oscar nominations, for their respective roles.

I’m also impressed by Eddie Redmayne as Colin, he’s got that earnest look about him that makes me immediately identify with his character. I noticed him in The Pillars of the Earth before this, but this is definitely a much more memorable turn from him and certainly don’t mind seeing more from this actor. It’s also nice to see Judi Dench, a welcome presence in any film, and her Dame Sybil is wonderfully sympathetic. The rest of the supporting cast including Emma Watson, Dominic Cooper, Julia Ormond and Dougray Scott as Arthur Miller also turn in a pretty decent performance.

The film doesn’t offer much depth into what caused Marilyn’s insecurities and even her marital troubles with Arthur Miller wasn’t adequately explored, hence it felt a bit superficial at times. I wonder at times if this story would’ve worked better as a miniseries instead. In any case, I did enjoy it for what it was and director Simon Curtis did a marvelous job capturing the mood of 1950s England, especially the stunning wardrobe. The music is also wonderful, I was especially dazzled by Nat King Cole singing Autumn Leaves as Marilyn and Colin enjoyed a blissful day visiting the Windsor Castle which ended with the two skinny dipping together.

It’s a worthy glimpse into the life of a movie star… and it certainly made me glad that I’m just a regular gal.

What did you watch this weekend? If you’ve seen either one of these films, I’d love to hear your thoughts in the comments.

35 thoughts on “Weekend Roundup: The Raid: Redemption and My Week with Marilyn reviews”