Hello folks, welcome to the March 2012 edition of Five of the Fifth!

As is customary for this monthly feature, I get to post five random news item/observation/poster, etc. and then turn it over to you to share your take on that given topic. You can see the previous five-for-the-fifth posts here. So let’s get started, shall we?

This film has been catching all sorts of buzz all over the film sites/blogs. It’s won the Audience Award at TIFF and has been well-received all over film festivals such as SXSW and Sundance. This movie is definitely NOT my cup of tea, I actually read a review that described the non-stop action as being so brutal that it makes Oldboy looks like a Pixar film. Oy.

But what caught my attention is that, this is actually set in my hometown Jakarta and starred mostly unknown Indonesian actors. The director is Welsh-born Gareth Evans was working on a documentary called The Mystic Arts of Indonesia: Pencak Silat for a production company owned by Christine Hakim (Indonesian’s version of Meryl Streep) when he met the lead actor Iko Uwais. He was so impressed with Uwais that he cast him in his first Indo-production Merantau.

Well what do you know, this movie hasn’t even hit US shores yet (it opens in limited release on March 23) and US studio Screen Gems has already been planning for an American remake [heh, what else in new]. Anyway, check out the featurette below:

Have you heard of this movie folks? Would you watch it?
…

2. I saw a photo of Jude Law recently in the upcoming Anna Karenina adaptation in which he’d play Anna’s high-ranking Russian government official Alexei Karenin. My first reaction is that how in the world are they going to make one of Britain’s most beautiful actors look dour and not-much-to-look-at as Alexei’s described in the book?? But after seeing the first still from the Joe Wright’s movie, well clearly the makeup people somehow made it happen! I almost didn’t recognize Jude in this photo!!

Anyway, Jude’s been busy this past year (though not as busy as Ewan McGregor, but then who is?). A lot of you might have seen him in no less than three films, Contagion, the Sherlock Holmes sequel, and HUGO. I kind of appreciate him more as he seems to tackle quite a diverse types of films, going from one genre to the next and he doesn’t capitalize on his good looks.
…
I’m curious, what are your thoughts on Jude? What’s your favorite Jude Law film(s)?
…

3. Now for this next question, I actually borrowed it from Sunday’s #MTOS (Movie Talks on Sunday) session on Twitter, hosted by PopFeelings blog. It’s a fascinating question that no doubt will get different answers from movie fans, so here goes:

What genre seems to generate the most terrible films and why?
…

4. All right, casting news time! Thanks to my pal Dezzy the Hollywood Spy for bringing this to my attention. Screenwriter Akiva Goldsman (A Beautiful Mind, I Am Legend, The Da Vinci Code, Cinderella Man) is writing the script and will be making his directorial debut in A Winter’s Tale (no, NOT the Shakespearean version). Will Smith and Russell Crowe are set to play a ruthless mobster and a judge, respectively and Tom Hiddleston is currently in talks to join the cast (per THR).  Wahoo, I definitely love the idea of Crowe and one of my new favorites Hiddleston appearing in a movie together!

Here’s the plot: A sweeping drama about reincarnation, the story is set in the early 20th century and focuses on a thief on the run who, when breaking into a wealthy man’s home, strikes up a relationship with the man’s terminally ill daughter. A flying horse and a time-shift 100 years also figures into the equation.

What do you think about this film’s concept & this cast?
…

5. Lastly, this is an upcoming project that the first time I heard it I was like, what?? Another remake to Hitchcock’s classics? Fortunately it’s NOT a remake. The film is called Alfred Hitchcock and the Making of Psycho which according to SlashFilm will be about exactly what the title suggests. I’m more psyched about the senior cast members Anthony Hopkins and Helen Mirren who’ll play Hitchcock and his wife Alma, respectively. In the role of Janet Leigh and Anthony Perkins, they’ve cast Scarlett Johannson and British actor James D’Arcy. 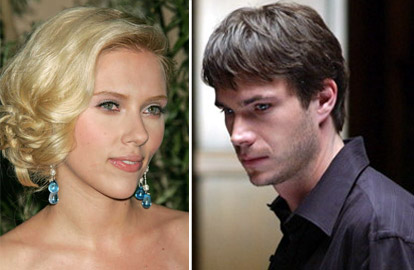 Heh, I always thought that Andrew Garfield would be the perfect choice to play Perkins as when I saw Perkins in On the Beach recently I kept thinking that they could practically be twins! Both are lanky with dark hair, and their facial structure are so similar.

I’m not as familiar with D’Arcy’s work having only seen him in Master & Commander, so I can’t say much about his casting. As for Johansson, well I haven’t been impressed with anything she’s done lately but I suppose she has that retro look that might work for this casting, though her um, busty figure probably is more suitable to play Jayne Mansfield.

Anyway, what do you think about this project? And who would you prefer to play Leigh and Perkins?

Well, that’s it for the March edition of Five for the Fifth, folks. Now, please pick a question out of the five above or better yet, do ‘em all!