The final days of 2011 is upon us, and it’s time to reflect on memorable performances I saw this past year. I resist on making a top 10 list because I haven’t seen everything released this year, yet I still want to share with you some of the performances I’ve enjoyed. Now I know some of my choices probably aren’t shared by most critics, with a couple of exceptions these names probably aren’t considered on the award ballot, let alone being nominated. It’s a shame because for the most part, these actors made the movie for me, even if the film itself might be less than stellar. So without further ado, here are my picks:

Starting with the FEMALE PERFORMANCES, the first thing that came to mind is Bérénice Bejo as I had just seen The Artist… she’s not only beautiful but has the grace and whimsy to carry the role from an struggling actress to a famous movie star. Her more emotional performances where she’s simply just sitting still with tears in her eyes are so evocative, it takes special skills to act with just one’s facial expression and she definitely has that talent in spades.

Now, once in a while a role comes along that requires two separate actress to play the same role, such as when both Kate Winslet and Gloria Stuart were both nominated for an Oscar for playing Rose in Titanic. In The Debt, Helen Mirren and Jessica Chastain played Rachel Singer in two different stages of her life. I LOVE Mirren whilst it was the first time I saw Chastain in anything. Mirren’s got the flashier role, especially towards the end, but I think both are impressive in their own right. 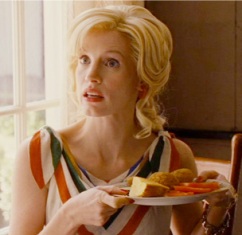 Now, if I were to pick one breakthrough actress of the year, it’d be Chastain. I saw her again in Tree of Life and The Help and no doubt she is all over the place, this girl’s got talent! I especially love her performance in The Help, she can be both giddy and desolate believably and looks effortless doing it.

What one could consider her breakthrough performance, Felicity Jones in Like Crazy is worth mentioning. She’s in virtually every scene in that romance drama and she has such convictions in her role as a love-sick young student that it often feels unbearable to watch. It definitely paid off for director Drake Doremus to cast her after she sent her audition tape (listen to my interview with the director here), it also helps that she and Anton Yelchin have a believable chemistry together. 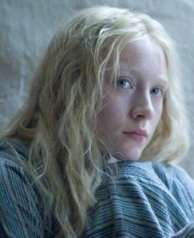 Saiorse Ronan is no stranger to great performances despite her youthful age of 17. She was impressive in Atonement and The Lovely Bones in the previous years, but this year she tries on an action role for size… a bad ass killing machine in Hanna who could kill men twice her size with her bare hands. Though the film wasn’t quite as engaging as I thought, I think her performance is really outstanding. I do believe she’s poised to have an established career like Cate Blanchett who’s her co-star in Hanna.

Another impressive young performer is Elle Fanning in Super 8. She seems light years ahead of the other child actors in that film, just like her sister Dakota, she is so comfortable and confident on screen. The film itself has too many plot holes and is overly sentimental to be considered a great movie, but she came away with quite a memorable performance. 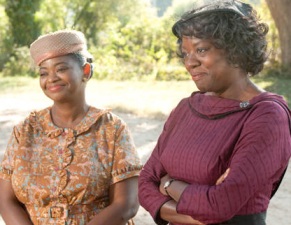 Now last but not least, since I finally saw The Help last night, I definitely can’t leave out Viola Davis and Octavia Spencer. Such warm, poignant, and strong performances, their portrayal as house maids in the 1960s are so full of heart and will linger long after the film ends.  So far both of them deservedly receive Golden Globes nominations, I’ll be darned if neither of them gets nominated for an Oscar this year.

Moving on to the MALE PERFORMANCES, and again I’ll start with the performer in this year’s big hit The Artist. Dean Dujardin is likely a shoo-in at this year’s awards, having won the César at this year’s Cannes, and rightly so. He just fits the part so perfectly, it’s as if he was born in the silent Hollywood era. He acted all the way through with just his facial expressions and body gestures, quite a cinematic high-wire act if there ever was one. Oh, and if there were awards given to animal performances in the movie, the Jack Russell terrier that plays Dujardin’s beloved dog definitely ought to be a front-runner!

Now, Joseph Gordon-Levitt in 50/50 probably isn’t going to beat Dujardin at the Globes as both are nominated for Best Performance in a Comedy/Musical, but he’s a close-second favorite in that category. It’s quite a challenging role to pull off playing a cancer-stricken young man trying to cope with his condition. It’s a delicate balance between whimsy and heart-wrenching poignancy that only a skilled actor like Gordon-Levitt can pull off. Even he could make Seth Rogen bearable to watch!

I’m in the camp that thinks motion-capture acting IS acting, therefore Andy Serkis‘ performance Rise of the Planet of the Apes deserves to be amongst other male actor nominees in this year’s major awards. The movie is perhaps the biggest pleasant surprise of the year for me and mostly because of Serkis’ spectacular performance as the ape Caesar. All those special effects, as marvelous as they are, would not have worked without an affecting performance behind them. 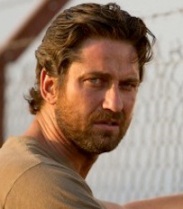 My next pick is sure to be absent from other people’s lists and it’s a shame really. Gerard Butler gave quite a bold and stirring performance in Machine Gun Preacher, taking on quite a challenging role of real life preacher Sam Childers with an inspiring story worth telling. Butler’s obviously believable in the action stuff, but his dramatic range is also on full display, especially in the tender scenes with his adopted African children. I also give him props for giving his all to this project, and did it for only a fraction of his usual salary.

You probably won’t find Mel Gibson name on today’s ‘best list’ but I think his performance in The Beaver is worth considering. The film itself has some flaws but Gibson gave a fearless performance as a man plagued by his own demons. Yes you could say it could be a case of ‘art imitating life’ but nonetheless it’s still a compelling performance from a capable actor who can pull off both drama and comedy seamlessly.

One actor that’s notably absent from this year’s Golden Globes is Gary Oldman in Tinker Tailor Soldier Spy. Now I’m not as in love with this film as I thought I would, but one of the major strengths of this film is the fine acting. Oldman anchored the cast as George Smiley, the anti-Bond type of British spy in trying to uncover if there really is a mole in the echelons of the secret service bureau. But I have to call out the rest of the stellar British acting royalty, especially Mark Strong, Tom Hardy and Benedict Cumberbatch.

I also want to give a quick mention about Michael Fassbender and James McAvoy in X-Men: First Class. Magneto and Xavier’s relationship is the heart of the X-Men films and both actors pull off their roles perfectly. I know Fassbender’s name will likely be on everyone’s list for his performance as a sex addict New Yorker in Shame, but I’d have to take your word for it as I don’t know if I’ll be seeing that film.

Who’s to say that a limited screen-time is less important than those who appear in every single scene? So here are ten notable supporting performances I’m impressed with this year:

So there you go folks, any thoughts on my picks? I’d love to know which actors’ performances impressed you most this year.