In an industry seemingly obsessed with youth, the world of cinema is actually quite forgiving to those suffering from the inevitable phenomenon called aging. I mean, compared to another lucrative career such as sports, where athletes are forced to retire well before they reach ‘middle aged’ period, there are plenty of opportunities for actors not only to survive in the business but continue to thrive despite their age. In fact, a select few are akin to fine wine… they just get even better with age. Not just in their looks mind you (though indeed some still look smashing in their 60s), but professionally, they’re still relevant and consistently churn out compelling performances. These thespians have the dignity to always do their best, never appear as if they’re ‘phoning it in’ just because they can.

I still think there ought to be far more interesting roles for older actors though, and not just those relegated to supporting categories. There’s a market for it obviously, look at the success for RED and Gran Torino, whose leading cast are all way past AARP eligible age. I for one would love to see more love stories in the vein of Last Chance Harvey than something like oh, I dunno, Something Borrowed.

It’s really tough to whittle it down to just ten as I generally like older actors than the those below 25, my criteria for picking these ten are that they are all over 60 years of age, they’ve done quite a few roles that have become my all-time favorites and they’re still working in the business today (hence my exclusion of Sean Connery, whom I like but unfortunately he’s already retired from acting).

So anyway, here they are in alphabetical order: 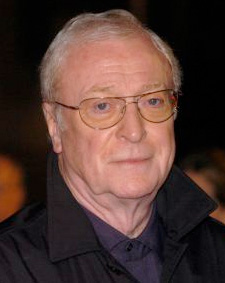 It’s Sir Michael to us, folks. The tall, bespectacled English gent is more than just a screen legend, he’s practically an pop culture icon. His distinctive manner of speaking is a popular subject used by impressionists and mimics, but he’s such a good sport about the whole thing which makes me like him more. He’s got over one hundred movies and TV works under his belt, with no signs of slowing down (he’s got four upcoming movies in the next couple of years, five if you’re counting voice work for Cars 2).
…
Top 3 Fave Michael Caine roles: Alfred in Chris Nolan’s Batman flicks, Cutter in The Prestige, Jasper in Children of Men
… 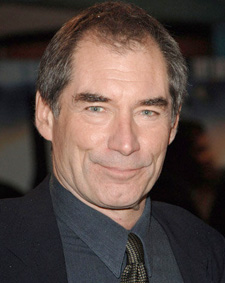 It would be unthinkable for me to have this kind of list and not include Dalton. Whoever wrote his IMDb page is spot on… “At a consistently lean 6′ 2″, green-eyed Timothy Dalton may very well be one of the last of the dying breed of swashbuckling, classically trained Shakespearean actors…” He’s got the looks, talent, and not to mention that iconic silky, throaty voice.
…
Sure he may not be the most prolific in his later years, but the dashing Welshman has done so many iconic roles in his career: Bond, Rochester, Julius Caesar, even Rhett Butler in the ill-advised Gone with the Wind follow-up Scarlett. His Bond and Jane Eyre’s Rochester renditions are my absolute favorite from each of the franchise, but his bad boy roles are also memorable: Flash Gordon‘s Prince Barin, Neville Sinclair in The Rocketeer and Simon Skinner in Hot Fuzz. With his recent stint in NBC’s Chuck and The Tourist, it proves that he’s still got it. I only hope he’d get a leading role in the future worthy of his charisma and talent! 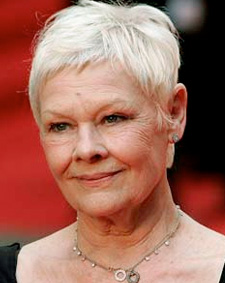 The grand Dame has sheer screen presence despite her 5’1″ frame that she often plays strong female characters. I first saw her as M in Goldeneye, the first female portraying the 007 character. I love her tough-as-nails performance… who told Bond straight on that he’s a ‘sexist, misogynist dinosaur.’ Oh and this quote from Tomorrow Never Dies has got to be my favorite from M in all of the Bond movies:
..
Admiral Roebuck: “With all due respect M, sometimes I don’t think you have the balls for this job.”
M: “Perhaps. But the advantage is that I don’t have to think with them all the time.”
…
She is of course equally compelling in period dramas, i.e. as Queen Victoria in her Oscar-nominated turn in Mrs. Brown, and who else could nab an Oscar for being on screen for merely 8 minutes!
…
Top 3 Fave Judi Dench roles: Queen Victoria in Her Majesty, Mrs. Brown, M in Bond movies, Eleanor in A Room with a View.
sss… 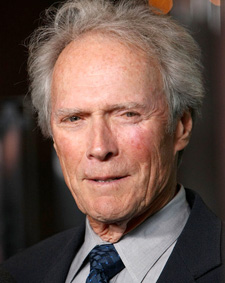 There’s no stopping Mr. Eastwood, who despite hitting the big 8-0, there’s no sign of slowing down! He’s got one of the most varied and rich career of any actor that seem to transcend generations. Having been famous for his bad ass roles like Dirty Harry, he’s become more successful as a director, winning 2 Oscars for directing Unforgiven and Million Dollar Baby, two completely different genres no less. I actually haven’t seen either one of them as they’re not my cup of tea, but I’ve seen enough of his other great work to consider him on this list. Oh, as if he weren’t a triple threat already, the pianist and composer is also a darn good singer, as displayed in Paint Your Wagon and in the credits of Gran Torino.

Top 3 Fave Clint Eastwood’s work: Midnight in the Garden of Good and Evil (Director) , Frank Horrigan in In The Line of Fire, Robert Kincaid in The Bridges of Madison County
… 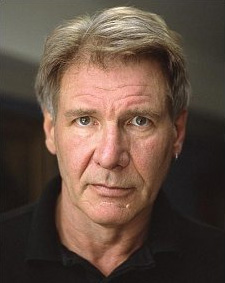 Ok so Cowboys & Aliens failed to ignite at the box office this past weekend, but I doubt it’ll make a dent in his amazing Hollywood career. Ford is a cinematic icon, having played so many classic roles, including my all time favorite, Indiana Jones (have you voted in his b’day poll yet?) Btw, I had just seen The Conversation where he had a minor role, that movie was released 37 years ago and it struck me how much Ford ages well. I like Ford in both his action as well as dramatic roles, recently I rewatched Regarding Henry as it was on TV and I was so moved by it — it’s perhaps his most underrated roles as he didn’t garner any awards for that nuanced performance.
,,,The Chicago-native reportedly just signed on to do another cowboy role as an aging gunfighter Wyatt Earp in Black Hats, set in 1920s New York (per THR) 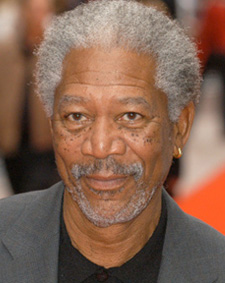 The first time I saw Mr. Freeman was in Street Smart with Christopher Reeve, this was at the time I was crushing on Superman so I watched everything he’s in. I didn’t like the movie but Freeman gave an Oscar-worthy performance in his first nomination (he went on to garner four more nods in his career). I absolutely adore his role as Lucius in Nolan’s Batman films, a man of gravitas who also provides comic relief effortlessly. His scenes with Bruce Wayne in both Nolan’s Batman movies are always the major highlights as they have such a great rapport. Freeman is perhaps best known for his dramatic performance in Shawshank Redemption and Million Dollar Baby, but the Memphis-born actor also shows he’s got comic skills in Maiden Heist and RED. 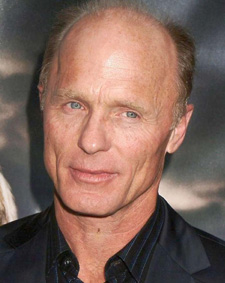 I don’t know what it is about Ed Harris but I always enjoy seeing him on screen, even when he’s playing an unsympathetic character. Perhaps it’s his soulful eyes or his seemingly unruffled demeanor. Ted just posted the box office misfire article where he mentioned about The Abyss. I really like that film largely because of Harris’ performance, and I could say the same thing about a lot of the movies he’s in. I like the fact that he’s also a family man, having been married to the same woman since 1983.

Top 3 Fave Ed Harris roles: Bud Brigman in The Abyss, Christof in The Truman Show, Mr. Smith in The Way Back
,,, 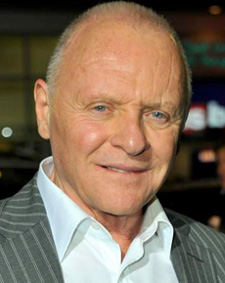 Hopkins first scared the pants out of me when I saw Silence of the Lambs in the theater (what was I thinking?) But the beauty of the Welsh actor is that in the movies that follow, he easily disappeared into his roles that I wasn’t ‘haunted’ by Hannibal Lecter every time he appeared on screen. Apparently Sir Laurence Olivier himself discovered him, who invited him to join The National Theatre in 1965 (per IMDb). I suppose it takes one to know one, as both are über talented Oscar winners who are easily one of the greatest actors in of their respective generation.

Top 3 Fave Anthony Hopkins roles: James Stevens in The Remains of the Day, Ludlow in Legends of the Fall, Don Diego de la Vega in The Mask of Zorro.
… 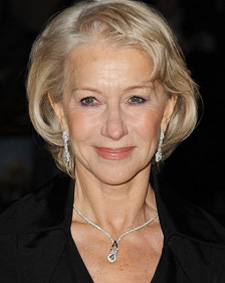 I’ve mentioned her a lot on this blog so it shouldn’t come as a surprise that I adore this classy lady. Mirren is one of those rare beauty who doesn’t let age get in the way of her inherent sensuality. My friend Vince recommended Excalibur to me where Mirren played a seductive temptress and seeing her most recently in State of Play, it’s clear she hasn’t lost that twinkle in her eye. She can also play buttoned-up obviously, having won all kinds of awards for playing the title role in The Queen. I haven’t seen Calendar Girls yet but I’ll be sure to get to that soon. 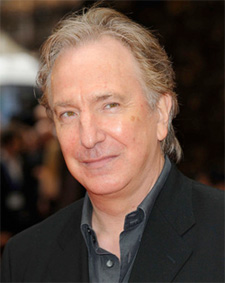 Last but definitely not least. Again, no surprise as I’ve mentioned him a lot… just yesterday I was raving about his performance as Snape in the Harry Potter movies. That accent with that inimitable delivery… like Dalton, one of the best thing about this Londoner is his silky voice. He’s got quite a female following and I’m not at all surprised. His role as Col. Brandon alone earns him a place on this list, but he’s also fantastic in almost everything he’s in. I also think he should do more comedy as he was such a hoot in Galaxy Quest. It’s funny that I actually first saw Rickman in Truly Madly Deeply when my ESL teacher invited her foreign students to her home, and at the time I wasn’t at all interested. Only later on that I realized it was Rickman as the romantic ghost Jamie.

I feel like I could’ve made this into a top 20, but now it’s your turn. Who are your favorite seasoned thespians?