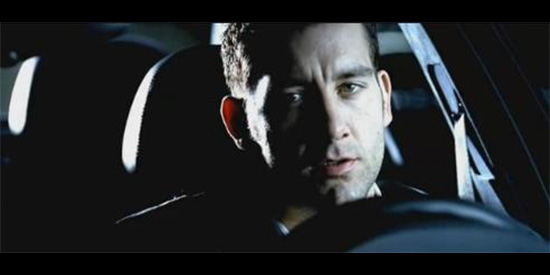 This past Monday, IMDb homepage featured Clive on its actor spotlight section. As he ranks pretty high up there in my favorite actors list, I thought I’d put him on the spotlight here, too. The dashing Brit is one of those actors who despite a few lousy flicks (i.e. the preposterous Shoot ‘Em Up and the dull Duplicity), still comes out practically unscathed. IMDb’s description of him is quite fitting: Whether performing Shakespeare, driving a speeding BMW, or holding his own against mega-stars, Clive Owen has established himself as one of the most versatile actors in theater, television, and film. 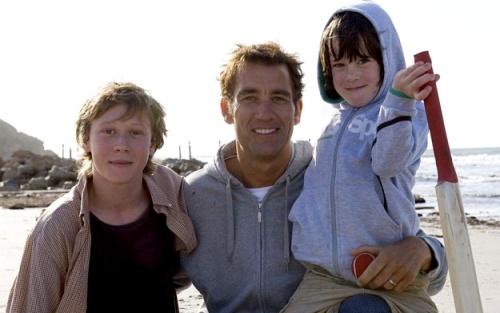 Looking at his filmography, he’s got some great movies under his belt. Children of Men is destined to be a classic sci-fi drama, which remains my favorite role from the tall Brit. I also enjoyed his performance in Inside Man, King Arthur, Beyond Borders, Gosford Park, Elizabeth: The Golden Age and The International. I even enjoyed his brief appearance in the first Bourne film, Bourne Identity. Though his attempt at comedy in Greenfingers didn’t fare as well as his action/dramatic ones. His latest movie The Boys Are Back shows his tender side as a single parent raising two young boys (check out my review). He also played a dad alongside Catherine Keener in the David Schwimmer-directed indie Trust. 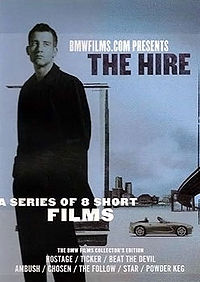 The first time I saw Clive might’ve been in those BMW short films The Hire, which I thought is a pretty shrewd marketing campaign that truly flaunt those coveted German automobiles. This series of eight short films (which you can watch on youtube) was released online back in 2001, featuring popular filmmakers such as John Frankenheimer, Ang Lee, Wong Kar-Wai, etc., and starring Clive as the “Driver.” Sure Jason Statham is cool in The Transporter, but Clive adds a dose of sophistication and class to his ‘cool factor.’ Despite his nonchalant demeanor, he projects a certain brand of pathos with his soulful eyes that I find incredibly attractive.

All that always brings me to this theory: Clive would make a terrific James Bond. Whenever I watched him in action flicks (and there are quite a lot of ’em) or even the way he talks with that deep, raspy voice (always a plus!), I kept thinking how Clive would’ve fit that 007 role like a glove. He not only looks the part (tall, dark and British), he somehow epitomizes what I think the text book super spy ‘model’ is supposed to be. Ok, I know, I know, it’s really a moot point now as the actor himself don’t even want the job. He did do a parody of Bond in The Pink Panther though, which I thought is pretty amusing. On his IMDb trivia, he’s quoted as saying: “Bond was the best thing that never happened to me. I was never in the running but the more I said so, the more people thought I had it in the bag. What’s so funny about it all is my career in Britain was in really bad shape at the time, but my agents pretty much built me a new one in America by playing up all the Bond stories. All I had to do was keep on telling people I was never going to be Bond. I’d like to think I made it on talent, but it’s really just dumb luck. If I hadn’t worn that tux in Croupier, I’d still be begging for the parts Robson Green turned down on cop shows.”

Oh well, at least we have those BMW films to watch Clive looking very Bond-like and wish I could take a ride with him in those ultimate driving machines… well, then again maybe not. Just take a peek at this one called Star and you’ll know what I mean. Directed by Guy Ritchie and starring his own ex-missus Madonna, I bet he’d get a kick out of this one even more now.

Now, this action-packed one called Ticker with Don Cheadle and Ray Liotta is also worth checking out, it’s easily my favorite one of the series:

I hope to see Clive in leading roles again as he’s more versatile than Hollywood gives him credit for. Now that I’ve seen a bit more of his work, I can say that I like him in dramatic roles as much as his more action-packed roles. So here are my top five favorite Clive Owen roles so far:

Are you a fan of Clive? What’s your favorite Clive Owen movie(s)?