I first heard about this on MadHatter’s post. I immediately thought, WOW, he certainly deserves it, perhaps one day I’ll get one of those of my own … which then prompted me to think about who I would nominate in return. Well, what do you know, a few days later, I received a comment from M. Carter @ The Movies, one of my blogger role models, saying that she nominated me!! WOW, I just about fell off my chair in excitement! It’s always great to be nominated but it’s all the more sweeter coming from those I look up to. I haven’t quite recover from such glee when I once again was singled out by Marc @ Go, See, Talk and Castor at AnomalousMaterial. THANK YOU, Meredith, Marc and Castor! I’m already so flattered that people find my wee blog worth reading and coming back to. I wasn’t sure where this blog will take me when I started this, so these kudos are truly encourage me to keep going!

The prize for this wonderful award is I get to display this cute logo, which according to this blog was apparently handmade from fabric scraps by a very creative Norwegian lady named Hulda. 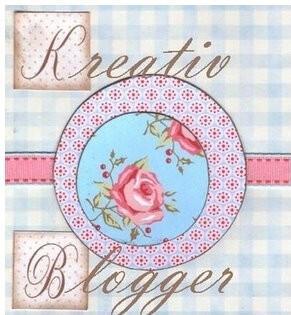 Now, with every great power, comes great responsibility. Ok now, pardon me for getting carried away, I don’t claim to have any superpower at all, the “responsibility” I’m referring to are these seven rules that come with receiving this award. I don’t mind though, I mean, what a great idea to encourage the community of movie bloggers in the blogosphere!

So in compliance to rule #4, here goes:

1. My dad was in the Indonesian movie biz in the 70s, though sadly I wasn’t even born yet to see him at work. In fact, to this day I haven’t seen any of the three films he produced/directed, other than bits and pieces of perhaps one of his famous work called, get this Rama, Superman Indonesia. Yep, it’s basically Indonesian Superman, though instead of wearing thick-rimmed glasses as a disguise, his alter ego is actually a pudgy newspaper boy! You can see the entire film in 8 parts on YouTube.

2. I met my husband in college here in Minnesota, thousands of miles away from our hometown of Jakarta, Indonesia. I truly believe some people are fated to be together, as we actually went to the same Jr. High School for 3 years and never once laid eyes on each other. Funny enough, one of my close friends had a crush on him so I did hear about him quite a bit before I finally met him years later. Just a small tidbit: the name of the school is St. Francis of Assissi, the same umbrella school where Obama went to for a year when he lived there (under the name Barry Soetoro).

3. I’ve lived in TwinCities area for the last 16 years now and despite being from a tropical country, I don’t really mind the cold climate. In fact, when we visited Jakarta last Summer, I couldn’t stand the humidity and extreme heat so much I got heat rash all over my hands! I totally love the four seasons of the Midwest, the freezing cold definitely makes you appreciate the other three seasons, and I’d like to think the climate makes us so darn resilient! 🙂

4. I don’t like seafood, the kind of revelation that invites blank stares from people as if I’m from outer space. The first usually get this kind of response: “You were born surrounded by oceans, how could you not like seafood?” or the most common shorter version, “boy, are you weird!” To which I reply: “You think that’s weird? What if I tell you I also don’t like most deserts or chocolates? (unless they contain rice crispies/almonds which I don’t mind at all).” Which then the response is likely, “What in the world is wrong with you?”

5. I guess most of you readers already know this but Gerard “Gerry” Butler is one of my fave actors. He’s also the only Hollywood actor I’ve personally met (which I recounted here). Strangely enough, that encounter sparked my passion for writing, which led to my first attempt at writing a novel where one of the characters is inspired by the Scot (not exactly a fan-fiction though).

6. My church pastor Joel Johnson looks like Steve Carell it’s uncanny! Only he’s 6′4″ and wears glasses. Even he admitted people have said that to him on numerous occasions, whether on airplanes or coffee shops. But I like my pastor’s sermons far more than some of Carell’s movies.

7. I have not seen The Wizard of Oz, nor do I have the desire to. My friend Corinne said it’s got the best twister scene ever but I gladly just take her words for it.

Now the fun part, on to the noms

1. M. Carter @ The Movies — Incredibly-written, shoutout-worthy reviews, Meredith’s writing style is in a whole different league. Though our taste in movies are quite different at times, her blog is one I look most forward to reading, down to her comments section as she diligently responds to each one. Her reviews are often much better than the movie she’s reviewing! Meredith, thanks for inspiring me to be a better writer/blogger!

2. The Dark of the Matinee — When I first come across MadHatter’s blog, I was feeling a bit burned out with this blogging thing and one his posts inspired me to be honest with my readers. He in turn left me an encouraging comment the next day, which was exactly what I needed, so thanks for that, Hatter! His blog is filled with great reviews, podcasts, thought-provoking articles (such as this well-written post). Best of all, he truly encourages the community of movie bloggers with his Everybody’s Talkin’ (Chatter From Other Bloggers) series, who knows one day one of mine might even be worthy to be included? 😉

3. Fandango Groovers — One of the most prolific movie bloggers, Andy has an awe-inspiring breadth of knowledge about movies from various genres. Every time I visit this UK-based blog, I never know what stuff I’ll learn from his posts. We don’t always agree on things (i.e. what we think about Law Abiding Citizen), but he doesn’t patronize those who don’t see eye-to-eye with him, either. We also share an appreciation of Bond movies, check out his nifty guide to all things James Bond here.

4. Go, See, Talk — One of the three friends who run this cool blog, Marc’s posts are always fun to read. I especially enjoy his Off the Shelf series from his massive DVD collection, as it brings nostalgia to some of the movies that we both love (i.e. The Rocketeer). He also peppers his blog with spot-on film-watching observations, interesting polls and movie trailers that make each visit worthwhile.

5. The MovieNess — I’ve just recently found this blog and right away I love its unique look with Vanessa’s own gorgeous illustrations, including her fun star ratings. Her reviews, both the mini and in-depth ones, are thoughtfully-written. Being a film student herself, she no doubt brings that experience into her analysis which makes ’em all the more insightful.

6. Anomalous Materials – I sheepishly admit I’ve only discovered this blog when fellow Minnesotan Castor Troy (LOVE your alias!) kindly nominated me for this award. But the more I peruse his blog, the more realize what I’ve truly been missing! It truly makes my wee blog even more puny in comparison. Polls, up-to-date news, reviews, discussions, trailers, you name it, it’s really a one-stop-shop for all thing movies. And his reviews are not only on the mark but a joy to read, he writes his thoughts down in such a way as if he’s sitting right in front of you as he tells it. His review of Twilight makes me roll down on the floor laughing it’s so spot-on! If only the movie had the kind of wit and sensibilities as his critique, as I had more fun reading it than I did watching that ghastly piece! P.S. If you’re a Rob Pattinson fan, you might not like this review ;(

7. A Life in Equinox — Just found this one through links and comments at other blogs. Maintained by Ryan a.k.a. Univarn, it’s chock-full of skillfully-written reviews for movies and a handful of TV shows, as well as reflective musings post such as this one. It’s that kind of distinctive yet relatable post that will definitely keep me coming back.

WHEW! I think I got ’em all. Well, thanks again to those who’ve been kind enough to acknowledge my labor of love… and THANK YOU to all of you for reading my blog and make this endeavor worthwhile. To fellow bloggers out there, keep on bloggin’!