I first heard about this project last year when my friend and fellow Twin Cities Film Fest staff member Kirsten Gregerson mentioned it to me. She had worked as a casting director for the independent thriller, director by Irish filmmaker Billy O’Brien, with Christopher Lloyd and Max Records (from Where the Wild Things Are) in the lead roles.

Sixteen-year-old John Wayne Cleaver (Max Records) is not a serial killer—but he has all the makings of one. Keeping his homicidal tendencies and morbid obsessions with death and murder in check is a constant struggle that only gets harder when a real serial killer begins terrorizing his sleepy Midwestern town. Now, in order to track down a psychopath and protect those around him, John must unleash his darkest inner demons. Based on the cult novel by Dan Wells, this twisted, genre-bending thriller co-stars Christopher Lloyd and Breaking Bad’s Laura Fraser.

The early reviews out of SXSW has been pretty good, including this one from Variety: “O’Brien conjures an infectious sense of place on a small budget: dark but never dreary, haunting but oddly cheerful.”

I’m looking forward to seeing this next Monday as part of TCFF Member Screening!

The screening FREE for TCFF members, it’s one of the great perks for being a member.
So why not sign up for a membership today?
…

As most of you know, I’ve always been interested in film casting. This week I had the privilege to chat with my friend Kirsten about the casting process of this film.

1. You have a decade worth of experience as an actor in various TV/film productions, but this is your first job as a casting director. How did this project come about for you?

Yes, it is hard to believe I have been pursuing the acting/production path for almost 10 years now. IANASK is actually my 2nd Casting Director job. I cast the film The Jingle Dress in the late summer/early fall of 2013. Jakk Netland, a friend that also worked on The Jingle Dress with me, recommended me to the producers. Lynn Blumenthal was the first choice but she was out of town during the IANASK shoot.

2. How has your profession as an actor help you in film casting? Any particular challenges that stood out to you?

I do know what it is like to be on the other side of the casting process which is a plus. I have been told I make the actors feel comfortable and supported which I think helps bring out a more authentic and truthful audition. The challenge for me is caring too much and thinking about the actors that don’t end up getting cast, or worrying about the logistics of everyone getting to set that have been cast. I know these things are definitely out of my control, but I can’t help it. I am “Minnesota Neurotic” as I call it. 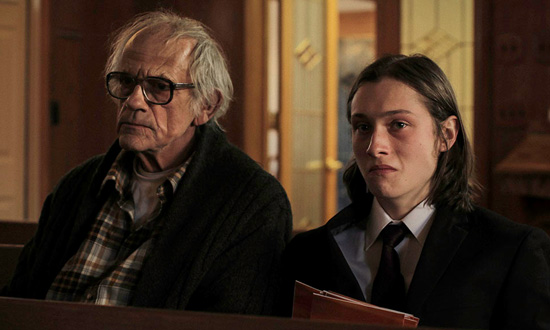 3. Was Christopher Llyod already on board on the film when you started working? I’m curious too about the process of casting Max Records and Laura Fraser, did it involve an in-person audition?

Christopher Lloyd and Max Records were already on board when I started working on the film. They were cast through the Gersh Agency, as was Laura Fraser and her actor husband, Karl Geary (although the two of them were cast closer to the time of filming). I helped cast all the Minnesota talent and worked with Moore Creative and the Wehmann Agency. I am thankful for the agents and all the help I had moving forward with the casting process.

A special thank you goes out to Michelle Nagell, my dear friend and Extras Casting Director, Jessica Bergren and Brittany Cusack. All these women helped with the casting in the weeks leading up to the shoot and went up to Virginia to audition talent for featured extra roles in the film. Jessica, a Virginia native, was instrumental in helping us find the person to play the role of Max Bowen, the only friend of John Wayne Cleaver. 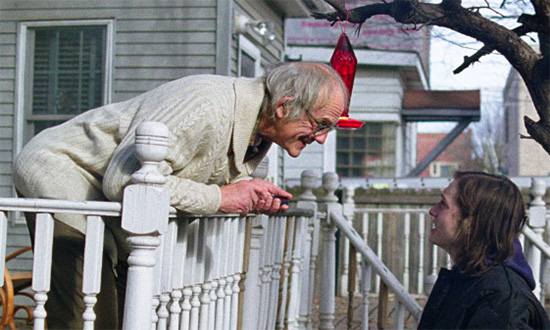 4. What’s your favorite part about this job for you?

My favorite part is calling or emailing the actors and letting them know they have been cast. I know I always feel like I have won the lottery when I am cast, so it such an amazing feeling to be able to spread the good news to other actors. I also look at each actor in the film as a piece of a big puzzle that has so many moving parts. It is so gratifying to see how the finished product comes together on the big screen after months or years of waiting.

5. A general question about casting. What recent casting in either film or tv project that excites you?

I recently had the opportunity to attend Sundance with my dear friend, Stacey Thunder. She had a small role in the film, Tallulah (which is now on Netflix), and I had the chance to see the world premiere thanks to Stacey and the producer of the film, Heather Rae. The casting was spot on for that film. Allison Janney and Ellen Page worked their magic on screen just like they did in the film Juno. All the supporting cast were exactly the right actors for their respective parts. I was especially impressed with the performance of the third lead, Tammy Blanchard.

Special thanks to Kirsten for the insightful interview! 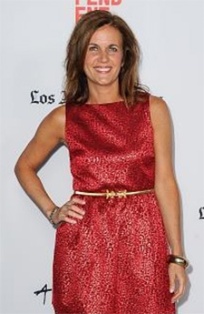 Kirsten Gregerson has almost a decade of experience in front of the camera as an actor. She has also worked behind the scenes in various capacities.

In 2013 she had the opportunity to cast a feature film called The Jingle Dress, and followed up a couple years later with the casting of the film I’m Not A Serial Killer.

Hope you enjoy the interview! What are your thoughts on ‘I Am Not A Serial Killer?’