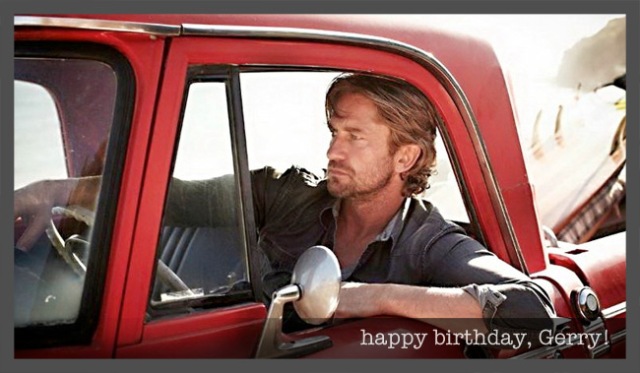 I can’t believe I almost forgot that today’s Gerry Butler’s birthday! I actually remembered it last month as I knew the date falls on the 13th. Alas, my fourth tribute to my long-time crush comes a little late. Ger, if you’re reading this, I hope you don’t mind! (yeah, dream on girl)

Well, this marks my FOURTH tribute to the 43-year-old actor since I fell for him back in 2005 right after I saw Phantom of the Opera for the second time on the big screen. But I didn’t have a blog back then until about 5 years later. So if you do the math, that means I’ve been a fan of his for the last seven years. I’m pretty loyal I guess when it comes to my crush. Though I was spellbound by Gregory Peck for a time (I’m sure y’all remember), I never really forget about my beloved Scot. I mean how could I? He’s my only cinematic crush I’ve ever been blessed to meet, as you’ve probably read in my TIFF nostalgia post.

Seems that I have created all kinds of lists in Gerry’s honor. On my first tribute on this blog, I actually shared an excerpt from my temporarily abandoned Whirlwind novel where the male protagonist is pretty much inspired by GB. I mean his name is Eric Sheridan, I think GB’s fans would know where that comes from 😉

Here are a few other tributes for GB over the years:

One of the 42 reasons Becky and I agree on is how versatile GB is as an actor.

He’s played a brother to a confidant of Queen Victoria, Dracula, a young, out-of-work, scheming cad, Attila the Hun, a lonely alcoholic juror who finds love in the wrong place, a time traveling archaeologist, a temporary father to a young deaf boy, Beowulf, a Spartan king, a very loving, charming husband who dies much too soon, an amateur gangster, the voice of a father to an animated boy who ends up taming dragons, a reformed drug addict turned preacher, who in turn gives back life and hope to impoverished children in Africa, a soccer coach, a surfing coach, and a lot more. Whew!

Now, the Top Five Favorite GB Roles post is not a birthday tribute but I’m re-posting that list again here as three years later, even though I have seen six more of his films, I still don’t know which ones I’d swap out and I’m not quite ready to make a top 10 list yet (save that for next year perhaps). So let’s just say I’m putting his roles in Rocknrolla, Machine Gun Preacher, Coriolanus, Timeline and Chasing Mavericks in honorable mentions for now.

The Phantom/Erik (Phantom of the Opera)

This one is obviously going to be the top of the list, being the role that won me over. Some critics trashed his singing, comparing it to Michael Crawford’s voice — the original Phantom on Broadway — which is unfair as he had no vocal training prior to doing this role. Besides, Gerry’s rock ‘n roll voice was what Andrew Llyod Webber wanted for the film and I could see why. The way he imbued each song with such genuine heart-felt emotion was beautiful and devastating to watch. In fact, he sort of ruined the stage version for me as I’d much prefer Gerry’s dazzling performance. Plus, he could swing that cape like nobody’s business, and even with a half deformed face, he was as sexy as ever. 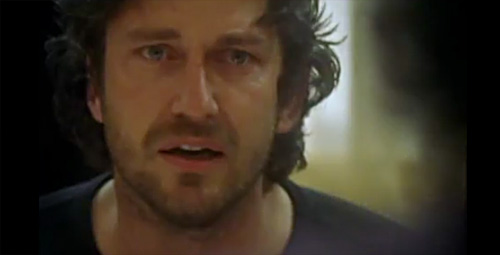 Every time people tell me he can’t act, I almost always tell them to catch a glimpse of this little-seen legal drama. Gerry played a recovering alcoholic juror who’s trying to get his life back on track in the midst of a grueling murder trial. Even early in his career, I was impressed with his intense dramatic chops. It’s all in the eyes with Gerry, and all the close-up shots throughout this series truly captured the inner struggle of his character. My favorite scene is when he learned the truth about the woman he’s in love with. I can’t watch that scene without tearing up. He made brokenness and heartbreak so utterly bewitching.

The world finally learns who Gerry is because of this role. It’s not one of my fave GB movies because of the genre, but the movie worked because the audience believed in him as the King. Gerry transformed himself physically which definitely helped the role, but his regal yet severe demeanor gave Leonidas that commanding presence. If you see GB in any interview or talk-show, we know he’s a gregarious and goofy guy, but there’s no trace of that in this role.

This tiny gem of a movie won many festival film awards and remains one of my all-time favorites. GB’s only in it for merely 20 minutes or so, but every single scenes he’s in packs an emotional wallop. There’s probably only a page of dialog written for his character, which is why it calls for a very restrained and measured kind of acting. There’s a scene where the Stranger reacted to something Frankie’s mother Lizzie said. I can’t forget that look on his face: it was a mix of disgust, pity, anger and deep sympathy all rolled into one. 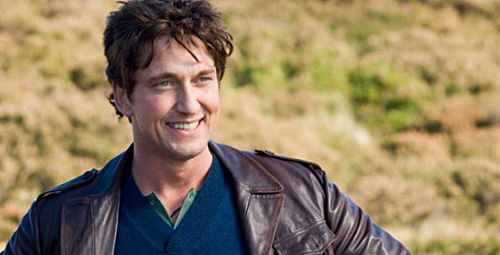 GB’s new fans from 300 was flabbergasted to see his soft side right after such a bad @$$ role, but that’s exactly what I expect from him. He’s said in interviews that he shared some of the gregariousness of his ‘Gerry’ character and it shows. He plays him with such ease and is as convincing as a softie, goofy dude — complete with the shamrock-boxer-clad striptease — as he was as a tough-as-nail King of Sparta. Having to act opposite two-time Oscar winner must’ve been daunting but lots of people who’ve seen this actually thought it’s Hillary Swank who could be better cast here.

I know he’s had a share of flops the past couple of years, though certainly no fault of his. Machine Gun Preacher was marketed poorly — actually barely is the more fitting word here — and Chasing Mavericks seems to suffer a similar fate. He was excellent in Coriolanus but the Shakespearean dialog naturally deters a lot of people from seeing it in its brief theatrical run (it never even made it to some states like here in MN). But I give GB props for constantly trying something new and challenging himself. He’s not afraid to try something new, I mean he learned how to surf at 41, that’s really quite something! He seems to often suffer for his art, too, something I’ve always admired about him. From sitting in the makeup chair for over 5 hours for Phantom, working out until his muscles are gone for 300, and nearly drowning to death in Chasing Mavericks. GB seems to live his life to the fullest… albeit too close to the edge at times. 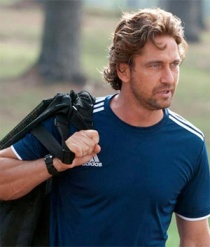 Despite being a longtime fan, I have skipped a couple of GB movies, such as Gamer. I’ve also detested two of his rom-coms (The Ugly Truth and The Bounty Hunter) as they’re both so badly-written. I’m hoping Playing For Keeps would fare a bit better the fact that it’s more of a soccer dramedy as his character is a former Celtic football player. Plus he gets to keep his native Scottish accent, hurray! I’m looking forward to Olympus Has Fallen, yes it’s that Die Hard in the White House flick, but I’d love to see GB in a full-throttle action again and it’s nice to see him being surrounded by the likes of Morgan Freeman, Angela Bassett, Aaron Eckhart, and Melissa Leo, amongst others. Hopefully we see a trailer soon and also a much, much better poster than this one, preferably with his name actually listed on the darn thing (seriously!)

If I have one wish for him is that he’d choose his next project wisely. Hollywood is fickle and with three flops back-to-back, a lot of people might think his career is over by now. I’d love to see him take on some supporting roles in high-profile projects and work with top notch filmmakers like Christopher Nolan, Martin Scorsese, what have you. Perhaps the pressure is on for him to always be the lead but I think taking on supporting roles like he did in Coriolanus might actually broaden his horizon so to speak. He’s a versatile and capable actor but I feel that his talent has been either wasted on sub-par movies or that his good performances get grossly overlooked. I sure hope better years lie ahead for him… oh and that he’d FINALLY do the Robert Burns biopic that he’d be perfect for!

So that’s my belated tribute, folks. Thoughts you want to share on Gerry Butler?