We’re almost the halfway point of TCFF 2018 and today we’ve got a pair of reviews of two powerful, beautifully-told WWII-themed films. 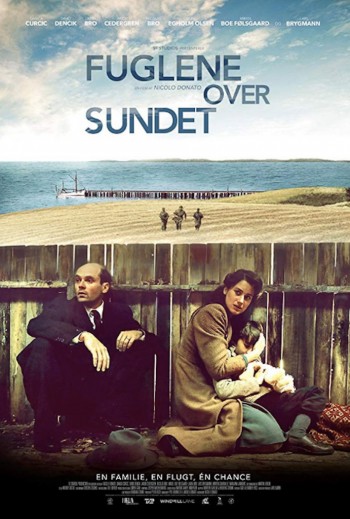 ACROSS THE WATERS
(Fuglene Over Sundet)

Across the Waters is a pertinent reminder about how quickly a normal life can evaporate and become something unrecognizable. The film, a dramatic retelling of the initial descent of German troops into Denmark during WWII, follows a Jewish family, the Itkins, as they attempt to flee to Sweden. The viewer meets the little family immediately before they realize that their city is no longer safe for them and follows the trio as they lose and find each other time and time again.

The sense of urgency inherent in a story of escape lends a good speed to the storytelling in Across the Waters. In the midst of the underlying panic, writers Per Daumiller and Nicolo Donato create several beautiful portraits of villagers, all of whom respond to the refugees differently. Some take advantage of them, some would take advantage of them if they were braver, some turn a blind eye to the need, some philosophize about doing the right thing but do not follow through.

Each portrait could easily be a standalone story, but instead their climactic highlights are offered as one more strand in the web the Itkin’s must escape . Most stories have a foil. One character will harness the willpower to stand for their values despite the personal cost, and the next will fail.  One character will let their fear drive them to criminality. The next will not.  If nothing else the film constantly reminds us that some of us will do the right thing and others will not.  Neither is inevitable. 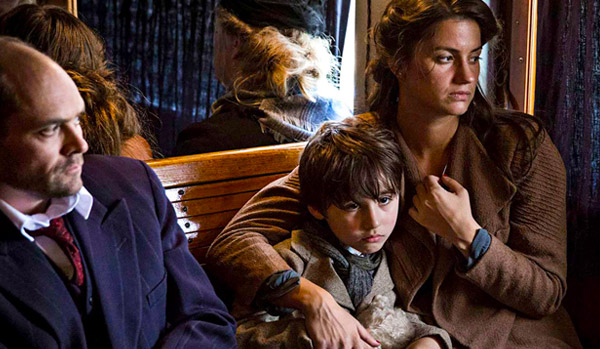 Performances were stunning across the board, but Danica Curcic as Miriam Itkin, Lars Brygmann as Pastor Kjeldgaard, and Katrine Ferdinansen as Laura Bro were especially stunning.

The imagery in Across the Waters is gorgeous, but ultimately distracting.  Too much of the story is told through close ups, shaky cam, and shots that are artistically cut in half with doorways, light flares, and foliage. It is difficult to take in what is happening visually, and although the intention of many of the artistic choices is clear, those intentions didn’t make me any less nauseous trying to follow a handheld extreme close up.

This is the perfect film for those of you who are looking for something to pull at your heartstrings, stir up conversation, or maybe even serve as a call to action.

The Testament is about Yoel, a practicing Jew and historian, who must convince the leadership of his small town to stop development of land on which he believes there is a grave containing the bodies of some 200 Jewish men, women, and children. Fighting against the clock, Yoel struggles to find evidence of the mass grave and, in his search for that truth, he also realizes that there are secrets of his own with which he needs to reconcile.

The multi-layered storytelling by Amichai Greenberg in The Testament is perfectly executed. It is part small town murder mystery, part historical drama, and part hero’s journey. Each of these three stories is complex, full of rich characters, and informative to the other plot-lines. The writing is tight, fast-paced, and emotional. 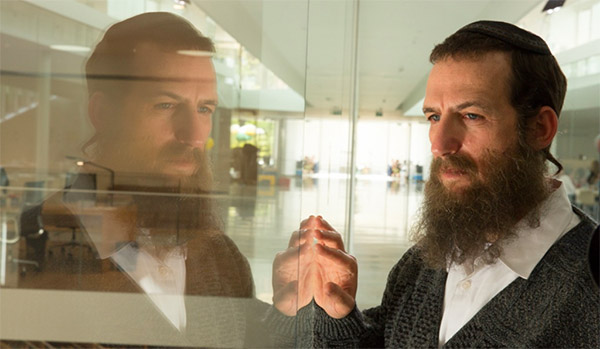 Ori Pfeffer puts on a spectacular performance as Yoel. He creates a character who is thoroughly unlikable but completely empathetic: a man who alienates everyone and yet has an agenda so important that even though we kind of hate him, we also want him to be successful, and any distaste completely dissolves when he finally reaches his breaking point.

Technically, The Testament is skillfully executed. Sound design is effective, with the exception of a two person scene in a forest that had a backing track of mumbling voices. I’m sure the voices were supposed to create tension, but it was just disorienting. Most of the cinematographic choices favor functionality, which makes the occasional artistic flair land even better. One of my personal favorite shots is at the very beginning of the movie, when Yoel is walking up to an old church, which is framed just off center. I’m going to avoid spoilers, but not only was that a gorgeous shot, it also might have been a wink to the audience regarding a later plot point.

Do not miss this film. It is a personal, historical story that begs its audience to consider their relationship with truth, religion, and how fervently we choose to fight for our own ideals. What happens when the truth that one is raised on turns out to be a falsehood? How much of religion is passed on inter-generationally and how much of it is inherent to the individual? When should one compromise and when should one fight?

Check out what TCFF 2018 has in store for MONDAY!