Hope you had a nice weekend. It was a nice, mellow one for me, just enjoying the last few weeks of the fleeting Minnesota Summer. We had yummy Lebanese food for dinner and took a stroll by Mississippi River just before sunset… it was a warm night with a slight breeze. PERFECT.

I did fit in a few movies, one of them I’ve been wanting to see for some time…

A ruthless mercenary renounces violence after learning his soul is bound for hell. When a young girl is kidnapped and her family slain by a sorcerer’s murderous cult, he is forced to fight and seek his redemption slaying evil.

I’m not going to review it again as my pal Becky has done a comprehensive review/tribute to the massively underrated sword & sandal film. She had the dvd so I saw it on Friday night at her place, and boy am I glad I finally did. I’ve been a fan of James Purefoy since his fearless performance in HBO’s ROME, and I’m constantly astounded why he’s not more famous than he is now. The man has the looks, talent, charisma, but maybe he lacks the one thing most stars have to have that they have no control over: luck.

Director Michael J. Bassett and the producers had planned Solomon Kane to be a trilogy. It’s a bummer that it didn’t happen as it was a darn good film, it probably just wasn’t marketed very well. It’s got the swashbuckling action that looks gritty and raw with little CGI, and the supernatural elements of the story work for the adventure fantasy story. I find the story to be emotional engaging as well, especially between Solomon and the Puritan family led by the late character actor Pete Postlethwaite. English actress Rachel Hurd-Wood is quite good in a key role in the story, and it’s also got Max Von Sydow in a brief supporting role.

If you haven’t seen this yet, it’s definitely worth a rent.

DANCING ON THE EDGE miniseries (2013) 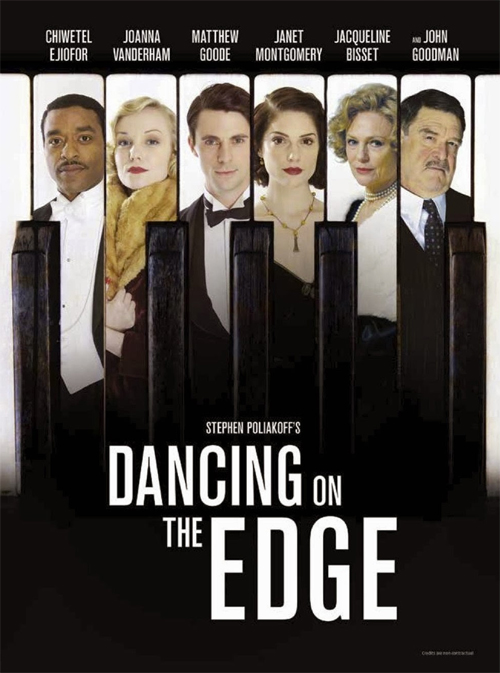 A black jazz band becomes entangled in the aristocratic world of 1930s London as they seek fame and fortune.

I’m glad Netflix added this recently. I think I heard about it when Jacqueline Bisset won a Golden Globe for her performance, but I kind of forgot about it. But really, with a cast of Chiwetel Ejiofor AND Matthew Goode, I knew I had to see it.

I’ve only seen two out of the six episodes and I love it so far. The 30s jazz music is fantastic, but I like the glamor of the British aristocracy of that era and the mystery aspect of it that really sucks you in. There’s also the obvious racial issues given the Louis Lester Band is perhaps the first black band to ever perform for the British royal family. John Goodman has a key supporting role as an enigmatic American businessman, I can’t wait to see what he’s all about but he’s quite sinister.

The set design and 30s costumes are beautiful to look at. It’s definitely an ear & eye candy + a gripping, historically-tinged story. Can’t wait to finish ’em all. If you’re looking for something to watch on Netflix streaming, can’t go wrong with this one. 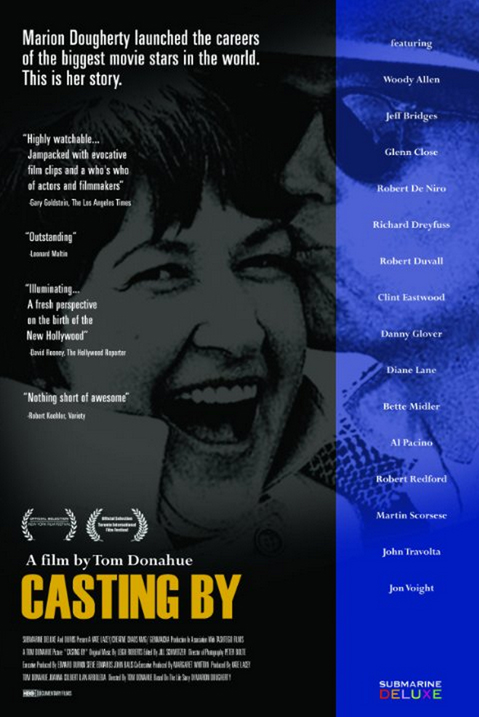 This documentary focuses on the role of the casting director in movie making and particularly on Marion Dougherty. She began work in the late 1940s sending up and coming young actors to be cast in the then new medium of television. It wasn’t until the 1970s that the contribution on casting directors was recognized in film credits and even today there is no Oscar awarded for that role in filmmaking.

If you know me at all, you’ll know how much I’d love to be a casting manager. So naturally I find this documentary utterly fascinating. I talked about this briefly here, but somehow I just haven’t got around to seeing it. Casting is so crucial and can make & break a film, so people like Marion Dougherty is really an unsung hero in Hollywood. 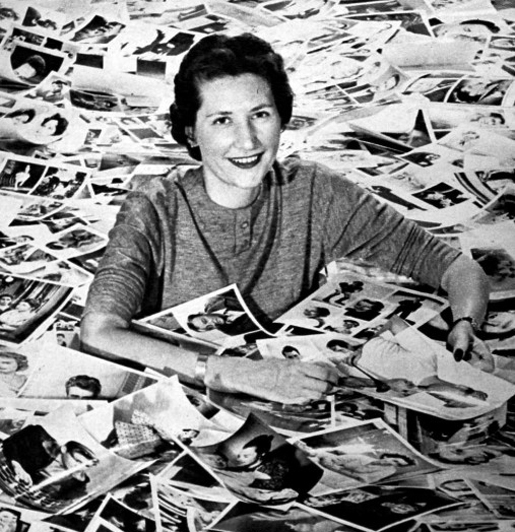 Anyone who loves movies should check out this HBO documentary, as it shows how some of Hollywood legends like James Dean, Al Pacino, Robert Redford, etc. get their start. There are also stories about actors getting second chances after a not-so-memorable first start, most notably from Jon Voight and Jeff Bridges. Some of the people interviewed include directors the likes of Martin Scorsese, Woody Allen, Peter Bogdanovich. It also proves that Michael Eisner is a jerk, I mean he’d rather have Suzanne Sommers over Meryl Streep??! Mel Gibson was ready to drop out of Hollywood and raise organic vegetables and beef cattle before Dougherty suggested him to Richard Donner for Lethal Weapon. She also told Donner about Danny Glover… “He’s black, so what?” – Y’see, the part wasn’t written for a black actor, so obviously miss Dougherty was far more progressive than most Hollywood folks.

There’s no Academy Award category for casting director, and so in 1991, there was a campaign started by a bunch of actors to get her an honorary Oscar. Well, the fact that women mostly make up the job of casting, I guess I shouldn’t be surprised that they’re overlooked in this male-dominated industry.

Thanks to filmmaker Tom Donahue for shining a light on this under-appreciated profession that’s so crucial in the filmmaking process. This documentary is available on Netflix Streaming, so definitely worth checking out!

Well, that’s my viewing recap. So what did YOU watch this weekend, anything good?

Since it’s the week of the Oscars, I’ve been preparing my predictions and also an Oscar-edition of Everybody’s Chattin’ series. That’s on schedule for Friday but today I just want to pick your brain a bit today, so hope you’d indulge me.

I just found out about this post from Flavorwire site (thanks to @WordandFilm tweet): New Oscar Categories We’d Like to See — And Who We’d Nominate to Win Them. They have about five different category suggestions, but I really like the Best Ensemble category (like in the SAG Awards) and also honoring Casting Directors in the Best Casting category. I totally agree w/ the article in that “casting directors are the unsung heroes of the industry… The work they do is often key, yet widely devalued and misunderstood.”

From that article, I also learned about this awesome documentary Casting By that highlights the career of Marion Dougherty, who was the first casting director to receive single-card screen credit. Based on the review on IMDb, the film features a bunch of footage of first roles given to future stars, i.e. Warren Beatty, Marlon Brando, and James Dean, who was apparently one of the first actors she had cast.

Now, back to the Best Casting question. If I to take all the casting in 2012 films, obviously some worked out and some didn’t. On the top of my head I think I’d the award to the casting director(s) of Silver Linings Playbook for casting Jennifer Lawrence as an unstable young woman struggling with the loss of her husband.

I just think she’s just perfect in the role, wise beyond her years even though she’s just entered her legal drinking age of 21 when the film was made! I really can’t picture anyone else in the role that could do an equally effective job. Now, I’m sure there are others that have made an excellent casting decision – whoever cast nine-year-old Quvenzhane Wallis in Beasts of the Southern Wild obviously has a keen eye for talent. I haven’t seen the film yet though, so can’t say much about her acting.

As for the worst, well I’m going to *honor* Hollywood’s most famous young couple Robert Pattinson and Kristen Stewart in their roles in Bel Ami and Snow White & The Huntsman, respectively.  I’ve already made my feelings known about the vacant *acting style* of K-Stew in my review. As for Pattinson, he was so ill-fitting and utterly unconvincing as the supposedly seductive and manipulative George Duroy, the protagonist from Guy de Maupassant’s classic novel. It’s even worse seeing him [over]acting opposite real thespians Kristin Scott Thomas and Uma Thurman in the film! I’d think just by casting different [read: more capable and expressive] actors in the leading roles would improve both films significantly!

If there were a Best (or Worst) Casting award, which film would you give that award to and for which actor/actress?