So I watched not one but TWO new rom-coms last week, which is unusual as I haven’t been too impressed with most modern rom-coms which tend to be a bit too edgy or cynical about love and romance for my taste. Well, if you read my review of Marry Me, that movie is definitely a more conventional approach to rom-com and one that has a hopeful look on love. I Want You Back is the edgier version but surprisingly also hopeful about romance, though perhaps a bit on the manic side.

So the plot center on two newly-dumped 30-something Peter (Charlie Day) and Emma (Jenny Slate) who clearly don’t take the breakup easily. They end up serendipitously meet on the staircase of their building as both are crying over their lost loves. At first it seems they’re just helping each other cope with their broken hearts, that is until both decide they want their exes back and they team up to sabotage their exes’ new relationships (hence the title). Now, I know we can all be fools for love, but I find the whole idea infantile and absurd. I mean, both supposedly have steady jobs, in fact Peter is actually a VP of company. Who in the real world have time to not only come up with an elaborate scheme to sabotage something, let alone time to actually execute such a plan?

Yes I know, it’s a rom-com, a fantastical universe where people have ALL the time in the world devoted to their romantic life while maintain the ability to still keep their jobs 😉 Despite the silly premise, this movie does have something going for it, namely the pairing of Charlie Day and Jenny Slate, two very likable actors who are fun to watch. Now, I think Jenny Slate is so gorgeous which makes it even harder to believe she’d have issues finding men, let alone stoop so low as trying to sabotage her ex. C’mon, this is a gal who once dated Captain America for goodness sake (and she even moved on pretty fast after their break up, ha!) In any case, the movie is at its best when Charlie and Jenny are together. They both have a certain manic energy that I find endearing instead of off-putting. With the wrong cast, the whole scheming scenario would’ve been irritating to sit through. 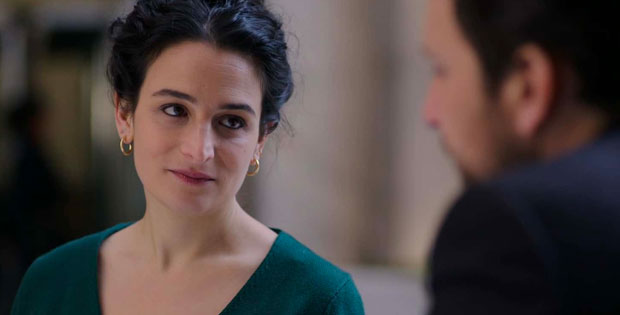 So that said, whenever the leads are not on-screen, my interest level just go down the drain. Gina Rodriguez is fine but she’s not as charismatic as Jenny Slate, while the rest of the supporting cast, Scott Eastwood, Clark Backo and Manny Jacinto just can’t hold their own without the leads being on screen with them. I appreciate the diverse cast, if only they’re utilized better. Jacinto does have a cool look that I’m curious to see him in other projects, but his character just isn’t all that interesting here. I quite like the funny dynamic between Emma and one of the students Trevor, played by Luke David Blumm, in a school play where she pretend to volunteer to distract Peter’s ex’s new boyfriend. 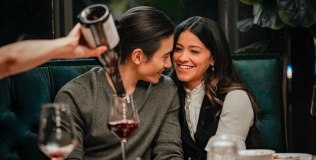 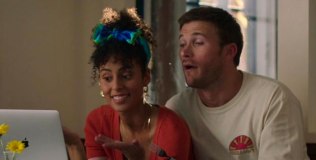 Some of the schemes are borderline risqué but director Jason Orley never lets it go too far despite the R-rating. The crazy pool party Peter got dragged into is pretty off the wall and I have to say I find Pete Davidson so annoying, repellent and not funny in the slightest, so his cameo is perhaps my least favorite in the movie. In fact, it easily knocks at least a half point from my rating, that’s how aggravating his presence is (honestly, I cannot understand his appeal AT ALL).

Overall, it’s a decent rom-com that’s fairly entertaining, though in the end it’s rather clichéd and predictable. I’m not one to enjoy movies about supposedly mature adults wallowing in their self-pity, but the leads still make it a worthwhile watch. It’s cute and funny for the most part, but I Want You Back doesn’t transcend the genre nor offer anything new to make it stand out from the pack.

I WANT YOU BACK is now streaming on Amazon Prime

Have you seen I WANT YOU BACK? Well, what did you think?