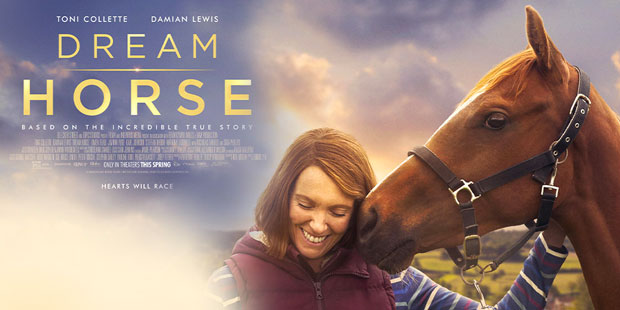 There are no shortage of based-on-true-story movies out there, but I’m always up for uplifting stories, especially those that also offer escapism to a distant land on my bucket list!

Dream Horse offers just the thing… starring the always reliable Toni Collette as Jan Vokes, a small-town supermarket cashier by day and bartender by night in Wales. Who can’t relate to a small-town gal (or guy for that matter) with big dreams? I mean, who hasn’t dreamed to live a different life or even live a slightly bigger life that offers more than a mundane existence. I immediately relate to Jan as the film shows her working day in and day out and obviously bored out of her wits. Her domestic life with her husband Brian (Owen Tease) is becoming ho-hum as well. He seems to have lost as much zest for life as he does his teeth, who spends his days sitting by the telly watching reality TV. 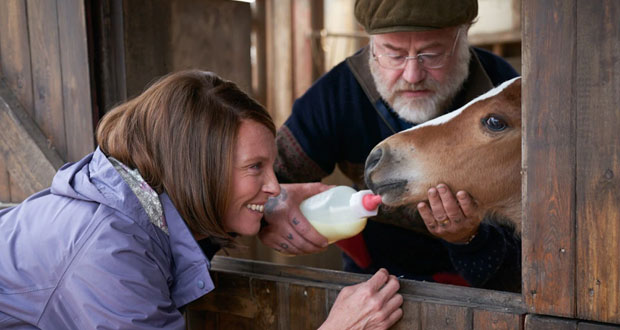 That is until one day, Jan overhears a few people talking about horse racing at a bar, led by Howard Davies (Damian Lewis). Davies is an accountant who leads a syndicate, that is a group of people who purchase ownership of a promising race horse. He has had mishaps in the past where he nearly lost it all, but he hasn’t given up on his dreams. At first he was reluctant to join Jan on this adventure, after all she has never done such a thing before. Yet her tenacity and quick learning finally got Davies to come around to join her in the syndication. Now, the hardest part is convincing the townsfolk, with their meager earning and barely any knowledge in horse-breeding/racing, to also join in on the venture! 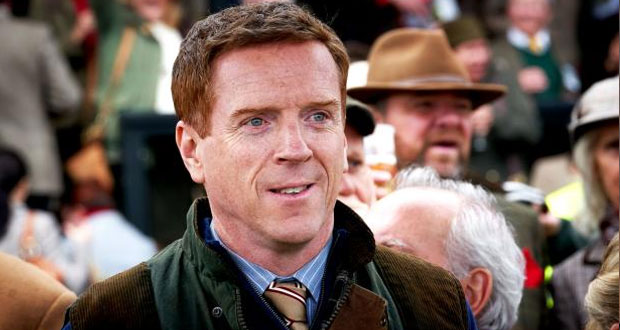 Welsh filmmaker Euros Lyn and screenwriter Neil McKay seems to have a personal kinship with this story, and it shows. There is something so earnest and sweet about how the whole thing comes together, and the camaraderie of the group is just lovely to watch. I also love horses despite only having ridden one years ago as a kid, so it’s wonderful watching Jan and Brian breed Dream Alliance, that is the name of their race horse. Australian thespian Collette can pretty much play anything believably, so even sporting a Welsh accent is NOT outside her wheelhouse. Even surrounded by mostly Welsh cast (Damian Lewis is half Welsh), she fits right in and always brings something extra to every role she does. She’s also convincing as a horse breeder in the way she interacts with Dream Alliance in the movie.

Though for the most part the film is quite predictable, there are some suspenseful moments during an important horse race, and a conflict brewing within the group as Dream Alliance proves to be a champion horse. The group may see opportunities to profit, but Jan remains steadfast as this dream of hers was never about the money. The film’s predictability doesn’t dampen the film’s enjoyment however, as there are so much to enjoy here and one can’t help but be caught up in the joy of it all. It’s the quintessential feel-good movie and the filmmakers/cast make no qualms about it. I especially love the moments where the townsfolk takes the racing elites down a peg or two. They actually threw names such as Andrew Llyod Webber as the owner of a hot British thoroughbred racehorse named, get this, Too Darn Hot! I was expecting Sir Webber would make a cameo, but it was not to be. 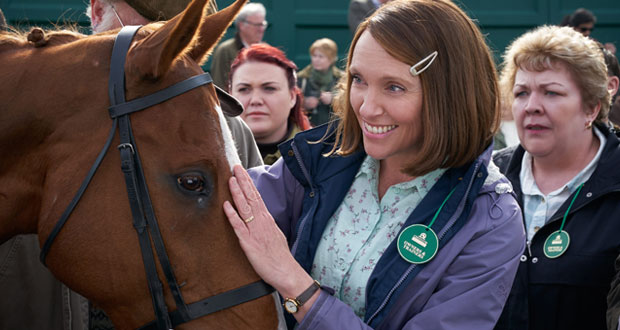 I actually enjoy watching race horse scenes in movies (I should make a list of memorable ones soon!), and there are plenty to enjoy here. They filmed the major horse races on location, in Welsh Grand National and Newbury Racecourse. DP Erik Wilson (who shot both Paddington films) did a wonderful job making us feel like we were right there at the race, and the way he shot the horses definitely set your heart races! I also enjoy the music by relative newcomer composer Benjamin Woodgates which complements the tone and horse-action scenes perfectly.

It’s amazing what a dream can do… not just to a person but to an entire community. It’s also heart-warming to see that Jan’s relationship with Brian also improves with this new venture, as Jan’s dream AND her dream horse literally injects a new life in everyone. In the case of Davies, it also brings a sense of closure in regards to his own late father’s aspiration to be a jockey. 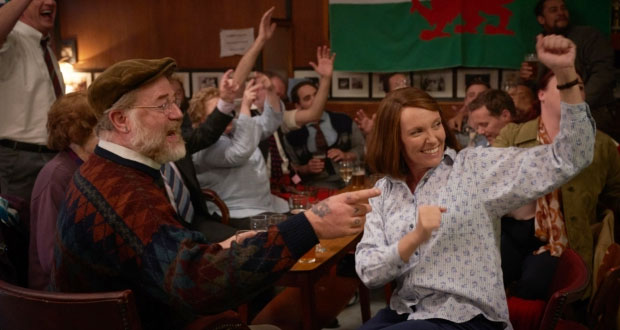 This film is so gorgeous, filled with stunning, lush images of Welsh countryside that I can’t wait to finally visit Wales one day. As customary with movies based on true events, before the end credits rolled, we get the facts + photos of the real people depicted in the film and how much they actually earned from winning all those races. I was flabbergasted by it, but then again, it goes to show that for the Vokes (and also Davies), it never was about monetary gain. It’s cool to see the Vokes are still in the racehorse-breeding business, though Dream Alliance has long retired. There’s a Welsh expression ‘hwyl’ which is pronounced ‘hoo-eel’ to express a great deal of energy, fervor and enthusiasm. Well, this film certainly captures that spirit and then some!

Have you seen DREAM HORSE? I’d love to hear what you think!