The script of the life of Fred Hampton has been floating around Hollywood for many years but it never got made into a film until now. Hampton was one of the leaders of the Black Panthers movement and the youngest of the group back in the 60s and his assassination by the FBI is well known and that’s probably the reason the film of his life has had trouble making it to the screen. Maybe, because of our current political climate we’re living in now, his life story is finally being told, and I think it’s more relevant than ever.

The film starts out with an interview footage of the real Bill O’Neil in 1989 and then flashes back to 1968 when the young O’Neil (LaKeith Standfield) poses as an FBI agent to steal cars from locals in Chicago. One night, his antics got him arrested and while being held in the interrogation room, an actual FBI agent named Roy Mitchell (Jesse Plemons) showed up and offered a chance to turn his life around. Since O’Neil likes to pretend to be someone he’s not, Michell offers him to be a mole for the FBI.

He tells O’Neil that the Black Panthers are terrorist groups, and he’s needs an inside man to be his eyes and ears in order to bring them down. Of course, O’Neil doesn’t have a choice, if he doesn’t take the deal then he goes to prison. He reluctantly accepts the offer and goes undercover and meets Hampton (Daniel Kaluuya), a young charismatic leader of the Chicago Black Panthers division. Once O’Neil became part of Hampton’s group, he realized that the Black Panthers aren’t the people that Michell told him about. They’re a group that tries to give a better life to the black community in the rough part of Chicago. But because O’Neil doesn’t want to go to prison, he keeps feeding the FBI information about the Panthers’ activities that eventually led to Hampton’s assassination. 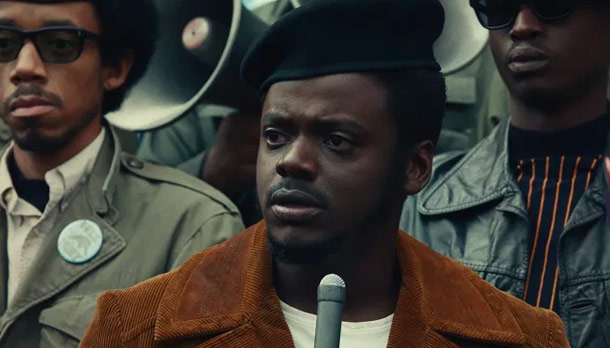 I actually watched a documentary about Hampton’s life a couple of years ago, so I knew the story and while I’m sure some of the events has been alter for dramatic purposes for this film, it’s still pretty accurate account of what happened. The screenplay is written by Will Berson and Shaka King, the latter directed the picture. It’ a well written story and I wish the actual film is longer. At only 2 hours long, I feel there’s so much we don’t know about Hampton and O’Neil and I would have liked to see more of their lives explored in the film. I’ve never seen any of King’s work but I’m very impressed with what he did with this film. The only negative thing I see here is how he depicted the FBI director Hoover (Martin Sheen in poorly prostatic makeup), he’s like a cartoonish Bond villain and I don’t think that’s very accurate. 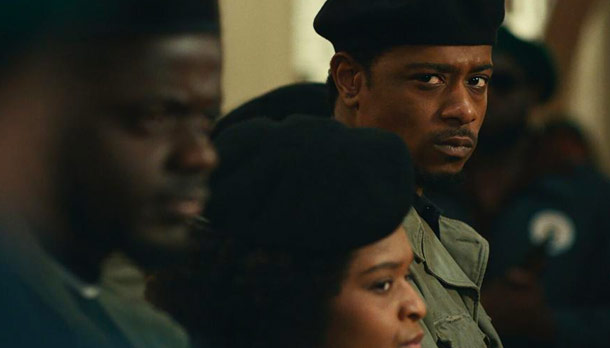 Performances were excellent. Standfield, who I think looks a lot like a young Dave Chapelle, is very good as the conflicted person who sees the Panthers as a group of peaceful activists who wants to better the lives of black people. But he knows that he can’t back out of a deal he’d made with the FBI. Kaluuya is excellent as Hampton, a passionate man who sees himself as peacemaker but knows what the authority sees him as a threat. Dominique Fishback (who was terrific in Project Power) continues to impress me with her performance, here she plays Hampton’s lover. As mentioned earlier, I wish the film were longer, so we get to see more of their relationship. Plemons is always good, and he’s great here as the father figure to O’Neil. He uses O’Neil to impress his bosses at the FBI and also advances his career. At first, he acted like a friend to O’Neil but when he didn’t get what he wanted, he became a very nasty person who holds a lot of power.

This is probably one of the better films I’ve seen in the early part of 2021, I just wanted it to be a bit longer. I feel it’s too condensed, but it’s very well made with great performances by the lead actors.

So have you seen Judas and the Black Messiah? Well, what did you think?

4 thoughts on “FlixChatter Review – Judas and The Black Messiah (2021)”