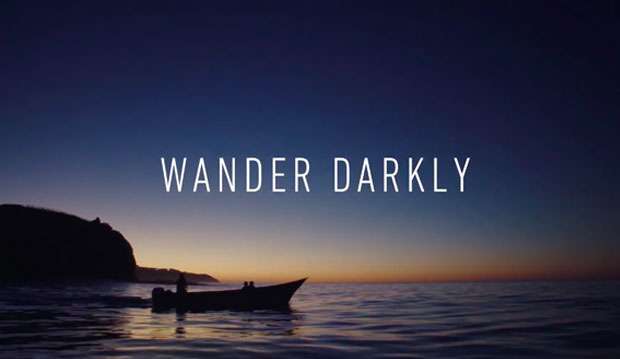 The story of Wander Darkly centers on new parents Adrienne (Sienna Miller) and Matteo (Diego Luna), who are suddenly forced to deal with a traumatic incident amidst their troubled relationship. In fact, the characters are in right in the middle of an argument when an accident happens. It wouldn’t be a spoiler to say that the film deals heavily with themes of death and existence, as it’s been revealed the trailer and the promos.

It’s never clear though if the characters walk among the living or the dead, particularly in regards to Adrienne. Is she dead or isn’t she? The film weaves in and out of ‘cinematic consciousness’ if you will, as you’re not quite sure what’s real and what’s in the character’s head. Adrienne is seemingly stuck in purgatory as she sees her physical body in the hospital gurney. But then Matteo ‘joins’ her and he’s hellbent in convincing her she is still alive.

The film shows various montages of the couple revisiting memories of their past. Again, I don’t know if these are memories or actual flashback of their lives together, from the time the first met, that is their ‘honeymoon’ state even though they’re not married. In fact, the fact that they’re not married is one of the point of constant argument and it’s clear Adrienne is quite resentful of the fact that Matteo never proposed.

Miller and Luna have a wonderful chemistry and the two talented actors gave their all to their respective roles. They are believable as mis-matched couple who struggle to make things work, taking us on their emotional roller-coaster. Though the couple seems in love, but they constantly bicker and at times their arguments get pretty heated as they lash out at each other. There’s a certain distrust between them that’s played out in a pretty realistic way, given how chummy Matteo is with a sexy female ‘friend’ of his. Matteo is not exactly portrayed like a Don Juan type, but he doesn’t exactly assures his girlfriend and mother of his child of his fidelity.

Glad to see Luna portray a non-stereotypical Mexican man (at least not the kind that’s often portrayed in Hollywood) and this is the first time I see him in a dramatic role. I also appreciate that the filmmakers honor his heritage, as there are scenes during the Day of the Dead, which is a Mexican holiday. I haven’t seen Miller in too many dramatic leading roles either, but she’s quite convincing here in a deeply-emotional performance. You could say Adrienne is the heart and soul of the movie and her heartbreak is quite heart-wrenching. Adrienne becomes almost lifeless at times, perhaps the filmmaker’s trying to illustrate that she’s been ‘dead inside’ the whole time, I’m not sure. The bit of her watching a zombie movie is a bit on the nose, but it’s one of those rare droll moments in this film.

I read that writer/director Tara Miele had suffered a car crash that became the inspiration for the film. Interestingly, and perhaps that’s how these talents end up working together, Luna’s mother died when he was only two in a car accident, so this story is clearly a personal one for the two of them. The car crash itself, and the moment leading up to it is quite nightmarish to watch, even though you knew it’s going to happen.

This is pretty heavy movie told in a non-linear way from start to finish, which made the relatively brisk 1.5 hour running time feels much longer. We spend practically the entire film with just two characters who aren’t exactly likable, filled with constant bickering between them, as well as the resentments towards Adrienne’s mother (Beth Grant). Now, I don’t mind slower movies, and I think the non-conventional storytelling style gives this movie an edge. I just wish there’s a bit of levity or sense of humor to give us a break from the constant dread and somber tones. It doesn’t help that the cinematography also looks too dark at times. I guess it’s possible that the filmmakers are trying purposely making things feel disoriented as that’s how the characters are feeling, but it doesn’t exactly make it a pleasant viewing. 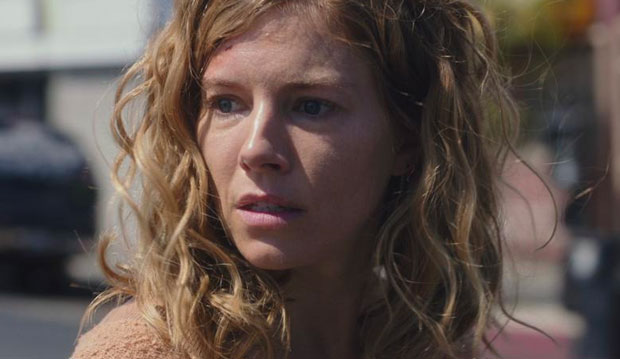 At times the film felt experimental, which is fine in and of itself but it doesn’t always work well here. The visual transitions between the two worlds Adrienne is seemingly trapped in gets confusing at times, which adds to the frustration. There’s also one particular scene towards the end that feels like an unnecessary jump scare, which feels at odds with the rest of the film.

That said, I always appreciate seeing a film about love, especially a character-driven one that’s poignant and heartfelt. I commend Miele for taking such a harrowing personal experience of her car crash into an art form. I’m not familiar with her work, but this is her fourth feature film and she’s also done directing work for TV series (Hawaii Five-O, Arrow). She’s definitely a talented filmmaker who can bring out fantastic performances out of her cast. I’d love to see more of her work in the future.

Have you seen WANDER DARKLY? Well, what did you think?