Just because school has ended and your child is on break, it doesn’t mean they can’t still continue learning over summer. While everyone is on quarantine due to COVID-19, it can be hard to engage your kids with new and exciting ways to read or do homework every day. Luckily, we’ve gathered a list of television programs focused on kids and teens to be entertaining and educational.

1. She-Ra and the Princess of Power 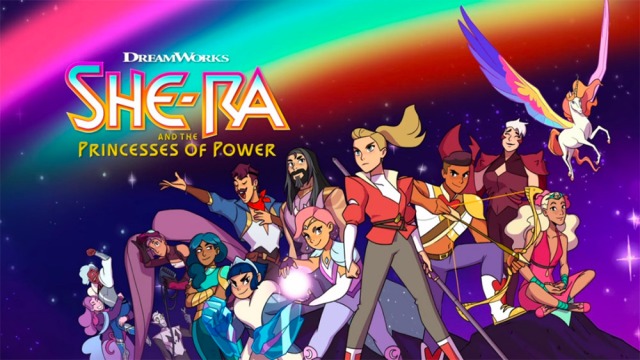 She-Ra is a reboot of the 80’s character of the same name. In this version, a teenage girl named Adora happens across a sword when she gets lost in the woods. When she touches the sword, a blinding flash of light warns her about the responsibilities of what it means to wield the weapon. Upon agreeing to fight for justice, Adora is transformed into the 8-foot princess with superhuman strength, reflexes, invulnerability and communication with all creatures.

Though she was raised by the Horde, Adora quickly learns that the evil militarized society has been trying to take over the world. When Adora joins the opposition, a group of princesses fighting for freedom, her best friend and Horde cadet Catra is enveloped by abandonment and assumes the role of She-Ra’s mortal enemy. As the events of the war unfold, the two on their differing ideologies in regard to their relationship in the past.

The animated series is packed with imaginative action, humor, and deep character arcs that focus on relationships.

She-Ra portrays a range of well-developed relationship between young adults throughout the series. Highlighting important emotions such as admiration and support, jealousy, self-doubt, romance, and hatred, this show teaches teens how to manage their emotions while transitioning into adulthood.

In She-Ra, the creators primarily examine the pitfalls and potential solutions to address abusive relationships. The close nature of Adora and Catra’s bond, now divided by their political differences, is a perfect example of how friends and family members can deal with intimate relationships facing turmoil.

Conversely, the Princess Alliance demonstrates to teens how they can practice mutual aid and support for one another. As teens begin to enter the adult world of competition and varying degrees of social status, She-Ra is a good source of entertainment to teach teens how to be supportive of one another through thick and thin.

The Scooby gang is back … in high school. This version of Scooby-Doo branches off from the classic telling of the mystery series in two ways: 1) The gang are more involved with each other through romantic teen relationships and 2) There’s an overarching story that keeps Mystery Inc. guessing throughout season as they continue to solve crimes in each episode.

Set in their hometown of Crystal Cove, the gang must deal with locals who are invested in the continued criminal streak as a source of tourism and revenue for the city. Chief among them are Mayor Fred Jones Sr. and Sheriff Bronson Stone. Each adversary feels the need to maintain the town’s spooky atmosphere in order to bring in visitors, regardless of constant fear that citizens endure. Despite these challenges, the gang are set on solving every mystery that comes their way.

Because the show is set in high school, the characters are portrayed as more relatable to today’s teens than past iterations. The Scooby-gang largely explore teen technology use, social dynamics, and common problems that teens face while transitioning into adulthood. For instance, both Fred and Daphne are confronted by their parents in the show about picking a “real” career for the future. Their parents point out that the children’s escapade as crime-fighters isn’t a long-term career. Consequently, the gang talk about what the future will look like and what kind of planning comes with being an adult.

Based in Jump City, the Titans are made up of Robin, Batman’s sidekick; Cyborg, an athlete who required body part replacement after a violent accident; Starfire, an enthusiastic space princess with the ability to fly and throw energy blasts; Beast Boy, a literally green vegan who can turn into any animal at will; and Raven, a demon’s daughter who must keep her emotions in check to use magic and sorcery. As the defenders of their town, it’s up to this team of mismatched teens to get along, stop villains from antagonizing the citizens, and do their laundry from time to time.

Without adults around, this group of heroes must engage in serious conversations about what it means to be responsible and self-sustaining. Robin, the team’s leader, is often at odds with the rest of the group because of his strict upbringing under Batman’s tutelage. He’s constantly pushing the others to live a well-composed lifestyle of balancing work and playing. As teens in real life pursue higher education or job opportunities for themselves, it’s important to realize self-agency. As the Titans’ willpower is constantly tested throughout the show by supervillains, the more intimate tests of strength come from taking personal responsibility over their lives. 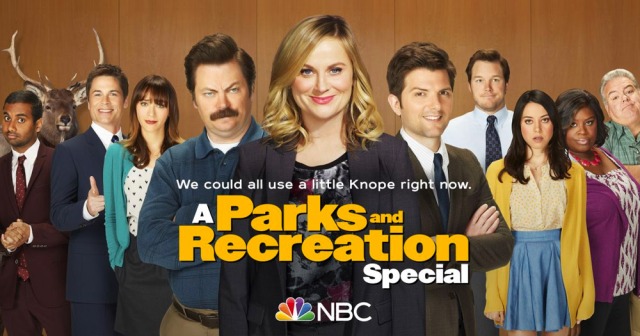 Probably the most direct way to continue your child’s education over summer out of all these shows is Parks and Recreation. This mockumentary follows the golden-hearted exploits of Leslie Knope, a dedicated and energetic civil servant looking to provide the best public services she can through the local parks program. Standing in her way is her boss and close mentor, Ron Swanson. Ron’s no-Government, no-nonsense, no-people outlook on life make for a comedic foil to Leslie and a tender look at the larger political spectrum in Pawnee, Indiana.

If the premise of a show about municipal government work sounds boring, just remember that The Office was specifically made to derive humor from a boring situation with lively characters and an earnest heart-warming plot. (The folks who made The Office also created Parks and Rec, The Good Place, and Brooklyn 99). Parks and Rec is also the show where stars like Chris Pratt, Aubrey Plaza, and Aziz Ansari made their big break alongside performances by comedy alums including Amy Poehler, Rachel Dratch, and Megan Mullally.

Parks and Recreation teaches teens just how important local government is. As Leslie makes the climb through the stages of government, we see her take on positions like City Councilwoman, and Regional Director of National Park Services in the Midwest Region, and Deputy Director of Operations at United States Department of Interior. Other characters fill positions such as the city Manager, city Mayor, and interns for the Parks Department. This show might teach your teen about local, state, and federal government more than a high school government class.

Teens can even get a look at how they might be able to participate in creating change in their communities through April, Aubrey Plaza’s seemingly detached intern who is dragged into caring about her work because of how infectious Leslie’s enthusiasm is for helping others. This show makes local government entertaining and interesting enough to pique your child’s interest in a potential summer job as well. 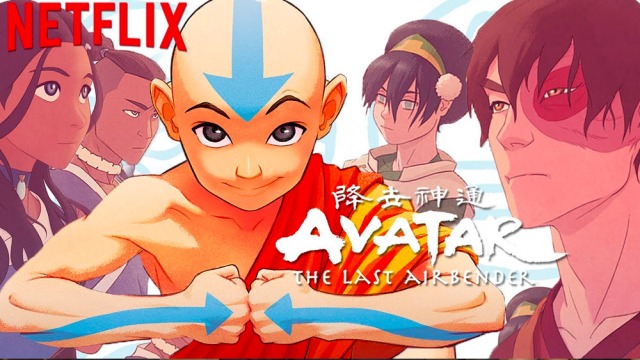 12-year-old Aang is the Avatar, the only person in the world who can control all four elements -water, air, earth, fire. In a world that is divided into four nations based on the element their citizens can “bend,” it is the Avatar’s job to unite the world and usher in peace where there is political and spiritual discord. However, when Aang first learned of his responsibilities, he fled into the ice where he remained frozen for 100 years. In that time, the Fire Nation has largely succeeded in achieving world domination. After completely eradicating the Air Nations from which Aang was raised, the Firelord has closed in on the remaining two elemental populations.

The show takes place as Aang is woken up by two Water Tribe kids, the waterbender Katara and her non-bending brother Sokka. Along their travels to undo the harm that has been done, they pick up new friends, including the blind earthbender, Toph. Together, the gang visit small villages and large cities across the globe that have been damaged by the Fire Nation’s imperialism and conquest.

Avatar is wildly creative, action-packed, and includes some of the most widely praised and well-developed character arcs in the history of television.

Because the show is set in a fictional world facing an imperialist army, this children’s animation is primed for teaching kids about lessons that parallel real-life issues. Many of the main storylines throughout the show explore the experiences of refugees, people from different social classes in different nations, and emotions like grief, loss, and acceptance.

The main antagonist, Zuko, is actually the son of the Firelord who has been banished until he captures the Avatar for his father. Throughout his journey, he changes perspectives about the violence of his actions while exploring his personal motivations, wants, and needs. Widely praised as one of, if not, the best redemption arks in a series, Zuko’s journey teaches audiences that there is nuance to disagreement and that soul-searching is a long and drawn out process.

Learning from Home Made Easy

Ranging from topics like how to deal with grief and acceptance to the importance of local government and addressing political differences, these five TV shows are guaranteed to teach your teen valuable lessons for the future. We hope these programs will spark a discussion between friends and family about the themes and lessons you encounter.

Brian Grant is the Director of Content for Talking to Teens. His creative work includes screenwriting, ghostwriting, copywriting and more.

Eric M. Earle is the founder of Tutor Portland and Tutor San Francisco. He focuses on improving students’ math grades to better their college acceptance rates.

One thought on “Guest Post: 5 TV Shows to Continue Your Child’s Education Over Summer”