Can you believe it there is just one more day until September… which means Fall is looming around the corner. Weather-wise, I do love Autumn, though I’m not ready to give up Summer just yet. But in terms of movies, Fall is jam packed with a ton of intriguing movies leading up to award season. Now, there are simply too many to include in a single post, so I’m only going to narrow things down to just movies released theatrically in the US in September & October only. So here we go in order of release:

The continuing story of the Crawley family, wealthy owners of a large estate in the English countryside in the early 20th century.

Ok so I’m not a diehard Downton fan, heck I didn’t even watch the last two seasons. But I did watch enough of season 1-2 to know who everyone is, and seeing the trailer did make me want to see it! The visuals look sumptuous and having the royals visit Downton would surely bring an extra dose of drama, not that the Crawleys are ever lacking of that. I’m most excited to see Dame Maggie Smith, let’s see what sort of quotable remarks she’ll make this time around. There are new cast members added as well, Imelda Staunton and Tuppence Middleton, both I’m familiar with from various British movies. 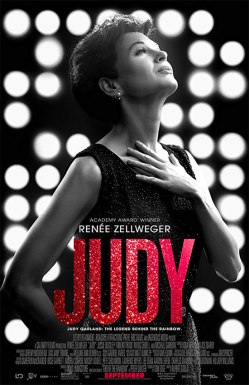 Legendary performer Judy Garland arrives in London in the winter of 1968 to perform a series of sold-out concerts.

I’m always intrigued by biopic about tortured artists, be it a painter, actor, singer, what have you. The trailer really moved me, despite me not having seen The Wizard of Oz in its entirety (yeah I know, I know) and not knowing much about Judy Gardland. I almost didn’t recognize Renee Zellweger the first time I saw her in the trailer, sounds like a role that might nab her some kudos come award season.

Oh man, this is one of those movies you watch for the cast!! Yes the premise definitely sounds intriguing and it looks like a fun movie despite its serious subject matter. But man, seeing Gary Oldman (what’s with his hilarious accent!) + Antonio Banderas behaving badly w/ Meryl Streep hellbent on exposing them, yeah I’m down for this! 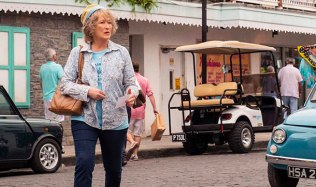 Plus there are a ton of great actors in supporting roles, too: Jeffrey Wright, Robert Patrick, David Schwimmer, Will Forte, Matthias Schoenaerts, James Cromwell and Sharon Stone. I didn’t know Scott Z. Burns wrote this too, which I shouldn’t be surprised as he frequently collaborates with Steven Soderbergh. I hope to catch this in the theaters before it’s released on Netflix! 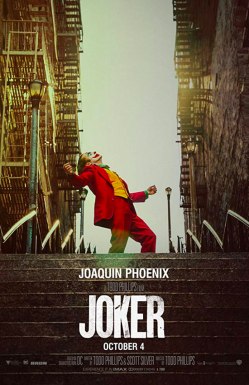 An original standalone origin story of the iconic villain not seen before on the big screen, it’s a gritty character study of Arthur Fleck, a man disregarded by society, and a broader cautionary tale.

I have blogged about this film before when the first trailer hit, but I’m including it here as the second trailer just came out yesterday which got me even more excited!! It’s been revealed that this film will be R-rated, and from everything I’ve seen it certainly looks genuinely ominous and dark, promising us a thrilling, suspenseful, emotional crime drama. 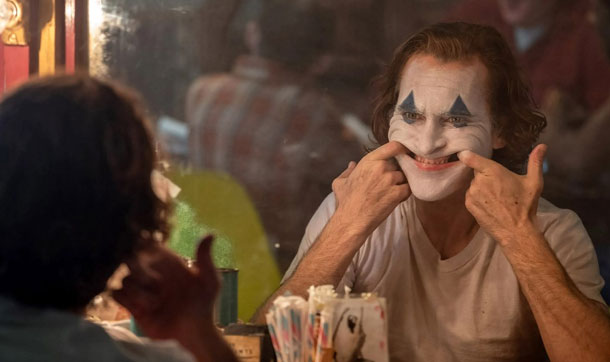 Per Indiewire, apparently director Todd Philips ‘spent a full year trying to convince the studio to allow him to make the violent and edgy comic book movie. He referenced 70s R-rated adult dramas Taxi Driver, One Flew Over the Cuckoo’s Nest, and The King of Comedy as his inspirations. Apparently it took months for the director to convince Joaquin Phoenix to do the role. Apparently he signed on after he’d play the Joker as “a complex flesh-and-blood character in shades of gray rather than a black-and-white cartoon villain.” 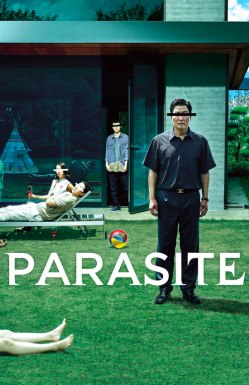 Greed and class discrimination threaten the newly formed symbiotic relationship between the wealthy Park family and the destitute Kim clan.

I first heard of this movie when it won the Palme d’Or at the 2019 Cannes Film Festival, the first Korean film to ever win it. I’ve only seen Snowpiercer from director Bong Joon Ho, which I think is an excellent film. There have been plenty of films about the haves and the have-nots, but this dark comedy looks like something out of the beaten path and looks visually ravishing as well. 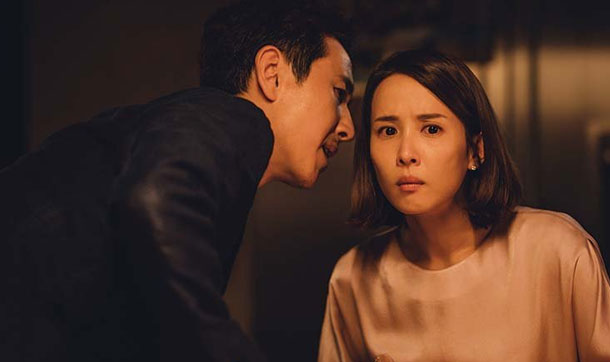 Apparently it got a 10 mins standing ovation at Cannes, which in and of itself isn’t a guaranteed that the general public will love it, but certainly made one curious nonetheless. An original story is always a welcome respite in a sea of reboots, sequels and franchises. The trailer promises us something unique that offers plenty of mysteries to keep us guessing. 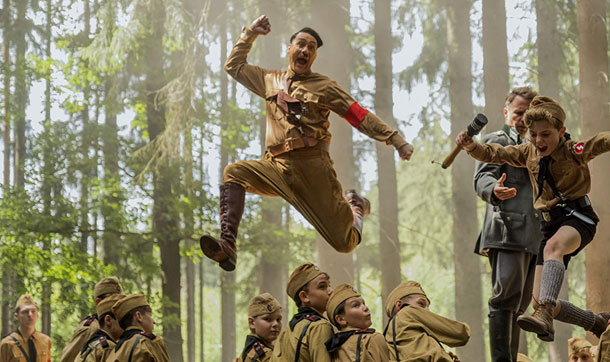 I have blogged about Jojo Rabbit in this post, which is definitely one of my most-anticipated movies coming out in October!

So any of these on YOUR list of anticipated Fall movies? Let me know which ones that you can’t wait to see!