This was the first film I saw on the big screen in 2019 back in early January. Somehow it took me over a month to review it, but posting it on Valentine’s Day seems quite fitting.

In post-war Poland, Wiktor Warski (Tomasz Kot) met Zuzanna “Zula” Lichoń (Joanna Kulig) when he was the pianist at a music institution and Zula was one of the pupils vying to be a part of a traveling musical troupe. Zula’s audition is definitely one of the most memorable moments… not only that I couldn’t take my eyes off her, her voice singing Dwa serduszka, cztery oczy (Two hearts, four eyes) was quite indelible. There’s a mesmerizing quality about Zula and clearly, Wiktor was transfixed. Despite the obvious age difference, the two formed an attachment. 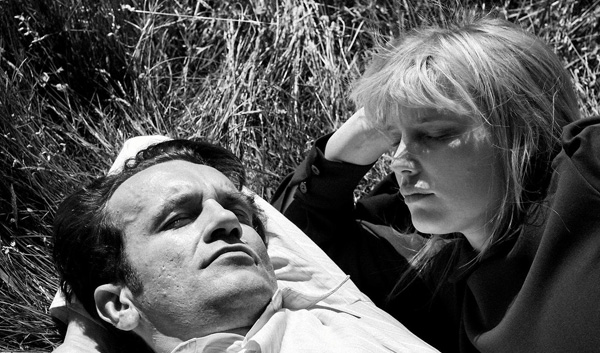 The film moves from country to country… Poland, Germany, Yugoslavia, France… as the troupe ensemble perform in various cities. Wiktor and Zula dream of escaping the ‘communist propaganda machine’ and find creative freedom in the West. Even the musical numbers tell a story, with the same song delivered in contrasting styles, from the simple folk song to a sultry jazz number. The scenes in Paris where they seem to enjoy relative success, even happiness together, seem far too fleeting. Perhaps writer/director Pawel Pawlikowski, who apparently based the story on his own real-life parents, didn’t want the audience to get too comfortable with their relationship. Cold War is the quintessential tumultuous romance… set in a volatile time where a single misstep could lead to eternal doom. 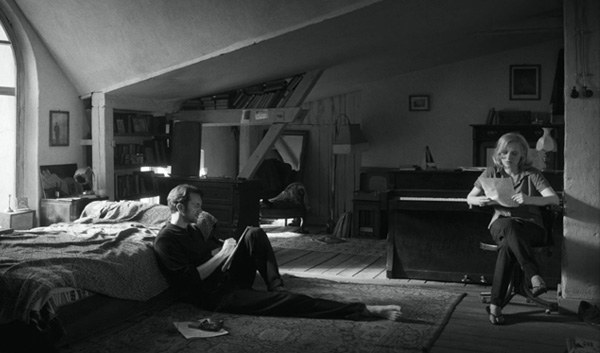 Pawlikowski doesn’t shy away from unabashed melancholy, which if you’re not in the mood can be suffocating. For me, I found it to be quite spellbinding. It’s by no means a ‘joyful’ movie and definitely not a fantastical, dreamy look at love. Just like real life, romance can be dark, thorny and even tragic. While watching this, it’s hard not to think about what it means to be free… as artists, lovers, individuals… and how we in the West, in the free world, often takes things for granted. 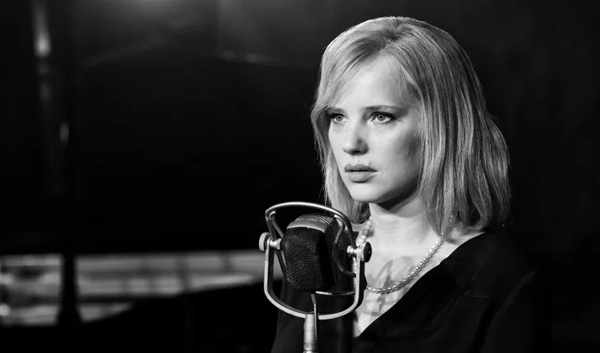 Visually, the film is absolutely stunning. The stark black and white adds even more dramatic effect, filmed so beautifully by cinematographer Lukasz Zal. Minimalistic in dialogue, yet emotionally intense. There’s a pretty strong chemistry between the two actors, but I find Kulig to be the real star of the film. I read that Pawlikowski and Kulig based the character Zula on Lauren Bacall, and there’s definitely a Bogart/Bacall vibe in the lovers’ terse, often sarcastic bantering. 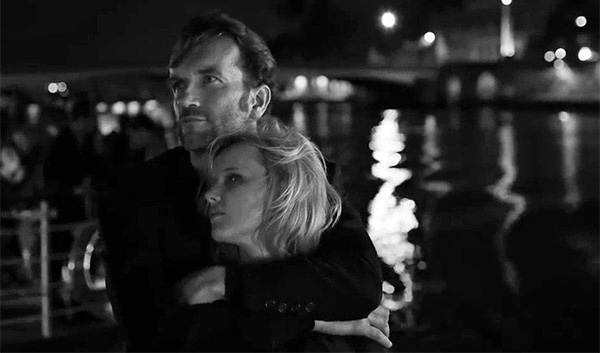 This is my intro to Pawlikowski’s work (I haven’t seen Ida, yet) and he’s certainly a talented filmmaker. This film is apparently a personal memoir for him and it feels that way. I’m surprised that I actually didn’t cry while watching this, but I did tear up as I thought about it afterwards. It may be lean narratively, but Cold War packed an emotional punch. A beautiful film that speaks about the complexity of human emotion. It begs the question… is love enough? It’s not an easy question to answer. I’d say it’s one of the most emotionally-haunting films I’ve seen in a while… one I wouldn’t soon forget.

Have you seen COLD WAR? I’d love to hear what you think!