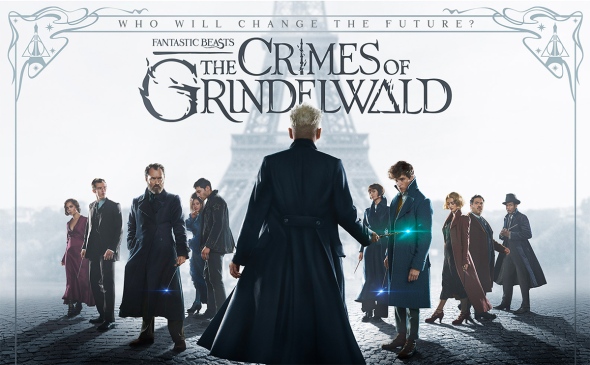 I just saw Fantastic Beasts: The Crimes of Grindelwald and once again, I have to separate my feelings as a die-hard 20-year-long Harry Potter fan from my thoughts as a movie critic. While I have a lot of gripes about how lazy J.K. Rowling‘s later additions and retcons to the Wizarding World canon have been, how parts of the timelines between the books and these movies don’t line up, and how casting an alleged domestic abuser as a lead in a movie whose source material has a main character who regularly suffers domestic abuse is messed up, I need to focus on this movie as just that–a movie. Fortunately, this second installment in the five-part series gives me plenty to work with on its own.

Fantastic Beasts: The Crimes of Grindelwald, directed by David Yates, picks up nearly a year after the end of the first film’s events. The sinister criminal wizard Gellert Grindelwald (Johnny Depp) escapes captivity and flees to Paris to rally more supporters and continue manipulating Credence Barebone (Ezra Miller), the sensitive orphaned teen with a mysterious and dangerous background. Professor Albus Dumbledore (Jude Law) recruits his former student and magizoologist Newt Scamander (Eddie Redmayne) to find and help Credence before Grindelwald can get to him. 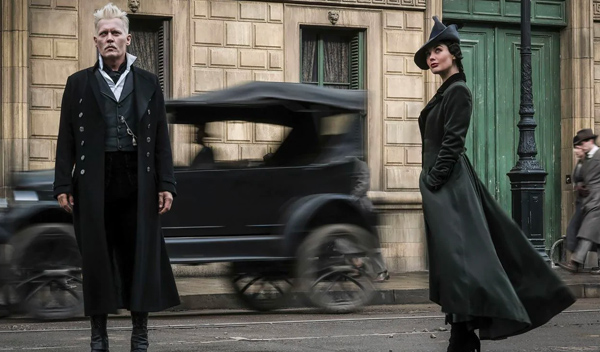 As with the first Fantastic Beasts movie, The Crimes of Grindelwald has a serious pacing problem. I had hoped that once they decided to expand the series from three to five movies it would improve, since they now have two more films to spread out the story, but it’s just worse. They try to fit in too many subplots and character backstories without enough time to develop them, so they feel forced and lazy.

The plots and subplots include: Newt’s continued research of magical creatures (you know, what you’d expect a film series titled FANTASTIC BEASTS to mostly focus on) and his mission to save Credence per Dumbledore’s request with the help of wizard cop and maybe more-than-friend Tina (Katherine Waterston), as well as their strained relationship over a misunderstanding; Grindelwald’s plotting to take over the wizarding world; non-wizard Jacob (Dan Fogler) regaining his memory after having it wiped in the first movie (which happens entirely off screen) and having a rocky relationship with mind-reading witch Queenie (Alison Sudol); Queenie’s wavering loyalty and growing attraction to Grindelwald’s side; Credence’s relationship with the cursed serpentine shapeshifter Nagini (Claudia Kim), their background at a sketchy wizard circus, and their search for Credence’s birth mother; the love triange between Newt, his brother Theseus (Callum Turner) and Theseus’s fiance/Newt’s former flame Leta Lestrange (Zöe Kravitz), and Leta’s dark family backstory, filled in by enigmatic wizard Yusuf Kama (William Nadylam). There’s a good chance I forgot some smaller subplots. That’s a LOT to include in a two hour and thirteen minute-long movie, and because of that, it all feels underdeveloped and hastily explained. 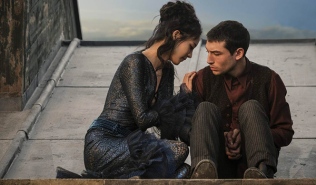 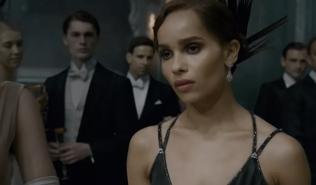 While the writing is a major issue, there are still good parts of this movie. The acting is still mostly strong, especially the core four. Fogler is delightful as Jacob, Redmayne is charming as Newt, Waterston is excellent but underused as Tina, and Sudol does well with what she’s given as Queenie, considering her character feels dumber and more easily manipulated than she was set up to be in the first movie. Jude Law is a great new addition to the cast and is wonderful as a younger Dumbledore. Ezra Miller and Claudia Kim feel a little wooden in their performances, but that might be because of how little they’re given dialogue-wise. Zoe Kravitz gives an understated but emotional performance; while her backstory is poorly handled, she does a great job in the role. The weakest link acting-wise is absolutely Johnny Depp, whose performance feels so half-assed. Depp himself has admitted he’s had a sound engineer feed his lines to him through an earpiece for some movies (he claims it allows him to “act better with his eyes”), and it definitely feels like he did that here, and no amount of “eye acting” can save this performance. I’m still baffled at this casting decision; it feels like the filmmakers thought “Well, he was famous for playing exaggerated characters a decade or two ago, so let’s go with him.” I really wish they had kept Colin Farrell, who was much better as a disguised Grindelwald in the first movie; he’s just as menacing but much more subtle than Depp could ever be. 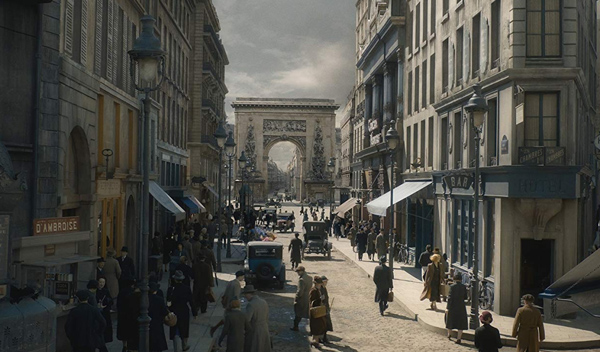 As with the first movie, this film’s biggest strength is the visuals. The CGI is gorgeous, and the design for the magical creatures is beautifully imaginative; I especially like the zouwu, an enormous lion-like beast Newt finds in Paris. We see some new creatures in Newt’s workspace at the beginning as well, and I really wish there had been more focus there, because there’s so much to look at. Some familiar creatures from the last film make appearances too, including the gold-sniffing niffler, and I don’t care how overused for cheap laughs he is, because he is SO CUTE and if you want to see me cry, just play the scene with an injured niffler dejectedly limping out of the wreckage of the fight toward the end of the film on a loop, and if anyone is wondering what to get me for Christmas, Barnes and Noble sells niffler stuffed animals-ahem, sorry. In addition to the stunning CGI, the costumes, hair, and makeup in this film is mostly lovely too, with the exception of Grindelwald’s watered-down Tim Burton-style villain look. Overall, I love the late-30’s aesthetic, and it blends well with the wizarding fashion.

I really wish this series had stuck to what the title promised: Newt’s adventures searching for fantastic beasts. If the focus had been on that, with Grindelwald’s rise to power as a B-plot (with some eventual overlap with the A-plot), it would have been so much easier to pace and develop. Unfortunately, J.K. Rowling continues to forget that writing screenplays isn’t the same as writing a series of 300 to 800-page novels. I know I’ll end up seeing the rest of Fantastic Beasts movies out of a sense of fan obligation, but as pretty as they are, my expectations are low for the future films.

Have you seen the latest ‘Fantastic Beasts: The Crimes of Grindelwald’? Well, what did you think?

12 thoughts on “FlixChatter Review – Fantastic Beasts: The Crimes of Grindelwald (2018)”