Jennifer Garner makes her return to the action genre with the movie Peppermint, directed by Taken director Pierre Morel. After many years of male stars exacting revenge on criminals (think Liam Neeson in the Taken franchise), it now became Garner’s turn to just that, but unfortunately the whole setup by now has become tired and overused. Despite a well-acted and very committed performance by the lead actress, Peppermint unfortunately is a very forgettable and rather bland action movie that leaves almost no impressions with the audience. 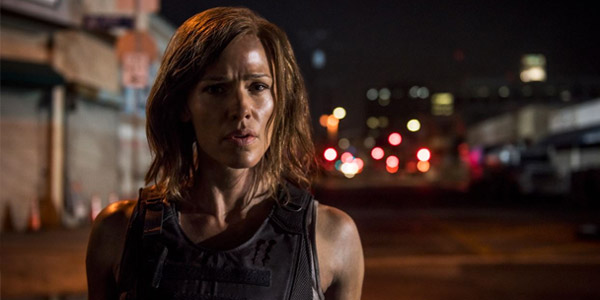 Garner plays wife and mother Riley North, who we find out early on is a very committed mother and isn’t afraid to take on other parents who try to come between her and her daughter. When Riley and her husband Chris (Jeff Hephner) turn to plan B after their daughter’s birthday party doesn’t go as planned, they decide to cheer up their daughter Carly’s (Cailey Fleming) spirits with a spontaneous trip to a Christmas Fair for some fun and ice cream.

When asked what ice cream flavor young Carly wanted, she asked for – you guessed it – Peppermint. Before leaving the fair, husband Chris called up his friend Mickey (Chris Johnson) to inform him that he was pulling out of a proposed robbery job that would see him make a lot of money but potentially risking his family’s well-being. Unfortunately, the drug kingpin they wanted to steal from, Diego Garcia (Juan Pablo Raba) learns about their plans and decides to move first. 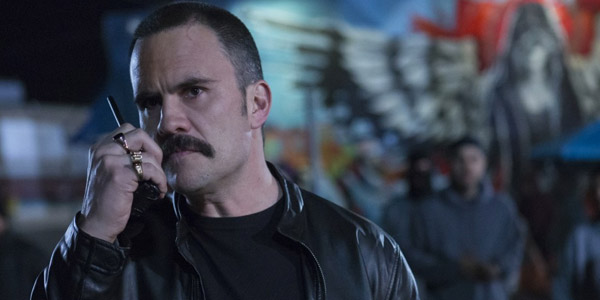 Already having taken care of Mickey, Diego sends his gang thugs to follow the family at the fair, and shockingly gun down both Chris and Carly in front of Riley. Due to massive corruption in the criminal justice system, Chris and Carly’s killers are allowed to walk free, while the judge forces Riley to be institutionalized in a psychological care ward. Riley escapes and for the next five years she falls off the grid, only to return when she’s ready to bring the murderers to justice on her terms. 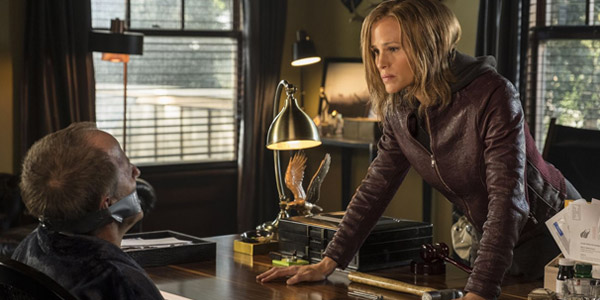 This is where the movie goes off the deep end, with Riley taking out everyone from Chris and Carly’s killers (leaving them hanging with their feet tied up off a Farris wheel) to the judge who freed their killers and tried to institutionalize her (by blowing up his house with him inside). Meanwhile LAPD detectives Stan Carmichael (John Gallagher Jr.) and Moises Beltran (Ray Ortiz) are on Riley’s trail and unsurprisingly to the viewers, one of the detectives is good while the other is bad and is working with drug kingpin Diego Garcia and his gang members. Neither one of the supporting actors are memorable or given any substantial material to work with. The rest of the villains are faceless cartel and gang members who are trying to track down Riley before she causes any more problems for their operation and neutralize drug kingpin Diego Garcia.

While Peppermint does have some strong action sequences, there isn’t one single sequence that stands above the rest as the sequence everyone will be talking about after the end. If you’re a die-hard Jennifer Garner fan, you may enjoy this movie more than I did, but I will only remember this movie as a failed attempt to bring back the revenge thriller genre with the hopes that miss Garner can do what many before her could not. It won’t be long before this revenge thriller is also forgotten.

Have you seen ‘PEPPERMINT’? Well, what did you think?